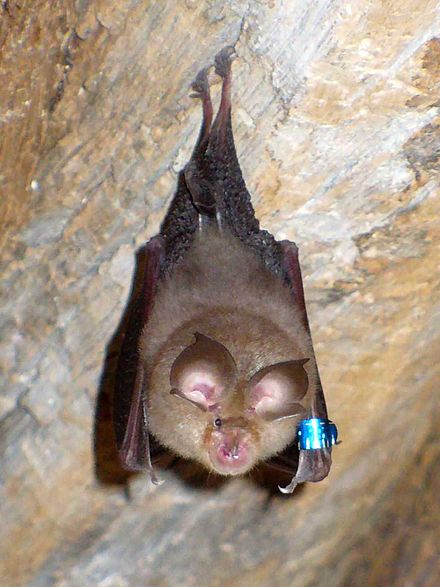 The most important takeaway about the just-released WHO report on the origins of the SARS-CoV2 virus that has infected over 100 million people to date may not be its initial findings, which need to be held under the microscope, but the fact that it has been issued at all.

Speaking at a press conference on Tuesday, WHO’s Peter Ben Embarek, who coordinated the politically fraught WHO mission to Wuhan, China in January and the report produced after the visit  – stressed that it was the beginning of a process  – and a quest. It will take much more time for the 17 members of the international expert committee – and the world – to unravel.

Glass Half Full – Half Empty

The weaknesses of the report are already apparent, say experts, whose views were shared confidentially with Health Policy Watch.  The committee’s methodology for ranking some scenarios, like transmission through food products, as very likely, while ranking others, like a laboratory biosafety incident, as “extremely unlikely”  was foggy, with no real objective criteria measurement cited.

The team discounted too rapidly the possibility that the virus could have emerged from a lab biosafety accident at the Wuhan Virology Institute – world-famous for its study of bat coronaviruses that are the closest known relatives of SARS-CoV2.

Asked at the press briefing, how the team decided to rank the probability of the four different theories it considered, Ben Embarek said that the method was debate and discussion among the team members until they reached a consensus.

And so it was also no surprise that WHO DIrector General Dr Tedros Adhanom Ghebreyesus, was already walking back on one of the report’s key conclusions.  In a closed-door briefing to WHO member states, that preceded the report’s public release, the WHO Director General stated:

“Although the team has concluded that a laboratory leak is the least likely hypothesis, this requires further investigation, potentially with additional missions involving specialist experts, which I am ready to deploy… I do not believe that this assessment was extensive enough. Further data and studies will be needed to reach more robust conclusions.”

Significantly, Tedros himself also did not appear at the WHO media briefing – but rather let Ben Embarek, a WHO food safety expert who coordinated the mission by the international expert team to China, appear as the single WHO interlocutor on the public stage.

And not long after the press conference was finished, some 14 governments led by the United States, Australia and Canada, but also including Denmark, Japan, Norway, Korea and the United Kingdom, issued a joint statement expressing, “shared concerns regarding the recent WHO-convened study  in China, while at the same time reinforcing the importance of working together towards the development and use of a swift, effective, transparent, science-based, and independent process for international evaluations of such outbreaks of unknown origin in the future.”

The group of 14 member states complained about the fact that the study was “significantly delayed and lacked access to complete, original data and samples”, stating that going forward, there is a need for “further studies of animals to find the means of introduction into humans.

“Going forward,” the member states added,”it is critical for independent experts to have full access to all pertinent human, animal, and environmental data, research, and personnel involved in the early stages of the outbreak relevant to determining how this pandemic emerged. With all data in hand, the international community may independently assess COVID-19 origins, learn valuable lessons from this pandemic, and prevent future devastating consequences from outbreaks of disease.”

Half Empty -missing and incomplete data

Among the specifics being raised by experts and observers in the wake of the report’s release are the following:

Despite the shortcomings, committee members at the briefing stressed the new evidence that they had gathered, which provides a basis to push ahead with more studies.

Chief among those is a direct line of supply chain provision of wild animal products from regions such as Yunnan province, which are known to harbour bat coronaviruses similar to the SARS-CoV2 – to the Huanan Market in Wuhan – where the most intensive cluster of initial cases first appeared.

“Some of the market stalls in the (Huanan Seafood) market in Wuhan were selling [wild animal] foods foods originating from wildlife farms in known coronavirus hotspots” elsewhere in China, said Ben Embarek, citing what is perhaps one of the most important findings of the study.

“From the animal side, … the events began to fit together when we looked at the molecular data the epi data and the animal data – they all seemed to fit to form a big picture story about what likely happened, and I think that’s quite exciting,” added Peter Daszak, a leading team member and president of the EcoHealth Alliance.

“From the outside, it would have been incredible to have a bat with the exact same lineage of viruses, we didn’t see that yet –  that will come in the future I think.

“What we did see on the animal side is clear evidence… that there was a pathway to that market and animals that we know are Coronavirus carriers, from places where the nearest related viruses are. What that does is it shows you there is a pathway, that this virus could have taken to move  800-1000 miles from the rural parts of South China, Southeast Asia, into this market, that was exciting to see.”

Those insights are all the more critical as the world grapples with a rapid pace of ecosystem deterioration, and more industrialized forms of animal food production, which present considerable risks of virus emergence that need to be better understood by the public at large.

On the patient side, despite the Chinese authorities’ fragmented provision of patient and epidemiological data, the evidence culled by the team still remains clear. Already in December 2019, there were diverse strains of the SARS-CoV2 virus already circulating in the city – suggesting that that the infection had already made its way into the city’s population some time before.

Said Marion Koopmans, a Dutch virologist and epidemiologist: “The SARS CoV-2 virus was circulating in the Wuhan market market in December 2019, but it was also circulating elsewhere in the city, in cases unrelated to each other,” she noted at the press briefing. .

The team also noted that despite the multiple restrictions and barriers put up by Chinese governmental authorities – the atmosphere between scientists remained positive – creating what Ben Embarek called a “space” for the scientists to do their work.  And despite considerable pressure from China to point the finger abroad, the team’s testimony makes it clear that the next research steps on the virus trail must be taken in Wuhan, China as well as in rural areas that harbor bat coronaviruses – rather than more far-flung parts of the world.

What remains is a long road ahead, requiring investment in more rigorous, and as some team members rightly noted – more expensive studies – based upon evidence-driven demands and requests to Chinese authorities for more detailed data – on both the food safety as well as the human epidemiological side of the virus coin.

In light of the WHO Director General’s comments about the inadequate analysis of the laboratory biosafety risks – it is also likely that WHO member states in Europe or the Americas (read USA), may demand a fresh query into that hypothesis – involving actual biosafety experts who were not members of the original virus origins team.

Ultimately, It will be up to the WHO member states that mandated the report, informed by outside, independent experts and observers, to nurse the origins study  – or studies – through to more significant, and final conclusions. In that quest, Europe, the United States and their allies will need to steer a delicate course between exertion of the right amount of political pressure on the one hand – and alienating attacks that only foster anger and geopolitical tensions of the kind visibly on display during the era of former US President Donald Trump.

And from the point of view of scientists – It is a process that may require months, if not several years – WHO’s Ben Embarek warned.

“”How long will it take? That is always difficult to predict.” he said, pleading with the world to “please be patient.”   Although, despite the heat that the WHO team has received, his appeal was shadowed with appreciation for the fact that a certain amount of vigilance – may also be constructive:

“It’s an exciting adventure that I hope the whole world will continue to follow.. it’s a fascinating journey and a critical one because it’s the only way we can understand what happened, and more recently tried to prevent something similar for happening again.”