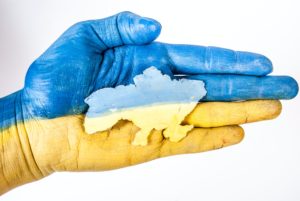 The World Health Organization (WHO) on Wednesday appealed for a “humanitarian corridor” to enable it to deliver emergency medical supplies to sick and injured Ukrainians – particularly oxygen, insulin and equipment needed to treat battle wounds.

The WHO appeal at a media briefing Wednesday came just hours before the UN General Assembly overwhelmingly approved a resolution that “deplores” Russia’s “aggression against the Ukraine” – on a day when Russia ramped up its bombing and shelling of major Ukranian urban centres, including Kharkhiv, Kherson and Mariupol, leading to evermore mounting casualties, by the hour.

As for humanitarian supplies destined for the beseiged country, “the first shipment will arrive in Poland tomorrow, including six metric tonnes of supplies for trauma care and emergency surgery,” said WHO Director-General Dr Tedros Adhanom Ghebreyesus at the media briefing.

But getting the supplies to thousands of critically injured and ill people is yet another matter, he said.

“There is an urgent need to establish a corridor to ensure humanitarian workers and supplies have safe and continuous access to reach people in need to support our response,” added Dr Tedros.

“These are ordinary civilians being broken and the health system is going to have to put them back together again and they need this very specialised equipment,” said Ryan.

WHO also has a large stock of supplies in the country, concentrated in the Ukrainian capital city of Kyiv, Ryan added.  But those stores, right now are “blocked” by the constant bombardments and tightening Russian blockade around the city.

He appealed for  “humanitarian access, corridors, moments of peace – anything that can be done … where we can move supplies, move patients.”

‘You can’t wait for oxygen’

An estimated 2000 COVID-19 patients remain seriously ill in hospital and in need of high-flow oxygen, Ryan added. WHO had warned earlier this week that oxygen was in short supply for those people and others with chronic conditions. But there are now soaring needs for more oxygen to treat the war-wounded, children struck with pneumonia, as well as mothers and newborns birthed in desperate conditions.

“Oxygen is lifesaving, full stop. And when you need it, you can’t wait until tomorrow,” Ryan said, warning that without a replenishment of supplies soon “people will die needlessly in the dark. They are dying needlessly to start with, but there is a secondary level of needlessness”.

“When you see nurses mechanically ventilating infants in basements of hospitals, even the toughest of us struggle to watch those heroes… taking care of those kids.

“It’s really important that we don’t just break this down into supplies and commodities that we have to deliver,” he stressed. “This is people’s bodies. People’s bones are broken, people’s lives are being lost.”

WHO training in mass casualty management

Ryan also disclosed that the WHO had been conducting training in “mass casualty management and major surgical training” in hospitals all over Ukraine over the past few months – in anticipation of a possible Russian invasion.

However, when asked why the WHO never mentioned Russia in its statements, Ryan said that the WHO stood for peace and did not want to get involved in the politics of the conflict.

“Our primary purpose is to sustain and preserve the health system in Ukraine that may serve the people of Ukraine and we will do everything in our power to make that happen,” said Ryan.

The senior leadership was more outspoken about attacks on health facilities and health workers are, which Dr Tedros described as a violation of international law.  He said that the WHO had confirmed one such report, which killed four people, and was in the process of verifying reports on several other incidents. The Ukrainian army claimed yesterday that a hospital had also come under attack in Kharkiv after Russian forces landed in the city.

“We have received several unconfirmed reports of attacks on hospitals and health infrastructure and one confirmed incident last week in which a hospital came under heavy weapons attack, killing four people and injuring 10, including six health workers,” said Dr Tedros.

“The sanctity and neutrality of health care, including of health workers, patient supplies, transport and facilities, and the right to safe access to care, must be respected and protected.”

Maintaining COVID-19 care during a war

Dr Jarno Habicht, head of the WHO’s Ukraine Country Office, said that while there was a protocol in place to move goods from Poland to Ukraine, this was only possible where direct military offensives are not taking place.

“So there is certain access, but as the situation evolves, that access is decreasing and the challenge is that where the major needs are for the surgery, trauma care, there we don’t have access,” said Habicht.

He added that an Omicron-driven COVID-19 outbreak had peaked in Ukraine in mid-February and although this wave had been milder, many elderly people had been hospitalised.

The mass movement of people throughout the country to try to avoid the war is now likely to exacerbate the spread of the virus once more, he warned.

“Infectious diseases ruthlessly exploit the conditions created by war: the increase the transmission of these diseases from the crowding, the conditions. More people are vulnerable in the settings and there’s less care available for them. It’s as simple as that. What can we do about it? Number one, stop the war,” said Dr Bruce Aylward, a WHO special adviser.

Over 870,000 refugees from among Ukraine’s 44 million people, have already entered surrounding countries, which also are battling COVID-19, Dr Heather Papowitz, the WHO’s incident manager for Europe, reported. This inflow also will strain their health systems, she predicted.

"They are just very young, they don't understand."

Olga fled Ukraine with her children when the first bombs fell. pic.twitter.com/GDsHiZ6rSw

WHO’s briefing came just hours before the UN General Assembly voted overwhelmingly to “deplore” the Russian invasion. The vote came in a resolution supported by 141 of the Assembly’s 193 members, at an emergency session called by the U.N. Security Council.

Meanwhile, UNICEF also called for an immediate suspension of hostilities, and the UNHCR warned that the humanitarian crisis being seen now, on day seven, of the crisis, is only the beginning.

“As we speak there are 520,000 refugees from Ukraine in neighboring countries. This figure has been rising exponentially, hour after hour, literally since Thursday.” said High Commission Filippo Grandi, in a Tweet Tuesday. And indeed, 24 hours later, WHO estimates were that more than 800,00 people had fled.

Meanwhile, heavy fighting continued in the strategically-located Black Sea port city of Kherson, while Russia claimed that it had taken control of the city, following hours of continuous air strikes and bombardment  that has destroyed thousands of homes, and forced hundreds of thousands of people to flee – if they could.

Russia meanwhile continued shelling and bombing other key cities, including Kharkiv and Mariupol, in its efforts to subdue the country that has shown unusually stiff resistance, despite the overwhelming imbalance of weaponry in favour of Moscow.

Mariupol was near a “humanitarian catastrophe,” after more than 15 hours of continuous bombardment, its mayor told BBC. He said water and power to parts of the city had been cut off, a densely populated residential district nearly flattened, and hundreds of people were dead – with no way to even retrieve the bodies.

Speaking to Health Policy Watch, diplomatic sources in Europe warned of a pending Russian attack on Kyiv, around which a massived columns of tanks and armored personal carriers have been grouping over the past few days, despite stiff Ukranian resistance on the roads. The next stage of Russian attack could likely involve “precision guided missiles,” aimed at the key government buildings of the city center.

“Don’t know how precise it will be, there will certainly be lots of casualties,” said one source.

“We see hospitals are being bombarded, people have nowhere to go.  They have bombed out whole cities and there are no green zones for non-combatants.  People don’t have bomb shelters because Ukraine hasn’t fought anyone since World War II. It’s like Canadians fighting Americans, no one could have imagined it could go to this level of barbarity and cruelty,” said one former resident of Kyiv, who spoke with Health Policy Watch.