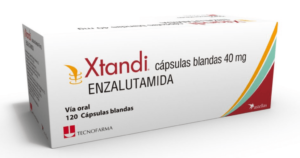 United States cancer patients protesting the price of a prostate cancer drug that costs up to five times more in the US than in other high-income countries have recently revived a petition to lower it’s price – a battle that was lost during the administration of US President Barack Obama but seems to be gaining more political momentum now.

The petition, submitted to the Department of Health and Human Services, is callling upon the administation of another Democratic President, Joe Biden, to exercise its so-called “march-in” rights that would enable generic competition to lower the drug’s price – as provided for in legislation covering drugs that received government R&D funding.

Xtandi (enzalutamide), which is co-licenced by Japan’s Astellas Pharma and Pfizer, costs US patients about $156,000 a year on average – five times more than it costs in Japan and Canada, according to Knowledge Ecology International, which is champining the new appeal.  In Denmark, the drug costs about $45 per capsule, as compared to $113-130, in the US, while in some countries generic vesions are available for as little as $1.72.

The differential is particularly striking insofar as Xtandi was developed at the University of California Los Angeles (UCLA) with the support of grants from the US National Institutes of Health (NIH) and the Department of Defense (Army).

Back in 2016, the Union for Affordable Cancer Treatment (UACT) and Knowledge Ecology International (KEI) failed in their quest to get the National Institutes of Health (NIH) and Department of Defense (DoD) to use their “march in” authority under the Bayh-Dole Act to authorize the generic production of the expensive prostate cancer drug.

Under the Act, the federal government is able to award third-party licenses if the patent holder does not make the product “available to the public on reasonable terms.”

Prostate cancer drug Xtandi costs as much as six times more in the U.S. than it does overseas, despite being developed by U.S. taxpayer dollars.

I'm urging @HHSGov to use its authority to dramatically lower this drug's price for Americans and stop Big Pharma's price-gouging.

However, since then, the high cost of many drugs in the US – as compared to Europe and other high-income countries –  has received more public attention recently, and there are some signs that the petition could be picking up political steam – at least among Democrats.

“Xtandi is not the only case where Americans are paying exorbitantly high prices for prescription drugs – there are legions of examples. But the Xtandi costs are particularly galling because the drug’s research and development were underwritten by American taxpayers,” according to their letter.

The high cost of the drug means that insurers often require its pre-approval, at repeated intervals, which can delay treatment, the petition’s supporters say.  That is without reference to the high insurance co-payment charges that may be required, even if the drug is covered, which can be a big financial burden to many patients.

A statement by Astellas, dated 9 February, claimed stated that, “while the U.S. government contributed approximately $500,000 to the initial discovery of the molecule that eventually became XTANDI, Astellas has invested more than $1.4 billion to date in research and development efforts for XTANDI.”

A response by KEI said “that is a lot to unpack,” noting that  “Charles Sawyers, the lead inventor on the Xtandi patents, is listed as the principal investigator for $27.7 million in NIH-funded projects and $8.3 million in subprojects, beginning in 1985.  Michael Jung, another of the Xtandi inventors, was the principal investigator for 42 NIH grants involving $5.99 million….

“Once Xtandi was approved by the FDA on August 31, 2012, it became a commercial and profitable product that has generated more than $20 billion in global sales,” added the KEI statement – calling for a more transparent accountancy of the R&D costs of the drug pre-approval, and how those costs were covered.