Many children in the global south are drinking more sugary drinks than milk – thanks to the aggressive promotion of ultra-processed food to low and middle-income countries (LMICs) in the past two decades.

Global obesity and diabetes rates have exploded as a result of dietary changes, and these conditions have made people far more vulnerable to severe COVID-19 illness – and not a single country has been able to reverse their obesity trends.

Thursday’s United Nations Food Systems Summit (UNFSS) aims to “build a global conversation on the way in which we produce, process, and consume food, and galvanize global actions and commitments to change our food systems to provide safe, nutritious food for all within our planetary boundaries”, according to the UN.

But summit preparation has been rocky. Its organisers have been accused of lacking transparency and giving big food, alcohol and tobacco companies a seat at the table, according to a letter signed by internationally renowned food policy academics and international NGOs including the Non-Communicable Diseases (NCD) Alliance.

Meanwhile, a number of organisations – particularly representing small farmers and indigenous people – boycotted its pre-summit in Rome in July, citing unhappiness with the dominance of agribusiness.

“The issue of landlessness and land grabbing is not on the agenda of the UNFSS.  Nowhere in its so-called Action Tracks do discussions highlight critical trends such as on land concentration and reconcentration in the hands of big agribusiness firms and their network of local landlords and compradors, nor on the massive displacement of rural communities to give way to big private investments and large development projects,” said Chennaiah Poguri, chairperson of the Asian Peasant Coalition (APC).

Nonetheless, at least 85 heads of state are expected to share their commitments to addressing the global food crisis, according to a UNFSS media release on Monday.

“After 18 long months, the world is on the brink of a summit that aims to change the trajectory of global progress, uniting everyone in a shared commitment to deliver the Sustainable Development Goals and the fundamental human rights at their core,” said Agnes Kalibata, the UN Secretary-General’s Special Envoy for the summit.

However, the appointment of Kalibata, a former minister of agriculture in Rwanda, has also been controversial. Critics accuse the organisation she heads, the Alliance for a Green Revolution in Africa (AGRA), of opening African markets to “corporate monopolies controlling commercial seeds, genetically modified crops, fossil fuel-heavy synthetic fertilizers and polluting pesticides”, and asked the UN to revoke her appointment.

Despite the controversies, the need for a change in global food policy is urgent. Around eight million people die annually due to poor diets, according to the Bloomberg Philanthropies’ Food Policy Program, which has committed over $435 million to help public health advocates to promote healthier diets through policy change.

Obesity has almost tripled since the mid-1970s, with over 1.9 billion adults and more than 370 million children and adolescents now overweight or obese, according to the World Health Organization, while the prevalence of type 2 diabetes has doubled since 1980, affecting about 420 million people.

“The most plausible explanation for this change? The rapid rise in consumption of ultra-processed foods and beverages – products that have been chemically or physically transformed using industrial processes,” adds Cotter, who is also part of the Bloomberg program.

Transnational corporations “use their power to formulate, mass manufacture, distribute and aggressively market their products worldwide” and also “shape scientific findings by funding in-house and university-based research, so as to defend and promote ultra-processed foods”, according to the academics, who include Carlos Monteiro, Professor of Nutrition at Sao Paulo University, Marion Nestle, Emeritus Professor of Nutrition at New York University and the University of North Carolina’s Professor Barry Popkin.

Cotter, who has worked on international communication campaigns aimed at encouraging healthy eating, says that “ultra-processed products have crept into our lives under the guise of convenience backed up by some extremely clever and consistent marketing”.

“We cannot simply place the onus on individuals to change lifestyles or make healthier choices when there often is little choice available for healthier products or consumers are swamped by alluringly marketed, ready-to-eat, convenient and tasty products advertised by Big Food,” she adds.

“There’s no question that these products must be regulated and taxed to reduce consumption. But without the support of government policy, this task—of avoiding the health consequences of populations consuming ultra-processed products—is nigh impossible. The onus is on governments to act, and to act now.”

Most Mexican kids had sodas for breakfast

Mexico was the first country to tax sugary drinks in 2014, as it struggled to address the strain on its health system stemming from almost three-quarters of its population being overweight.

Prior to the tax, Mexico had one of the highest consumption rates of sugary drinks in the world, and 70% of rural primary school children and 80% of high school students had one for breakfast every day.

A year after it had implemented a 10% soda tax, sugary drinks purchases declined by 9% among the poorest third of the population.

South Africa implemented a sugary drinks tax of around 10% in 2018 and has cut consumption by 28%, welcome news in a country where nine and 10- year-olds drink almost three times the global average of Coca-Colas every year.

Chile has cut sugary drink purchasing by 24% through a comprehensive policy approach that includes warning labels on bottles.

These warnings are important, says Cotter, because most shoppers spend less than 10 seconds choosing each food and beverage item.

Safe, nutritious food for all 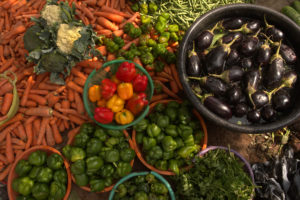 UN Envoy Kalibata says that summit has five interconnected objectives. These are to ensure access to safe, nutritious food for all; shift to sustainable consumption by reducing waste and creating demand for healthy diets; boost “nature-positive production,” (entailing reduced emissions and protection of ecosystems), advance equitable livelihoods; and build resilience to vulnerabilities and shocks.

Despite its controversies, Lucy Westerman, Policy and Campaigns Manager for the NCD Alliance, says that the summit “has succeeded in getting more people talking about food systems and the complexity of them”.

“We would really like to see this summit shift from promises and pledges to actual action and investment. It would be truly game-changing for those whose priorities lie in the health of people and planet to invest in what we know works at scale, without the interference of those with harmful interests,” adds Westerman.

She also appealed for the summit to be “one part of a much bigger conversation” and that includes the UN Climate Change Conference of the Parties (COP26) starting on 31 October and Nutrition For Growth to address malnutrition in December.

Whatever the outcome of the summit, it is evident that the world needs much more innovation to stop ultra-processed food and the twin epidemics of obesity and diabetes that it is fueling.