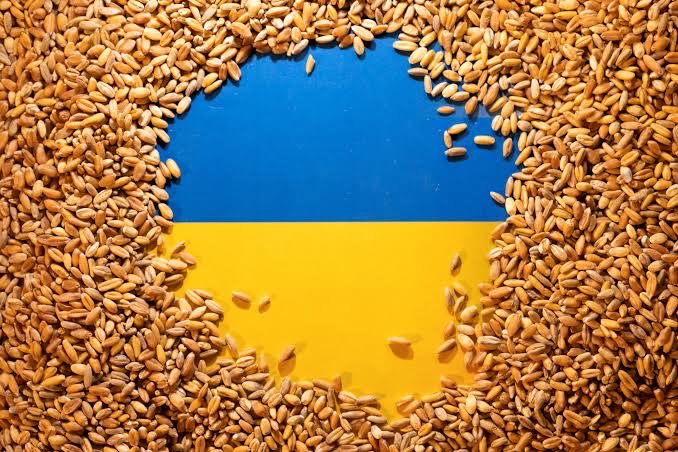 Russia’s ongoing refusal to let Ukranian grain lift its blockade of Black Sea ports is causing a global food crisis and has led to allegations that the country is weaponizing” the world’s food supply.

Over the weekend, Ukrainian President Volodymyr Zelenskyy warned that the world will face a “severe food crisis” as Russia’s war continues in his country.

“The world will face an acute and severe food crisis and famine,” he said, virtually addressing 575 delegates from 40 countries at the Shangri-La dialogue in Singapore, Asia’s top defense conference.

At the beginning of June, Senegalese President Macky Sall and chair of the African Union Chair, announced that Russia had told him it was ready to allow Ukrainian grain exports.

Last week, Sall urged Ukraine to de-mine waters around its Odessa port to ease much needed grain exports from the war-torn country on the basis that Russia has said it will not attack the ports – something Ukraine is not ready to believe.

Meanwhile, there are various reports that Russia has been stealing grain from some of the ports and selling it elsewhere, but this has been denied by Russia.

Ukraine and Russia produced 30% of the world’s grain.

Russia has also seized wheat, bombed silos and many railways, with Ukrainian Ministry of Foreign Affairs spokesperson Oleg Nikolenko noting that “Russia’s appetite was growing” as it destroyed the second biggest grain terminal in Ukraine on 7 June.

Russia destroyed the second biggest grain terminal in Ukraine. Millions across the globe will face more food insecurity. Russia’s appetite is growing. Now they want not only to eliminate Ukrainians but to put the world on the verge of famine. Helping Ukraine will help avoid this.

“The food [crisis] touches Asia, Europe and Africa. Russia has blocked the Black Sea. Prices are rising. Russia is violating international law,” Zelenskyy added, following his remarks at the dialogue.

Ukraine has asked Europe for temporary storage in an effort to secure the next harvest, with Deputy Agriculture Minister Markian Dmytrasevych highlighting that Russian occupation in the south and east has reduced the country’s grain storage capacity by 15 million tons, in a tweet from the Ukrainian Kyiv Independent.

As reported by Reuters, Russia’s foreign minister Sergei Lavrov has said that it is Ukraine’s responsibility to solve the problems of resuming grain shipments, adding that Moscow has fulfilled its necessary commitments.

Africa already acutely feels the ripple effects of the war in Ukraine.

A combination of drought in the Horn of Africa and hiked food and fuel prices have left poor families out of reach of food, in addition to killing crops and livestock. North Africa and the Middle East have already experienced a 70-80% increase in the price of wheat, a staple food in this region.

Both the United Nations and the US have addressed the resounding impact of the global food crisis.

“The Kremlin needs to realize that it is exporting starvation and suffering well beyond Ukraine’s borders, with countries in Africa that are experiencing an outsized share of the pain,” said Antony Blinken, US Secretary of State, in his remarks during a 6 June roundtable discussion on food security.

“The prices in the world are going up. We see in some countries up to 17 percent of inflation. We see shortages of food in many parts of the world, especially in the Sahel of Africa, the Horn of Africa and other populous countries that depend on wheat as a staple food,” said Amin Awad, UN crisis coordinator, to Rosemary Barton Live.

“If the world does not widen its gaze from the war in Ukraine and act immediately, an explosion of child death is about to happen in the Horn of Africa,” Rania Dagash, deputy regional director of UNICEF, told a briefing.

About 49 million people are at risk of falling into famine conditions in the months ahead, according to a Hunger Hotspots report published last week by the UN Food and Agriculture Organization (FAO) and World Food program.

“The war in Ukraine has exerted an upward pressure on already elevated food prices, with major effects on acute food insecurity,” the report reads.

For the Horn of Africa in particular, the Somali peninsula has 386,000 children in urgent need of treatment for life-threatening malnutrition, up from the 340,000 children who needed treatment in 2011, a year when famine killed hundreds of thousands of people.

Somalia is “on the brink of devastating and widespread hunger, starvation and death,” warned Dagash.

“[This is a] perfect storm for famine if action is not taken now.”