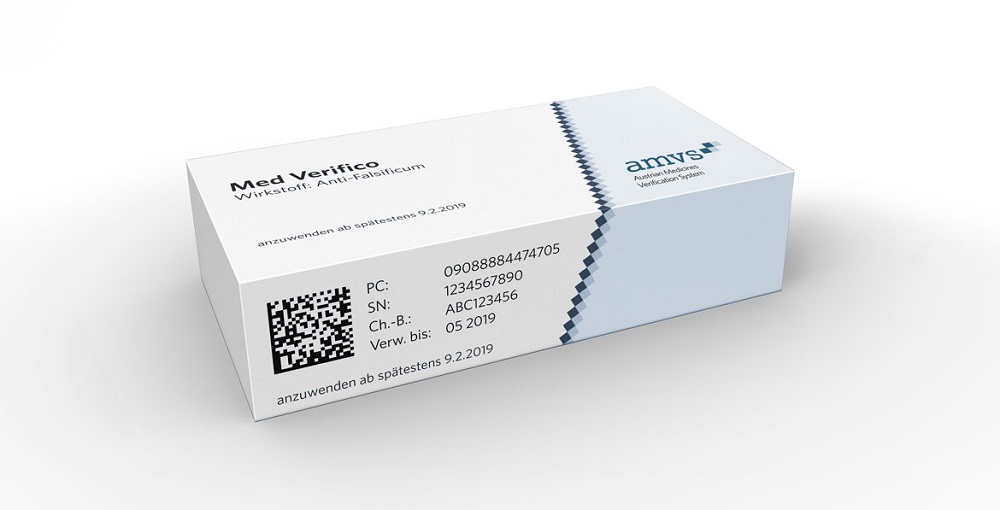 The European Medicines Verification System (EMVS) is a “world first,” according to a press release today from the agency overseeing its implementation.

“The new system is a world-first for its stakeholder model, its scale, its use of new technologies and represents an unprecedented step towards preventing falsified medicines from entering the legal supply chain,” said the European Medicines Verification Organization (EMVO).

Starting today, prescription medicines packages will have a unique identifier embedded in a “two-dimensional data matrix”) serialised by pharmaceutical manufacturers and parallel importers. The packaging will also be sealed with a tamper verification feature. The unique identifiers will be uploaded to by the manufacturer to the EMVS, which is known as the European Hub.

With dedicated software, wholesalers and others in the supply chain will scan the data matrix on the package to verify its authenticity along the way. Packages will be scanned at point of purchase. Data will be passed through a secure connection.

“Before dispensing the medicines to a patient, the unique identifier will be decommissioned from the EMVS by the pharmacist, hospital pharmacist or, in some special cases, the wholesaler,” the EMVO said. “This provides a final safety measure to ensure the end point verification of the medicines’ authenticity.”

“The EMVS is an interoperable system, meaning that all national systems within it can ‘talk’ to each other,” EMVO President Hugh Pullen said in response to questions from Health Policy Watch. “Therefore, wherever a pack travels in Europe, it will be possible to verify its authenticity by scanning the pack. This will make a big difference when it comes to eliminating falsified medicines from the supply chain.”

According to the release, the new system, which developed over several years, will is industry-funded and will not result in additional costs to consumers:

“EMVO was established in 2015 in accordance with the legalities set out in the FMD (Directive 2011/62/EU) [pdf] and the associated Delegated Regulation (EU/2016/161). Its members are organisations representing pharmaceutical manufacturers and parallel importers (Medicines for Europe, EFPIA, EAEPC), wholesalers (GIRP), community pharmacists (PGEU) and hospitals and hospital pharmacies (EAHP, HOPE). All technical developments of the EMVS are entirely funded by pharmaceutical manufacturers and parallel importers, whereas wholesalers and pharmacies contribute to the governance of EMVO and the national systems, meaning that the public makes no financial contribution to increase the security of the supply of medicinal products.”

“The EMVS has a unique structure that really makes it one of a kind,” Pullen said in the release. “It will connect around 2,000 pharmaceutical companies, around 6,000 wholesale distribution authorisation holders, 140,000 pharmacies, 5,000 hospital pharmacies and around 2000 dispensing doctors in 28 EEA countries” (noting that Italy and Greece will have longer transition times).

Setting up and activating the EMVS has cost approximately €100 million to date, Pullen told Health Policy Watch. Management of the system across Europe and including all actors in the supply chain, is expected to cost som €100-€150 million per year.

He also said the European-created system could be a model for other regions of the world.

Medicines for Europe, which represents the “generic, biosimilar and value added medicines industries,” issued a release hailing the implementation as a “major milestone,” but noted the cost. It highlighted the importance of the system also to generic producers, and it said “the industry funded system has required an investment of over 1 billion euros from manufacturers to update production and packaging lines and will require a further 100-200 million euros annually to maintain IT infrastructure.”

“These costs simply cannot be absorbed for the majority of generic medicines on the EU market,” the group continued. “Consequently, Medicines for Europe will call on national authorities to review the sustainability of supplying Europe’s essential medicines at very low cost while having to invest in massive regulatory compliance projects like FMD.”

The amount of “counterfeit” medicines in the European legal supply chain is estimated to be approximately .005 percent, according to a European Commission study cited in the EMVO release.

Elaine Fletcher contributed to this report.