The much-trumpeted European Union COVID Digital Green Pass, which launches 1 July and is meant to vastly ease travel to Europe for vaccinated and recovered passengers is being rolled out with one important hitch.

Anyone vaccinated with an AstraZeneca vaccine produced by the Serum Institute of India would not be qualified to get the pass – and that includes most citizens of low- and middle-income countries who were immunised with vaccines distributed by the WHO co-sponsored COVAX initiative.

That’s because the EU green pass will only recognise the Vaxzevria version of the AstraZeneca vaccine that was produced and manufactured in the United Kingdom or other sites around Europe, and thus approved by the European Medicines Agency (EMA).

In contrast, most of the COVAX facility’s global procurement and distribution was built around the “Covishield” AstraZeneca vaccine, produced by the Serum Institute of India.

As of 25 June, more than 89 million vaccines have been distributed by the COVAX initiative to some 133 mostly low- and middle-income countries of Africa, Asia and Latin America, according to Gavi, the Vaccine Alliance, which is administering the massive programme.

That’s a drop in the ocean of the more than 2.6 billion doses of COVID vaccines administered so far globally, according to WHO. But, it constitutes the majority of vaccines received in many of the world’s poorest countries.

According to the COVID-19 vaccination dashboard of the Africa CDC, over 90% of vaccine doses administered so far,  are Covishield.

While WHO has opposed issuing COVID passports at all, a key practical bone of contention emerging is the non-inclusion of Covishield and other WHO-approved vaccines on the list of EMA-approved products that can be considered for the EU digital green pass.

When Health Policy Watch searched for Covishield on EMA’s website, there was no record of the vaccine even though Vaxzevria, the version produced in Europe, is listed.

Traveller information issued by the authorities of the “Schenghen Zone” which includes EU countries plus several other non-EU European states like Norway and Switzerland,  also clearly states: “As the Member States reopen the borders for travel from non-EU countries for non-essential purposes, they also intend to issue EU COVID travel certificates to travellers from third countries intending to enter their territory. The Commission also intends to accept certificates issued in third countries, which are issued under the same conditions as the ones by the EU….In order for the traveller to be able to get the vaccine, he/she should be vaccinated with one of the EU-approved vaccines.”

The advice adds, however, a caveat stating that individual: “Member States, can, however, issue the certificate even to those who have been vaccinated with other vaccines if they are willing to do so.”

In all, only four vaccines have been authorised by the EMA, and they are ComirnatyⓇ (BioNTech, Pfizer), ModernaⓇ, Vaxzevria Ⓡ (previously COVID-19 Vaccine AstraZeneca) and JanssenⓇ (Johnson & Johnson).

Covishield is not even listed among the vaccines that are under review by the agency which has listed CVnCoVⓇ (CureVac), NVX-CoV2373Ⓡ (Novavax), Sputnik V Ⓡ(Gam-COVID-Vac), COVID-19 VaccineⓇ (Vero Cell) and CoronaVac Ⓡ(Sinovac).

Even though the passport regime is expected to go into effect next week, more than ten countries in the region, including Germany, Greece and Spain are already issuing the green digital pass. 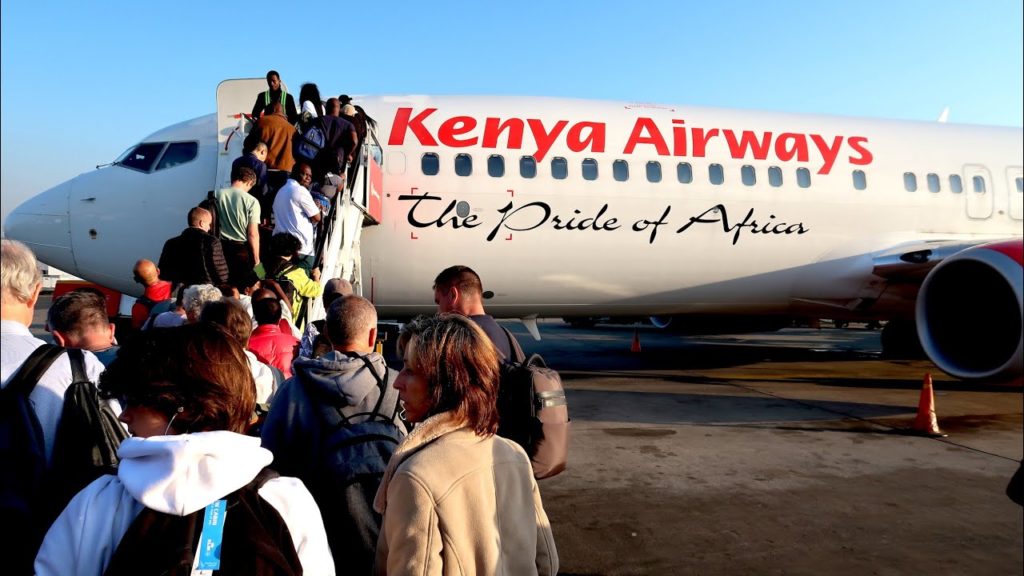 The double standard of EU recognition for identical AstraZeneca vaccines is beginning to send ripples across the African continent and African media – stimulating anger as well as stoking vaccine hesitancy, as reported by the French media channel, RFI.fr this week.

“When the [AstraZeneca] vaccine was received, representatives of the international community were present at Ivato airport in Antananarivo, including representatives of the European Union, to encourage people to be vaccinated,” said Emée Ratsimbazafy, vice-president of a Madagascar civil society association, told RFI.

“And then, all of a sudden, we learn that this vaccine is not recognised by the European health authorities. Why not? Many people are now wondering if this vaccine is really harmless and effective. Some people are now reluctant to be vaccinated,” he said, noting that the dual standard has raised fears that the COVAX vaccines are of inferior quality.

Madagascar’s Minister of Health, Professor Jean-Louis Rakotovao-Hanitrala, said he was “surprised and shocked” to learn that the vaccines being distributed wouldn’t be accepted in Europe.

“This vaccine was given to us by the WHO and welcomed by the European Union and all the UN agencies,” he was quoted as saying.  That , he said “makes us wonder if there is not one vaccine for Africans and another for Europeans”.

On the other side of the continent, Nigerian health experts are also worried that the EU policy may stimulate more vaccine hesitancy – threatening the delicately built trust in the vaccine that is most widely available.

“Something is definitely fishy somewhere. We need these people to come clean and tell us what is happening. My parents received this vaccine. Should we be worried?” one Nigerian woman, who asked to remain anonymous, told Health Policy Watch.

African countries do not have luxury of choices like European countries have and as such they need to continue to build acceptance around Covishield, stressed Oyewale Tomori, a Nigerian professor of virology and chairman of Nigeria’s Ministerial Expert Advisory committee on COVID-19.

“This is the vaccine that we have and we will continue to encourage our people to take while ensuring that we do not find ourselves again at the mercy of the rest of the world in future pandemics,” Tomori told Health Policy Watch.

WHO Officials – Protest in Africa, Silent In Geneva

At Thursday’s Africa Regional press briefing, WHO’s Regional Director for Africa, Dr Matshidiso Moeti, protested the double standard, telling reporters that the European green pass programme should recognize all eight vaccines that have been approved by the WHO, which include the AstraZeneca vaccines produced in India, as well as two Chinese-made vaccines, rather than only those that are EU approved.

“Increasingly proof of vaccination permits the removal of travel restrictions, and even if it is important to secure the frontiers and prevent the propagation of the virus, African’s shouldn’t be subject to any more restrictions because they can’t access a particular vaccine,” she noted.

“Only four of the eight vaccines recognised by the WHO are recognised by the European Medicines Agency for the digital passport system put in place by the European Union.  We hope that all countries will respect the principles of the International Health Regulations, and see to it that all vaccines are approved by the WHO and are accessible to everyone, before they can become a prerequisite for travel,” she sai.

Moeti said the WHO and EMA  use the same standards in assessing vaccines. “The safety and efficacy of all WHO emergency use listed vaccines has been proven globally in preventing severe COVID-19 illness and death.”

Added Richard Mihigo, African regional director for immunisation and vaccines development:  “Actually, WHO is in the process of working with the European Union so that there can be a harmonisation and a recognition by all of the EU members, for all of the products that were approved by the WHO, in a general manner.”

“What people have to understand is that the EMA only approves  products that are being used in the EU. For those [vaccines] not being used by the EU, they are not even submitted for approval to the EMA, and that is the case for AstraZeneca CoviShield, being produced by the Serum Institute of India, which was from the beginning intended to fulfil the needs for a segment of the market – the COVAX countries.

Mihigo stressed that there was “no ambiguity about the quality of this vaccine produced in India”.

“It’s strictly an administrative process, which has nothing to do with the quality of the AZ vaccine, which is being produced in several countries in Europe, the United States, India, and  South Korea.”

At Geneva’s headquarters, however, WHO officials speaking at a Friday press conference made no reference to the EU conundrum – despite protesting, in principle, the fact that COVID passports are being used at all in travel – when access remains so limited in many countries.

“WHO should not be recommending a requirement for vaccination as a condition of travel,” declared Michael Ryan, executive director of health emergencies, “and that is particularly related to the scarcity of vaccines and the fact that there is such an inequity of distribution of those vaccines –  plus uncertainties regarding the extent to which vaccination prevents infection, or transmission of the disease”.

“Any imposition of such a requirement for vaccination, around the world does, in effect, deliver a double inequality as individuals from countries who have no access to vaccines will then have no access to travel, and therefore it is very important that if we’re going to impose restrictions on the travel of individuals, we must at least attempt to do that from a level playing field of having access to vaccine,” Ryan added.

A Health Policy Watch request to WHO/HQ for comment regarding the exclusion of the Serum Institute version of the AZ vaccine from the EU green pass received no response, as of press time.