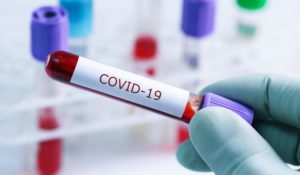 The precipitous drop in COVID-19 testing across the world since January has made it harder to track the evolution of variants, and is also undermining the potential of new antiviral drugs that have to be taken early to be effective.

Testing was a major focus of Tuesday’s meeting of the Access to COVID Tools Accelerator (ACT-A) facilitation council and the World Health Organization (WHO) media briefing that followed, which celebrated the publication of the Accelerator’s two-year impact report.

The ACT-A was created to develop and equitably deliver vaccines, therapeutics and diagnostics to those that need them the most, and the global vaccine delivery platform, COVAX, is its most renowned component.

“As many countries reduce testing, WHO is receiving less and less information about transmission and sequencing. This makes us increasingly blind to patterns of transmission and evolution. But this virus won’t go away just because countries stop looking for it,” chided WHO Director-General Dr Tedros Adhanom Ghebreyesus at the media briefing.

Earlier, he had told the council meeting that “low-income countries are testing at an average of two tests per day per 100,000 population. This is over 100 times lower than the testing rate in high-income countries.”

“In the last four months in the midst of Omicron, as cities in East Asia go on lockdown and vaccination rates stall, testing rates have plummeted by 70 to 90% worldwide,” added Bill Rodriguez, CEO of the Foundation for Innovative New Diagnostics (FIND).

Last Friday, the WHO approved Pfizer’s Paxlovid antiviral – a combination of nirmatrelvir and ritonavir – for patients with mild or moderate COVID-19 at high risk of hospitalization. But Paxlovid needs to be taken within three to five days of infection to be effective – which means access to testing.

While COVID-19 therapeutics hold a lot of promise, “there are some caveats and considerations around these treatments, particularly given the need to align with testing strategies and given those very testing strategies and rates are so low”, Loyce Pace, US Health and Human Affairs Assistant Secretary for Global Affairs, told the council.

The Medicine Patent Pool’s (MPP) Charles Gore told the council meeting that generic versions of Paxlovid were only likely by the end of the year.

He added that the MPP, which has an agreement with Pfizer to license generic producers to make Paxlovid for 95 low and middle-income countries, “cannot give a licence unless somebody applies for one” and when a company did apply “they’ve got to be able to meet our quality standards”.

The MPP had offered two licences to companies in Africa, “but they for various reasons declined to sign the licences”, he added

“There is a clear gap here in terms of promoting and supporting companies to be able to get to a standard where they can apply for licences, so that we have the most geographically dispersed manufacturing base that we can have in order to ensure this sort of supply security that we’ve been talking about so much in vaccines,” added Gore.

Despite the ongoing issues, various speakers lauded the ACT-A’s achievements.

COVAX has delivered over 1.4 billion to date across 145 countries worldwide, with Seth Berkley, CEO of Gavi, The Vaccine Alliance, calling it the “largest and most complex global vaccine rollout in history.”

It has also enabled 40 countries to begin their COVID-19 vaccination campaigns, helped build the sequencing capacity in Southern Africa that first detected the Omicron variant, and negotiated unprecedented deals with the world’s largest oxygen suppliers to increase access in more than 120 low- and middle-income countries.

But in spite of these accomplishments, Berkley noted: “We still have plenty to do.”

While 44% of people in lower-income countries have now been vaccinated with at least two doses of a COVID-19 vaccine and global coverage is 59%, the global vaccine equity gap is still too wide, said Berkley.

There are some 18 countries that have only protected 10% or less of their populations.

A  key criticism of the ACT-A in the first year of its operation was that it took COVAX too long to buy the mRNA vaccines  because it lacked the cash to compete with rich countries’ pre-market commitments to Pfizer, Moderna and Johnson & Johnson.

“The good news is that today we have access to as much supply as countries need to meet their national targets,” said Berkley. “That means that countries in turn can plan large scale rollouts with confidence that the doses they have requested. will arrive on time, including usually with our product of choice.

“But we cannot ignore the fact that many country’s health systems lack the capacity to simply switch on massive vaccination programmes alongside the other vital routine immunization services,” he added.

To address this Gavi has already made $600 million available for COVID delivery support to lower-income countries.

Berkeley also said that Gavi is creating a “pandemic vaccine pool” that could respond more quickly in the future.

A Gavi/ ACT-A pledging event on 8 April that raised $4.8 billion earlier this month, was the first step towards that ambition, said Berkley.

“Our donors stepped up and helped us launch a contingent financing facility that will help us ensure that when the need arises, and COVAX can step up and order new doses immediately,” he added.

While COVAX may not be fully funded, “this is still in stark contrast to 2020, when we first had to raise cash before we could place any orders, and it’s a sign of how far we have come as a multilateral solution, not just in helping address the challenges of this pandemic, but leaving us better prepared for the next one.” Berkeley said.

To rally the global community to support the flagging vaccination drive, a global COVID-19 summit co-hosted by the governments of Belize, Germany, Indonesia, Senegal and the US will be held on 12 May.

“We are inviting ambitious policy or financial commitments for that particular engagement. It’s going to be very important for all of us to come up with a new set of commitments that will help continue to drive this change and ensure that we are closing the gap and reaching those most in need or and most often left behind,” said Pace.