It was 11 November 2022 when Dr Sikhulile Moyo and his team of scientists in Botswana discovered Omicron in a sample of SARS-CoV2 that looked different from the rest.

“We sent it back to the lab to have it re-sequenced,” Moyo recalled. But by 19 November, the team was confident about what they had found. Two days later they reported what became known as the Omicron variant to the World Health Organization (WHO).

Moyo’s work raised a red flag for countries around the world. Even today, Omicron and its offspring remain the most dominant COVID-19 strain in circulation.

Moyo discovered the Omicron variant in Botswana through careful cross-examination of COVID-19 tests – which is the topic of the most recent Global Health Matters podcast with host Garry Aslanyan.

Garry has two guests with a deep understanding of diagnostics and their application worldwide: Sikhulile Moyo, the research laboratory director at the Botswana Harvard AIDS Institute Partnership; and Bill Rodriguez, the CEO of FIND, the global alliance for diagnostics, and the founder of his own diagnostics company, Daktari Diagnostics.

The COVID-19 pandemic has brought a new global awareness of the need for accessibility to diagnostics in order to protect people. In this episode, the guests help Aslanyan answer questions such as “how available are essential diagnostics in low- and middle-income countries (LMICs)?” They also help listeners better understand the state of diagnostic testing in LMICs and how to achieve equity in access to testing in all countries. 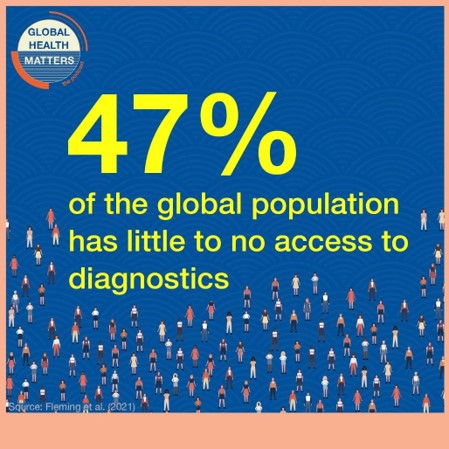 Moyo was able to sound the alarm on Omicron because Botswana had put a good testing system in place, meaning the discovery of Omicron was not an accident but the result of a strategic and intentional increase in diagnostics in the region.

“Botswana decided to make sure there was access testing to all districts by identifying ‘COVID zones,’ Moyo explained. “Each of these areas had a PCR lab and we used the infrastructure from HIV to develop a surveillance strategy that could be built on that. When someone tested positive, we could investigate it.”

The surveillance team genetically sequenced samples from entry points into the country and hospitals – both people who developed severe disease and those who died of the virus.

With regards to the general population, while not everyone could be sequenced, they aimed to conduct a representative sampling.

“Because we were sequencing weekly, we caught those Omicron samples in our batch,” Moyo said.

The scientists noticed that the variant appeared to be an unusual lineage, though they could not have known it would become a variant of concern (VOC). However, on reporting it, they learned that other labs had discovered something similar. Then, on 26 November WHO named it at VOC and gave it the name Omicron. Moyo said he is saving and is going to frame that email to WHO because it changed the world.

“For me, I was fulfilled as a scientist to report something like that,” Moyo said. “But it was also a rollercoaster of emotions because of the way the world reacted with travel bans. I think we learned a lot over the past two years and that reaction was unfortunate.”

Pandemics, according to Rodriguez, reveal all the existing problems in society. COVID-19 has highlighted the failure to invest in community-based diagnostics and revealed major gaps between the Global North and Global South in terms of equipment, manufacturing and qualified staffing.

“You may not remember, but two years ago, we became acutely aware of how important testing was and how little access we had to it anywhere in the world – for sure in low- and middle-income countries, but even in higher-income countries,” Rodriguez recalled.

“Now people understand it is a critical part of our health system and we need to make sure it is available,” he continued. “Equity in testing became a cornerstone of the global response to COVID.” 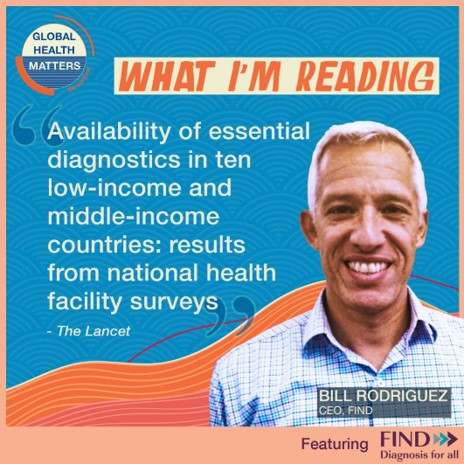 He said it highlighted the need to have a leader, like WHO, to deliver the message that testing was critical, but it also called to the forefront the need to establish diagnostic manufacturing facilities in the Global South.

“The factories that made the test kits were mostly in the Global North and that created problems and made a lot of countries realize how dependent they are,” he said.

Over the past 18 months, efforts have been made to establish sites in the Global South, from Latin America to South Africa – efforts that are too late for COVID, but will prove essential for any future pandemic, Rodriguez said.

The situation has also led to improvements in diagnostics and innovation. Today, nearly every country in the world now has the capacity to do sequencing of pathogens and share that information publicly so that it can be incorporated into a global response. Variants can be tracked in nearly real time – something that Rodriguez said was not really done before.

Moreover, the cost of testing has gone down, making testing more accessible to LMICs.

Yet, the testing technology has improved, allowing for multi-lineage molecular testing and more, which will change not only the world’s response to COVID but “will transform primary healthcare across the world,” Rodriguez said. 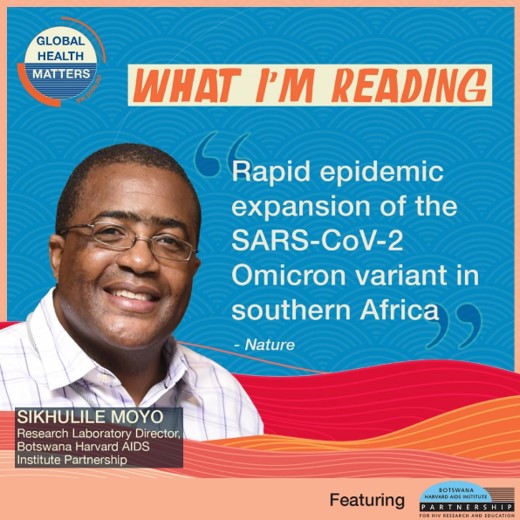 Also, Moyo noted, digital solutions have hit the market, such as mobile apps for communicating testing results, which has made proper diagnostics more viable.

“Some have said we should not waste a crisis,” noted Moyo. “We should use the opportunity COVID has given us to improve public health.”

Global Health Matters is available on Apple Podcasts, Spotify, Google Podcasts, Amazon Music, Stitcher or wherever you find your podcasts.

Read about and listen to more episodes on Health Policy Watch.

This article is part of our TDR Supported Series.