Attacks on health facilities appear to be part of a deliberate war strategy in Ukraine and other recent conflicts, according to the head of the World Health Organization (WHO) health emergencies programme. 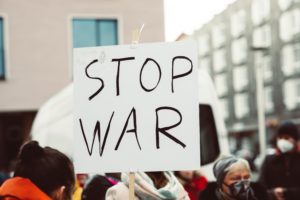 The WHO has verified 43 attacks on Ukrainian health facilities since Russia’s invasion on 24 February – and it expects further attacks as over 300 health facilities in conflict areas or under Russian control and a further 600 facilities within 10 kilometres of conflict.

But WHO Director-General Dr Tedros Adhanom Ghebreyesus told a media briefing on Wednesday that there had also been 46 attacks on health facilities worldwide since the start of 2022, and people caught in conflicts in Tigray, Yemen and Syria were in extreme need of humanitarian assistance.

Dr Mike Ryan, WHO Executive Director of Health Emergencies Programme, said that in these conflict zones, attacks on health facilities appeared to be deliberate – in complete violation of international law.

“We have never seen this rate of attacks on health care, and health care becoming a target in these situations. It’s becoming part of the strategy and tactics of war and it is entirely unacceptable,” said Ryan.

Multiple conflicts out of the global eye

“Although Ukraine is the focus of the world’s attention, it’s far from the only crisis to which WHO is responding,” said Tedros.

“In Yemen, roughly two-thirds of the population – more than 20 million people – are estimated to be in need of health assistance. In Afghanistan, more than half the population is in need, with widespread malnutrition and a surge in measles among many other challenges.

“And in Ethiopia, six million people in Tigray have been under blockade by Ethiopian and Eritrean forces for almost 500 days, sealed off from the outside world. There is almost no fuel, no cash and no communications. No food aid has been delivered since the middle of December and 83% of the population is food insecure,” said Tedros, who is from Tigray and added his family and friends were affected by the blockade.

Aid to Ukraine – but little for Tigray

The WHO has been able to deliver about 100 metric tonnes of supplies to Ukraine, including oxygen, insulin, surgical supplies, anaesthetics and blood transfusion kits; oxygen generators, electrical generators and defibrillators.

However, it had only received $8million of the $57.5 million it needed to support Ukraine.

In contrast, however, it had only been able to airlift 33 metric tonnes of medicines and other supplies to Tigray in December – enough for 300,000 people – after being denied access to the territory since last July.

“We estimate that 2,200 metric tonnes of emergency health supplies are needed to respond to urgent health needs in Tigray,” said Tedros.

Treatment for 46,000 Tigrayan people living with HIV has been abandoned, as has treatment for people with cancer, diabetes, hypertension and tuberculosis.

“The situation in Tigray is catastrophic. The blockade on communications, including on journalists being able to report from Tigray, means it remains a forgotten crisis. Out of sight and out of mind,” added Tedros.

Meanwhile, after weeks of global decline COVID-19 cases are on the rise again, especially in parts of Asia.

“In the last week, we saw an 8% increase in cases detected with more than 11 million cases reported to WHO despite a significant reduction in testing that’s occurring worldwide,” said WHO COVID-19 lead Dr Maria van Kerkhove.

She ascribed the increase to the spread of the Omicron variant – particularly the BA.2 lineage which is “the most transmissible variant we have seen of the SARS Co-V2 virus to date” – in a context where restrictions were being lifted globally.

Ryan added that the virus would move from one “pocket of susceptibility” where immunity was waning to another.

“This is how viruses work. They establish themselves within a community and they will move quickly to the next community that’s unprotected. If communities around the virus are well protected, the virus can sustain itself, even in small communities. It can stay there, it can rest there, and then wait until susceptibility grows.”