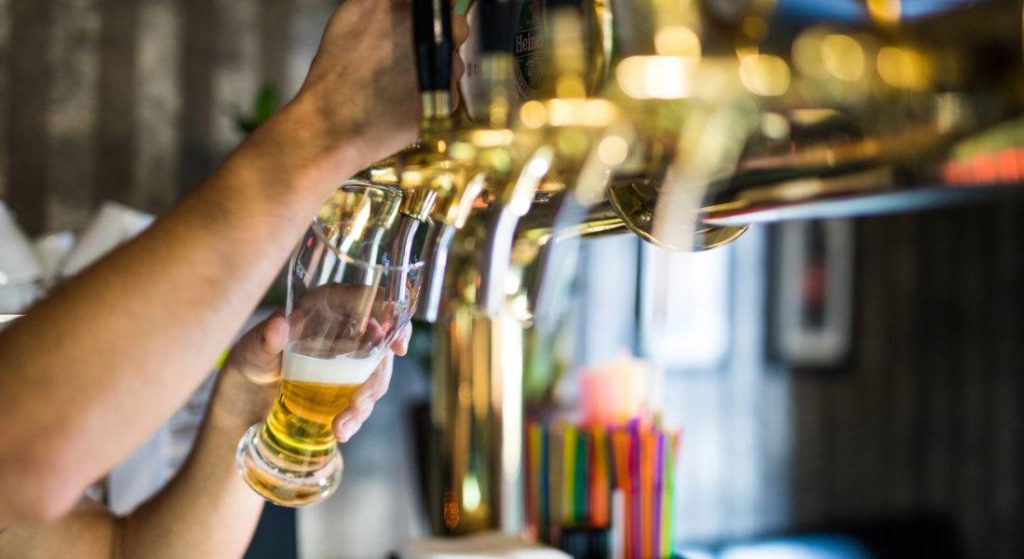 More than 740,000 newly diagnosed cancer cases in 2020 may be linked to alcohol consumption, with men accounting for more than three-quarters of those cases, a new global study estimates.

The study published in The Lancet Oncology estimates that men accounted for 77% (568,700) of alcohol-associated cancer cases last year, compared with women, who accounted for 23% (172, 600) cases.

The highest number of alcohol-associated cancers were found in Eastern Asia and Central and Eastern Europe, while the lowest was found in Northern Africa and Western Asia.

Globally, an estimated 4% (741,300) of all new cases of cancer in 2020 were associated with alcohol consumption, with cancers of the oesophagus (189,700 cases), liver (154,700 cases), and breast (98,300 cases) accounting for the largest number of new cases, followed by colorectal cancers and cancers of the mouth and throat.

The authors of the first-of-its-kind study have called for greater public awareness of the link between alcohol and cancers and increased government interventions to reduce alcohol consumption in worst-affected regions.

“We urgently need to raise awareness about the link between alcohol consumption and cancer risk among policymakers and the general public,” said Harriet Rumgay of the International Agency for Research on Cancer (IARC) in France.

“Tax and pricing policies that have led to decreased alcohol intake in Europe, including increased excise taxes and minimum unit pricing, could also be implemented in other world regions. Local context is essential for successful policy around alcohol consumption and will be key to reducing cancer cases linked to drinking,” said Rumgay.

The authors estimate that there were more than 6.3 million cases of mouth, pharynx, voice box (larynx), oesophageal, colon, rectum, liver, and breast cancer in 2020.

However, they say the number of cancer cases are likely to be higher as disruptions to health care and cancer services due to the COVID-19 pandemic are likely to have affected diagnosis rates.

Other limitations to the study include not taking into account former drinking or any relationships between tobacco or obesity with alcohol. This, researchers said, could have “attributed some cases to alcohol that were actually driven by, for example, smoking”.

Professor Amy C. Justice, Yale University, USA, (who was not involved in the study), notes that estimating the effects of alcohol intake on cancer rates across countries is “notoriously difficult”. She  said a quarter of alcohol purchases are not captured by government data, making it difficult to estimate accurate sales figures.

“Achieving a solid understanding of the burden of cancer associated with alcohol use, underlying mechanisms, and how best to intervene rely on accurate measures of alcohol exposure… Until we address limitations in measurement, we might be underestimating health risks, especially cancer risks, associated with alcohol,” said Justice.

In population-based study, researchers established levels of alcohol intake per person per country for 2010 then combined it with estimated new cancer cases in 2020 to estimate the number of alcohol-associated cancers in each country.

They could estimate how much alcohol people drank per year using estimates for alcohol intake in litres per year per adult based on alcohol production data, tax and sales data, surveys and opinion on unrecorded alcohol intake, and tourist alcohol consumption data. 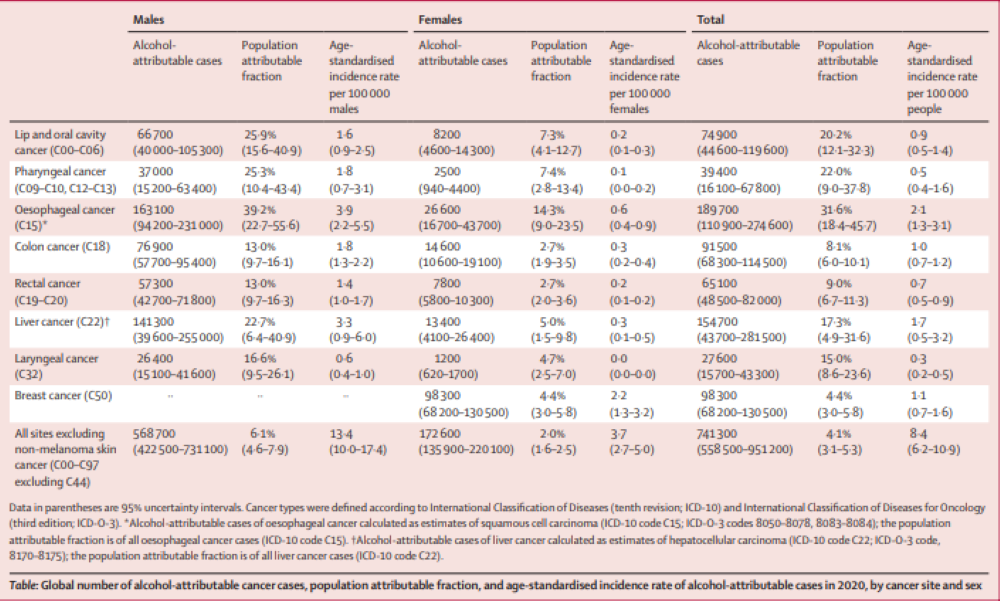 The researchers used figures outlining the risk of each cancer type included from alcohol consumption (per 10 grams of alcohol consumed per day) from existing scientific reports.

Risky drinking and heavy drinking led to the largest proportion of cancer cases at 39% (291,800 cases) and 47% (346,400 cases) respectively. However, moderate drinking was also found to be problematic, with estimates that this level of drinking accounted for 14% (103,100 cases) of the total of alcohol-caused cases.

The highest proportions (6%) of cancer cases that could be associated with alcohol were registered in Eastern Asia and Central and Eastern Europe regions. Northern Africa and Western Asia had the lowest proportions(1%).

However, the researchers note that in some cases, including Mongolia, they may have overestimated liver cancers that could have been caused by alcohol because of a possible interaction with Hepatitis B and C virus infection.

“Trends suggest that although there is a decrease in alcohol consumption per person in many European countries, alcohol use is on the rise in Asian countries such as China and India, and in sub-Saharan Africa,” said Rumgay, adding that the COVID-19 pandemic had increased rates of drinking in some countries.

“Our study highlights the contribution of even relatively low levels of drinking to rates of cancer, which is concerning, but also suggests that small changes to public drinking behaviour could positively impact future cancer rates.” said Rumgay.