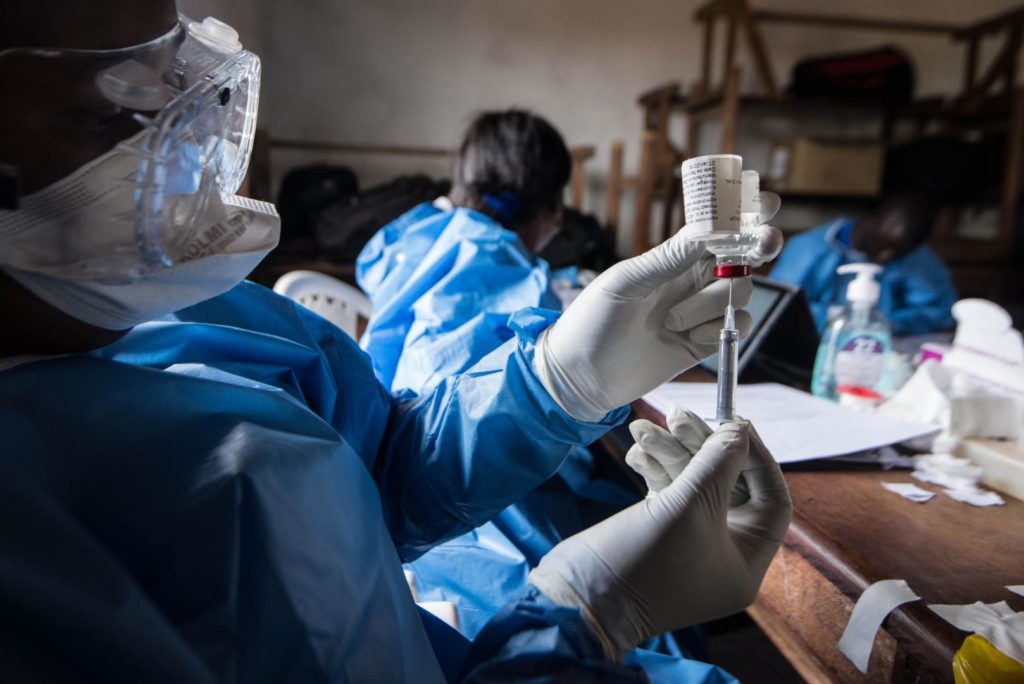 Those same constraints make the AstraZeneca (AZD1222) vaccine the most attractive option, despite its lower efficacy results, so far, which has averaged about 70 %, Moeti observed in a press briefing on Africa’s vaccine preparedness.

“The latter vaccine is much better and easier to handle with storage required…  unlike the Pfizer vaccine that would pose a big challenge with distribution,” Moeti said, referring to the ultra-freeze conditions at  -70° C that the mRNA-based vaccine candidate, Pfizer requires. Moderna’s vaccines can be stored at more moderate freezer temperatures of 2-4° C. In contrast, the AstraZeneca vaccine, which relies up an older, adenovirus delivery technology, only requires refrigerator temperatures of 2-8° C.

“In any case at an efficacy rate of 70% the AstraZeneca vaccine is still good enough,” she added. Most regulatory authorities have said even a bar of 60% efficacy would be acceptable to clear the way for new COVID vaccines.

Shortly after she spoke, AstraZeneca’s CEO Pascal Soriot told Bloomberg News that the company would run a fresh global trial to test a dosing option that seems to attain much higher, 90% efficacy levels. The higher results were in one arm of the trial already under way in the United Kingdom, the USA, and Brazil, after a serendipitous under-dosing of one group of volunteers under the age of 55 was found to yield better interim results than the 70% average.

“Now that we’ve found what looks like a better efficacy, we have to validate this, so we need to do an additional study,” Soriot was quoted as saying. Based on its existing results, however, Soriot said that he is also optimistic that AstraZeneca, which co-developed its vaccine with Oxford University, will remain on track to obtain regulatory approval for the vaccine in the United Kingdom and Europe by the end of the year.

Due to its low cost and modest cold chain requirements, AstraZeneca is expected to be one of the main vaccines to be supplied to many low and middle income countries, including through the COVAX facility global vaccine procurement and distribution facility, co-led by WHO and the Global Vaccines Alliance (GAVI). COVAX aims to support the vaccination of up to 20% of Africa’s population against the SARS-CoV virus by the end of 2021, Moeti said. But doing so is highly dependent on the rollout of cheap and accessible vaccines.

Under the plans of the COVAX facility, an initial 3% of Africa’s population – mainly health workers and the elderly will be immunized, with hoped for coverage of  20% of the population by the end of 2021, said Moeti.  Following that, Africa Centres for Disease Control (CDC) has said that it will lead another effort that will aim to vaccinate up to 60 % of the population, revealed Dr Moeti.

She added: “the COVAX vaccine will be highly subsidized thanks to donor contributions and will ensure Africa gets vaccines at the same time as everybody else”.

Beyond cold chain limitations, Africa’s overall preparedness for COVID-19 immunisation campaigns is low, Moeti said.  She referred to a recent WHO assessment that ranked the countries’ average readiness at only about 33%, significantly lower than the WHO benchmark of 80%, Moeti said at the briefing, where a WHO assessment of the continents “vaccine readiness” was presented.

The low level of readiness is worrying, given that the continent hopes to commence administering vaccines for the disease toward March, 2021, she said.

The WHO evaluation was based on national vaccine preparedness surveys performed by 40 out of the 47 countries in the WHO Africa Region. The national self-assessments evaluate vaccine country readiness based upon  10 key sets of indicators, including:  planning and coordination, resources and funding, vaccine regulations, service delivery, training and supervision, monitoring and evaluation, vaccine logistics, vaccine safety and surveillance, communications and community engagement.

After seeing the results of the surveys,  WHO held a meeting with ministers of health from across the continent two days ago, to brief them on the urgent need to up their preparedness levels, to ensure Africa was not left out of the global vaccination drive.

“At WHO, we are supporting countries to increase their preparedness levels and we will do everything possible to ensure Africa is not left out of COVID-19 vaccination initiative,” Dr Moeti told a press briefing on Thursday.

“We can say that we are far from getting there, each pillar has a different average that is supposed to be achieved before we can safely deploy vaccines and reach a maximum number of people,” said Dr Richard Mihigo, a WHO Immunization and Vaccine Development officer, at the briefing.

While cold storage capacity remains a big concern, countries can still rely upon pre-existing infrastructure – built over decades of vaccine campaigns – for vaccine cold storage. WHO is working with governments to support countries fill “cold chain gaps” before the exercise started, he said without providing details.

Along with that, a systematic media campaign needs to accompany the vaccine drive, to counter misinformation already appearing in social media, said Professor Helen Rees, Executive Director, Wits Reproductive Health and HIV Institute at the University of the Witwatersrand, South Africa.

Recent studies in South Africa have indicated that different socio-economic groups have different perceptions towards vaccines, with men generally less willing to be immunized, and educated members of the society being more willing, she offered. On the other hand, young people feel less vulnerable to the disease like their counterparts around the world, she added.

“For these reasons we need to develop different messages for different groups and be transparent with what we know about the vaccines. For example we need to explain why a vaccine prioritizes group ‘A’ and not group ‘B’, added Rees, who is also the Chairperson of  WHO’s African Regional Immunization Technical Advisory Group (RITAG).

“Vaccines are one of the biggest global health goods we have, and we must ensure they reach as many people as possible,” the professor added.

Ongoing Studies Needed To Determine Which Vaccines Are Best For Africa

It was important to have ongoing studies on available vaccines even as vaccinations begin, to see how they respond to the “African situation” said  Professor Pontiano Kaleebu, director Uganda Virus Research Institute (UVRI).

Currently some of the COVID vaccines in various stages of clinical trial appear to be more effective in preventing development of severe disease, while others seem to offer better protection against infection in the first place.

The latter would be more desirable, over time,  especially in Africa, where more of the cases are mild, he said. He echoed the sentiments of Moeti, that overall, the Pfizer vaccine is untuiable for African conditions, noting that even laboratories have trouble handling samples that need storage at -70 C.

So far Africa is the continent with the fewest infections — around 2.1 million cases and 50,000 deaths. More than 84 % of the infections have been mild or asymptomatic. It has also participated in the fewest number of trials for both drugs and vaccines. Although one major multi-country African trial of COVID-19 drug treatments, supported by the Drugs for Neglected Diseases Initiative (DNDi), just got underway this week.