Although COVID-19 cases were down by 80% since February, “last week, one person died with COVID-19 every 44 seconds and most of those those those deaths are avoidable,” said Tedros.

“There is no guarantee these trends will persist. The most dangerous thing is to assume they will,” he added. “You might be tired of hearing me say the pandemic is not over. But I will keep saying it until it is. This virus will not just fade away.”

On monkeypox, Tedros said that there was a downward trend in Europe and although cases in the Americas also appeared to decline, it was “harder to draw firm conclusions about the epidemic in that region”.

“Some countries in the Americas continue to report increasing number of cases and in some, there is likely to be under-reporting due to stigma and discrimination or a lack of information for those who need it most. 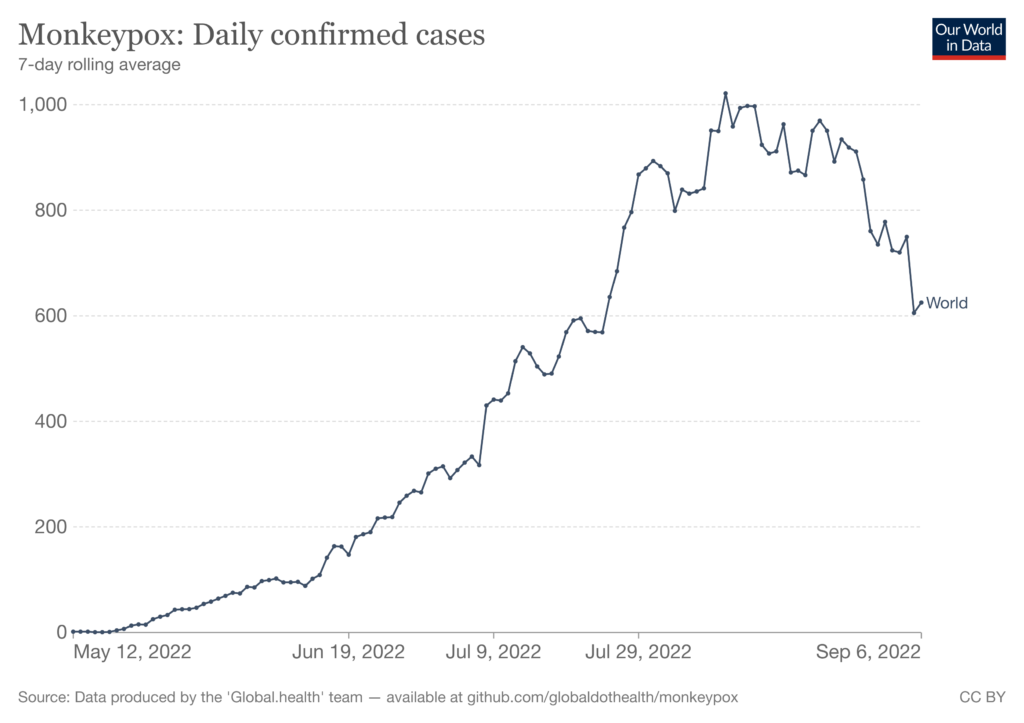 “But as I said earlier, a downward trend can be the most dangerous time if it opens the door to complacency,” stressed Tedros. “WHO continues to recommend that all countries persist with a tailored combination of public health measures: Testing, research and targeted vaccination where vaccines are available.”

He added that community engagement is vital, and that the WHO had consulted with community leaders from all over the world to listen to their views and concerns and to “emphasise the informed importance of responding to monkeypox using existing services and infrastructure, including those for HIV and sexual health”.

Tedros also stressed the importance of the global negotiations on an appropriate global instrument to address future pandemics, adding that more public hearings on this would be held by the WHO’s intergovernmental negotiating body (INB) later this month.

Meanwhile, WHO Executive Director of Health Emergencies, Dr Mike Ryan said that he hoped that it would be possible for the WHO’s Strategic Advisory Group of Experts on Immunization (SAGE) to develop a vaccination schedule for COVID-19.

“Many countries now are offering people third and fourth doses of vaccine and we will have to come to a point where there’s some kind of schedule created that’s beyond the idea of a primary schedule,” said Ryan.

‘Obviously, it’s tough for countries to deal with ad hoc policy where you’re adding an extra booster on for certain people after so many months, and it’s very easy to become incoherent,” he added.

“I think governments are making the best decisions they can, based on the data that they have, but ultimately we need to settle down into some acceptable pattern of vaccination boosting.”

However, WHO technical lead on COVID-19, Maria van Kerkhove, said that while many people were hoping that SARS CoV2 would “fall into some kind of a seasonal pattern like we see with influenza, right now we don’t have that predictability”.

“The reason for that is because we’re seeing this virus continue to evolve quite rapidly.”