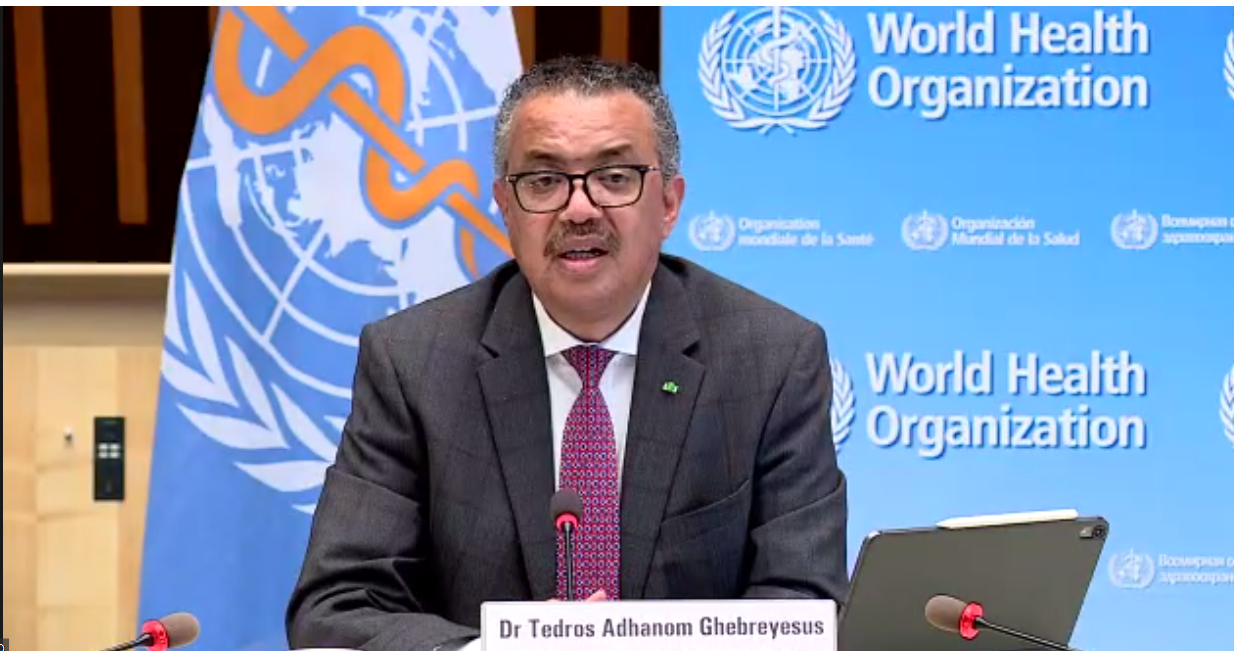 WHO’s Director General Dr Tedros Adhanom Ghebreyesus slammed plans by Pfizer and Moderna, as well as a handful of rich countries, to begin offering ‘booster’ COVID vaccines to some groups of people – saying that the world has evolved a “dangerous” two-tiered system of vaccinations, driven by greed instead of enlightened self-interest.

“It’s becoming a two tier system, and higher income countries who are vaccinating their population significantly are starting to see the COVID-19 pandemic as if it’s not their problem. That is dangerous,” said the WHO Director General.  He noted that plans in some high-income countries to administer booster shots come at a time when the Delta variant is advancing across the world “at a scorching pace” causing increased rates of hospitalizations and deaths in many countries and regions that had beaten back previous waves – even without vaccinations.

Speaking at a WHO press conference on Monday, Tedros also called upon the G-20, the world’s most industrialized countries, which are meeting this week, to more aggressively expand vaccine manufacturing and quicken the pace of vaccine donations – while holding off on additional ‘boosters’ to their own populations.

“Currently, data shows us that vaccination offers long lasting immunity against severe and deadly COVID-19. The priority now must be to vaccinate those who have received no doses and protection,” the WHO DG added. “Instead of Moderna and Pfizer prioritizing the supply of vaccines as boosters to countries whose populations have relatively high coverage, we need them to go all out to channel supply to COVAX, the Africa Vaccine Acquisition Task Team, and low- and middle-income countries, which have very low vaccine coverage.”

Saying that “the whole world has been taken hostage by the virus,” he asserted that such short-sighted policies are “prolonging hostage drama.”

“Enlightened self-interest” should lead countries to conclude that it would be more prudent to see that high risk groups around the world are vaccinated as soon as possible, he added. “But I’m sorry to say that if solidarity is not working [as a motivator], then there is only one word that can explain it, and that is greed.”

Boosters Not Needed – WHO Experts Contend

WHO’s Ann Lindstrand, who heads the Agency’s Essential Programme on Immunization (EPI) told reporters that as of yet, “we have not any systematic evidence that could point us to the need for booster doses.”

While acknowledging that there is a decline in vaccine-stimulated immunity over time “as it is with many different vaccines,” she said that a full course of any WHO-approved vaccine provides good protection:

“And if you look at it on the global public health impact at this moment in time, we’re confident that giving a full course… of the vaccines in place, it is at this point in time more important to be able to vaccinate larger global population with the vaccines we have rather than…to use the limited supply of doses that we have, to give them to already vaccinated populations.”

Lindstrand and other WHO officials at the briefing urged countries that “have either started or are thinking about starting to use those booster doses, that they do reconsider and think about it in a global perspective – and maybe hold off thinking about this policy change.”

She added that such doses would better be used as donations to other countries with less vaccine access:

“Particularly with the limited global supply, it is important to rethink if any country is wondering about using booster doses, and instead think of giving that supply or sharing that supply to countries that had not even reached their healthcare workers.” 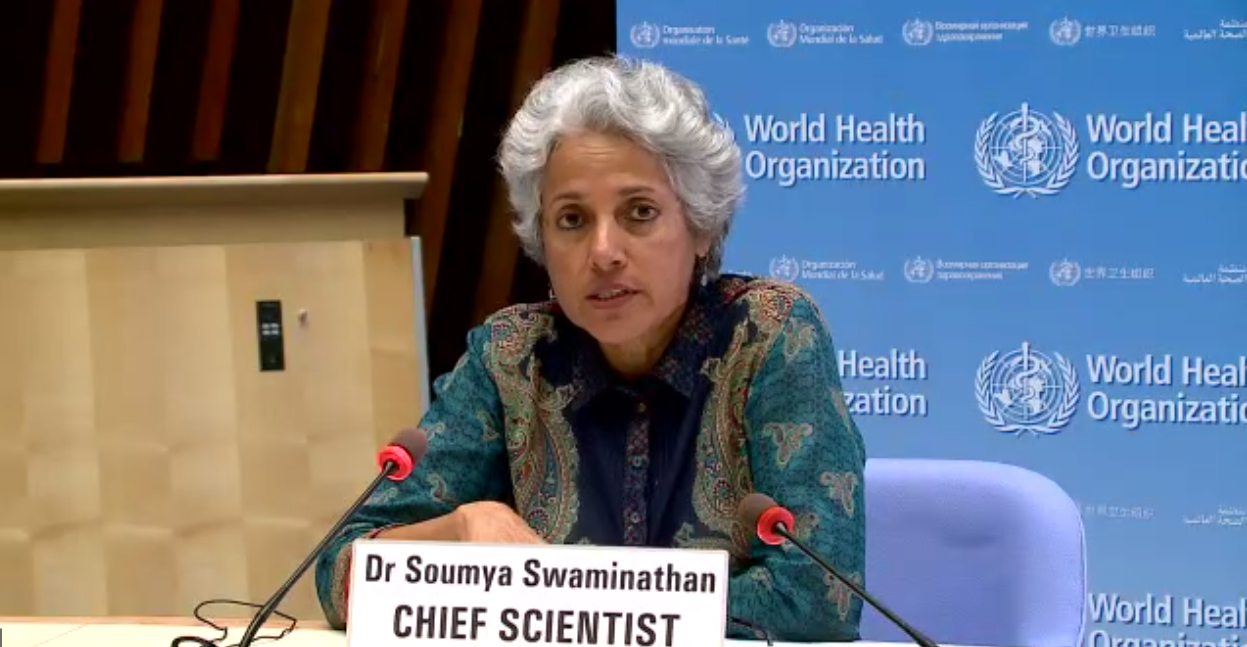 According to the most recent reports, Thailand, the United Arab Emirates and Bahrain have already begun administering boosters to people who were immunized with either Chinese vaccines or the AstraZeneca vaccine.

In those three countries, the policy decision was partly fuelled by concerns that those vaccines were not sufficiently potent to ward off new variants, and particularly the powerful Delta variant, first detected in India. The Chinese vaccines, in particular, based on older technologies that use inactivated coronaviruses to bequeath immunity, have come under greater scrutiny recently after a wave of serious cases and even deaths in some countries like the Seychelles, Indonesia and Mongolia that relied heavily on those vaccines.

But the United Kingdom, which mainly administered Pfizer and AstraZeneca vaccines, is also preparing to begin offering boosters in September to more than 30 million people deemed to be at higher risk, including all adults age 70 and over, immuno-suppressed groups and health workers.

In the United States, Pfizer was meeting with US Administration officials over the company’s plans to submit for US Food and Drug Administration approval of a third booster vaccine to battle the Delta variant.  The company statement said that its assessment that a booster will be needed is based both on laboratory analyses as well as on real-life data from Israel, one of the first countries to immunize most of its population, has shown vaccine potency waning after six months.

“As seen in real world data released from the Israel Ministry of Health, vaccine efficacy in preventing both infection and symptomatic disease has declined six months post-vaccination, although efficacy in preventing serious illnesses remains high,” the Pfizer statement said.  “That is why we have said, and we continue to believe that it is likely, based on the totality of the data we have to date, that a third dose may be needed within 6 to 12 months after full vaccination.”

Israel, which is facing a new wave of COVID infections despite its 60% vaccine coverage, has already decided to giving boosters to immuno-compromised people who may not have been sufficiently protected by the first two Pfizer or Moderna vaccine courses – even ahead of a US FDA decision on the proposed Pfizer booster shot.

While only four countries are actively offering boosters right now, nearly a dozen may begin to do so very soon, said WHO Chief Scientist Soumya Swaminathan at the WHO briefing.  Their combined demand would divert hundreds of millions of vital vaccines from the WHO co-sponsored COVAX facility, which is focused on supplying countries that haven’t been able to even administer a first shot to their highest-risk populations.

“If 11 high- and upper-middle-income countries decide – some of them are large countries – that they will go for a booster for their populations or even subgroups, this will require an additional 800 million doses of vaccine,” Swaminathan said.

Instead, the priority right now should still be for “doses, through COVAX, to go to countries where the front line and health care workers have not been vaccinated…[and] when there is no scientific evidence to suggest that boosters are definitely needed,” she stressed.

In a rebuttal to the Pfizer claims, Swaminathan conceded that while “”we have seen in some countries an increase in infections,” there has so far been “no significant increase in hospitalizations or deaths.”

WHO, she added, “will make recommendations on boosters when we think that they are needed. And that has to be based on the science and the data, and not on individual companies declaring that their vaccines should be administered as a booster dose.”

Swaminathan also warned against the adhoc “mixing and matching” that some countries are contemplating as part of their vaccine booster plans – saying that there is as of yet, little evidence of efficacy – except for one tested combination of a first AstraZeneca vaccine, followed by a second Pfizer jab.

“It’s a bit of a dangerous trend here, where people are in a data-free, evidence-free ozone as far as mix and match,” she said.

She meanwhile lauded a recent deal between Gavi, The Vaccine Alliance and the two Chinese vaccine manufacturers, Sinopharm and Sinovac, to supply the global COVAX facility with some 110 milion vaccine doses, beginning in July.

And she cautioned against reliance on “anecdotal reports” that the two globally-available Chinese vaccines, by Sinopharm and Sinovac, had been less effective in preventing COVID-19.

As evidence of efficacy, she cited a recent study in the New England Journal of Medicine on the mass administration of the Sinovac jab. The study, which followed some ten million people in Chile that had received the vaccine, showed the vaccine was highly effective against severe disease and death – although less so (66%) effective against symptomatic infection.

“It was done with very good statistical design and data that showed that the Sinovac was about 87% effective against hospitalization; 90% against severe disease; and 86.3% against deaths. So it shows very high efficacy, especially against the severe forms of the disease…so it was in the range of, what we’ve been expecting,” said the WHO chief scientist.  As for Sinopharm, she added:

“We are tracking also the data from Sinopharm.  We are in touch with the Chinese authorities, as well; any company that receives an emergency use listing is expected to provide additional data as, as time goes on. And at any point, if we have concerns with the efficacy of these vaccines, we would definitely make that known.”