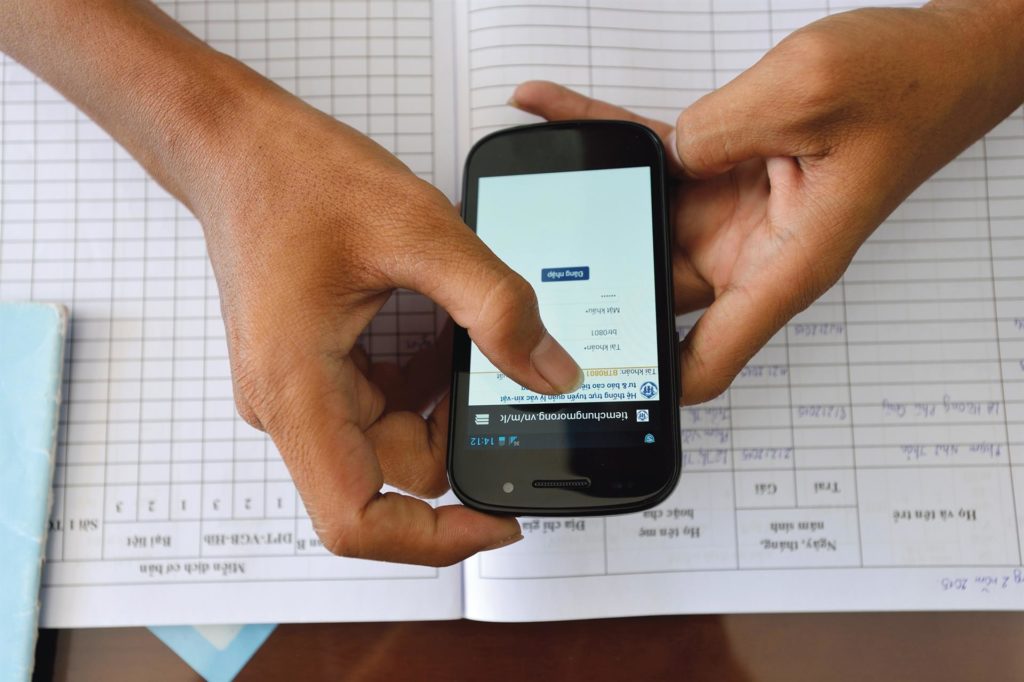 Should the World Health Organization (WHO) intervene on social networks and other organic platforms that are providing health information? And, if so, how?

These were pressing questions raised on Tuesday during a webinar presented by the Global Health Centre at the Graduate Institute Geneva in coordination with the Digital Health and Rights Project.

They also offered policy recommendations and good practices to help challenge structural inequalities and meet the needs of young people in their diversity based on the results of their work.

Tabitha Ha, an advocacy manager for STOPAIDS, called on WHO to update its definition of digital health to include Google and social networks as digital health platforms, which could then enable the organization to evaluate the health content on these platforms and support local health agencies doing the same.

But Ha cautioned that while there is a need for collective approaches to managing health data on the world wide web: “If an institution like WHO was to come in, how would that change the dynamics? It could potentially influence the way people use social media to create this type of [health] content.”

Ha and colleague, Stephen Agbenyo, executive director of Savana Signatures, recommended that WHO works from a distance, perhaps providing supervisory support and ensuring that certain basic standards are maintained, while not interfering directly with the content creators on the ground.

WHO could, for example, communicate with large tech companies about the need for relevant sexual health information to get out to youth, including more explicit information that may, at first glance, appear to violate community standards on some social platforms.

Terry Gachie, country coordinator for Love Matters Kenya, said that her team faces consistent censorship by the social networks – especially Facebook – for posting content that could appear to violate community standards when, in fact, this is the edgy information her constituents need to learn about sexual and reproductive health.

“We want to speak their language. But what happens in most cases is that our information is flagged, perhaps labeled as escort services or inappropriate, and then taken down,” Gachie explained. She called on WHO to bring social networks into the conversation to help find a solution.

“We need to ensure there are consistent conversations with big tech companies in terms of what young people want to see,” Gachie said.

Finally, the issue of regulation was raised, less as a means to control the flow of information on social networks than to ensure that people accessing the information on these networks can feel safe.

“How do we facilitate the relationship between disseminating accurate information to people who might be at risk, who might be marginalized, and who want to hop onto this platform to access that content?” Nomtika Mjwana, project manager for the Global Network of People Living with HIV, asked.

She recommended leveraging the direct involvement of young people and the communities who use these platforms to come up with data protection mechanisms so that people can trust the platforms they are on.

This could mean finding ways to halt data security breaches before they happen, to ensuring that when a young person enters a chat room he or she will not be met with an imposter nor need to fear that the digital voice on the other end will engage in discriminatory or insulting behavior.

These regulations could also include rules around the use of data, so that if a person is being asked to provide information about his or her sexual orientation or identity, there is an understanding of to whom that information is going and how it will be used.

“It’s really critiquing the way we’re collecting certain types of data and how that data is going to continue to empower the people we are getting the data from, but also just doing a thorough scan, and understanding from people that we’ve defined as prospective users of the platform or people that will access the information, what are some of their fears, and how can we very actively and proactively ensure that some of those are at least incubated in the initial stages,” Mjwana said.

The Digital Health and Rights Project, overseen by the Graduate Institute’s Sara Davis, came about as a result of the transformation of the world’s health systems by technology.

“The global context for our study is really this very rapid rise of the digital transformation and digital health, which was of course accelerated by the COVID pandemic,” Davis said in her opening remarks on Tuesday. “Global health and national health agencies are really embracing this trend. In 2021, the World Health Organization launched a global strategy for digital health, which called on countries to strengthen health systems with digital technologies and data.”

She highlighted how global agencies are forming partnerships with big tech companies while, at the same time, there have been a lot of concerns raised by United Nations human rights experts and scholars about threats to privacy, non-discrimination and the threat of potential privatization of public services.

“In addition, because we’re working closely with people living with HIV and vulnerable to HIV, we have over three decades of evidence showing the impact of stigma, discrimination, criminalization and gender inequality on health responses, and also the impact of these things on data, access to technologies and access to power in different forums,” Davis added. “We really wondered … how these inequalities would play out in the digital transformation.”

The project research was conducted in five countries and has so far included 174 young adults between the ages of 18 and 30, in addition to 83 key informant interviews. The report released Tuesday centered on efforts in Ghana, Kenya and Vietnam, and teased the results coming out of Bangladesh and Colombia, where the team just finished the fieldwork.

“One of our first key findings has been specifically based on the fact that young people actually appreciate having access to digital health technologies,” Mjwana explained. “They’ve described it as empowering.”

Google came up in a number of focus group discussions and some key informant interviews, along with social media and WhatsApp, as one of the most important ways in which people find information, a community, and safe spaces to engage and address some of the concerns that they had but did not want to address by going to health facilities where they might feel judged.

“The online space has actually afforded some people a platform to not necessarily feel that they have to out themselves,” Mjwana said.

A second finding centered around the fact that a lot of inequalities seen offline continue to play a role in the online space, such as gender, socioeconomic status, education, language, disability, sexual orientation or even location. This could mean individuals not having the funds to purchase needed technologies, or experiencing censorship, violence or harm in the online sphere.

“We’ve come to realize how the digital divide is actually intersectional,” Mjwana said.

Issues of surveillance and regulation also came out as concerns in the study.

When people were asked where they think their data is going, many did not know and felt this was a concern that they had to deal with on their own. Some young people assumed their data was going to a third party, while others imagined the data was going to the platform itself or even the police.

Digital health literacy and empowerment was also emphasized, as well as having a voice in policy making and calling on health officials to bring young people into conversations as champions on social media.