[WHO news release] Three quarters of people living with epilepsy in low-income countries do not get the treatment they need, increasing their risk of dying prematurely and condemning many to a life of stigma.

These findings are part of a first-ever global report on Epilepsy, a public health imperative, released today by WHO and two leading nongovernmental organizations for epilepsy, the International League Against Epilepsy and the International Bureau for Epilepsy.

“The treatment gap for epilepsy is unacceptably high, when we know that 70% of people with the condition can be seizure-free when they have access to medicines that can cost as little as US$5 per year and can be delivered through primary health systems,” said Dr Tarun Dua, from WHO’s Department of Mental Health and Substance Abuse.

Premature death is three times higher in people with epilepsy

Epilepsy, characterized by abnormal electrical activity causing seizures or unusual behaviour, sensations and sometimes loss of awareness, is one of the world’s most common neurological diseases, affecting nearly 50 million people of all ages around the world – with peaks among children and people over the age of 60.

Globally, the risk of premature death in people with epilepsy is up to three times higher than for the general population. In low- and middle-income countries, early death among people with epilepsy is significantly higher than in high-income countries. Reasons for this premature mortality in low- and middle-income countries are likely associated with lack of access to health facilities when seizures are long-lasting or occur close together without recovery in between, and preventable causes such as drowning, head injuries and burns. 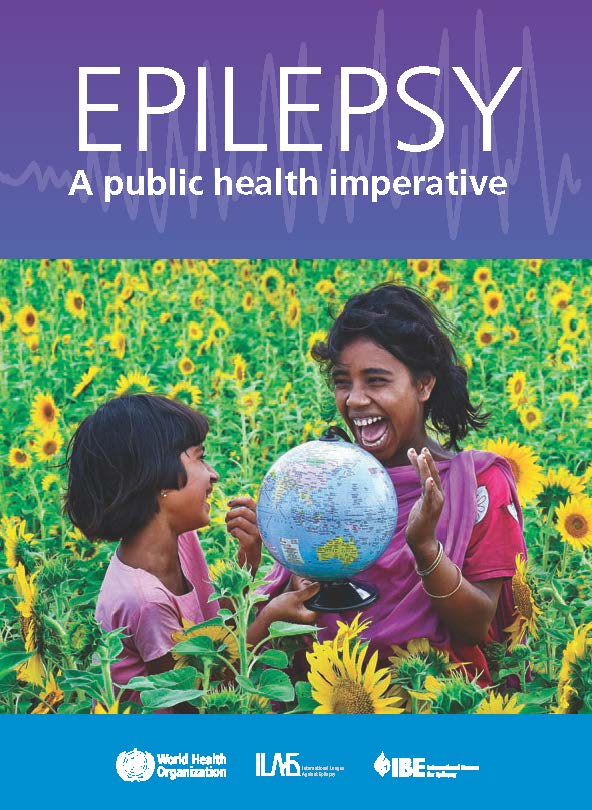 Stigma about the condition is also widespread. “The stigma associated with epilepsy is one of the main factors preventing people from seeking treatment,” said Dr Martin Brodie, President of the International Bureau for Epilepsy. “Many children with epilepsy do not go to school and adults are denied work, the right to drive and even to get married. These human rights violations experienced by people with epilepsy need to come to an end.”

Public information campaigns in schools, workplaces, and the broader community to help reduce stigma and the introduction of legislation to prevent discrimination and violations of human rights are also important elements of the public health response.

Causes of epilepsy include injury around the time of birth, traumatic brain injury, infections of the brain (such as meningitis or encephalitis) and stroke. It is estimated that 25% of cases can be prevented.

Effective interventions for prevention of epilepsy can be delivered as part of broader public health responses in maternal and newborn health care, communicable disease control, injury prevention and cardiovascular health. Screening for pregnancy complications and the presence of trained birth attendants can help prevent injury around the time of birth. Similarly, immunization against pneumonia and meningitis; malaria control programmes in endemic areas; initiatives to reduce road traffic injuries, violence and falls; and health and community interventions to prevent high blood pressure, diabetes, obesity and tobacco use can all help reduce epilepsy rates.

The report highlights that when the political will exists, the diagnosis of and treatment for epilepsy can be successfully integrated into primary health services. Pilot programmes in Ghana, Mozambique, Myanmar and Viet Nam as part of WHO’s “Reducing the epilepsy treatment gap” programme have led to a considerable increase in access, such that 6.5 million more people have access to treatment for epilepsy should they need it.

“We know how to reduce the epilepsy treatment gap. Now action to introduce the measures needed to make a difference needs to be accelerated,” said Dr Samuel Wiebe, President of the International League Against Epilepsy. “Ensuring uninterrupted supply of access to anti-seizure medicines is one of the highest priorities, as is training of non-specialist health providers working in primary health-care centres.”