After three years of number-crunching, economists have come up with a price tag for what overweight and obesity cost countries in 2019, and it’s a staggering 2.19% of their gross domestic product (GDP).

On average, African countries paid $20 per capita to address the consequences of overweight and obesity, while in countries in the Americas, the cost per capita was $872, according to a study of 161 countries published in BMJ Global Health on Wednesday.

But the cost is predicted to balloon to 3.3% of GDP by 2060 if nothing is done to curb overweight and obesity, according to the study.

“The report provides the first ever country-specific global estimate of the economic impacts of obesity-related non-communicable diseases,” the lead author, Dr Rachel Nugent from RTI International, told a media briefing this week.

“It was born out of the need to improve the economic evidence,” she said. “We wanted to develop estimates that are credible, comparable and transparent.” 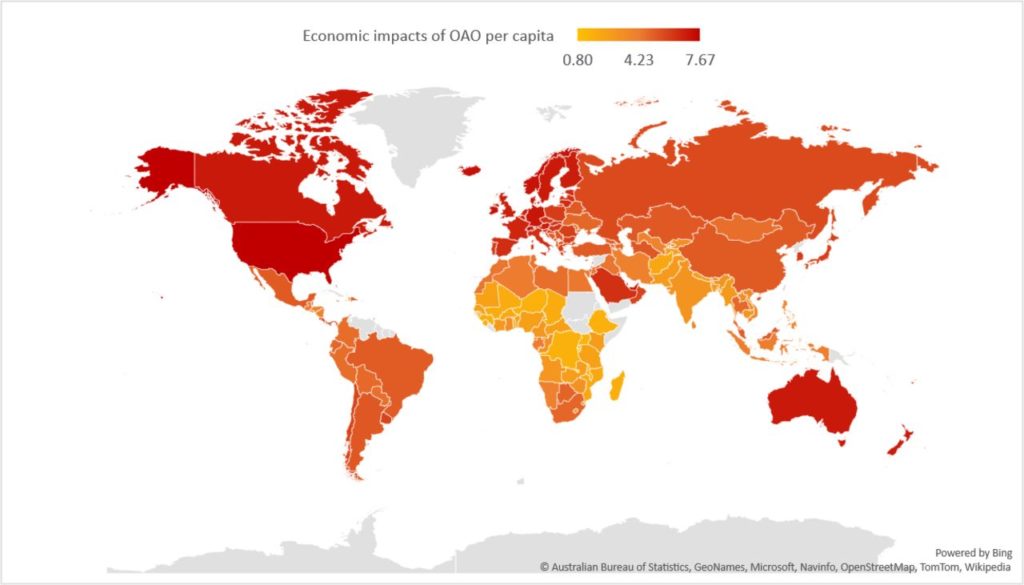 Globally, nearly two-in-five adults are now living with overweight and obesity. The study projects this will increase to three-in-four adults by 2060.

Already, there are an estimated 5 million deaths each year from NCDs that are attributable to being overweight or obese.

“Some 77% – more than three-quarters of those – are in low- and middle-income countries, and over half occur under the age of 70,” said Nugent. “Now to economists like myself, that’s really important because it means that a lot of people of working age who are productive in the economy, who drive economic development and growth, are affected by these diseases and conditions.”

If current trends continue, by 2060 the economic impacts from being overweight or obese are projected to rise to 3.29% of GDP globally, with China, US and India most affected.

Dr Simón Barquera, president-elect of the World Obesity Federation, described the study as one of the most important related to obesity in recent years. He said the higher economic cost of obesity in low-income countries will only perpetuate regional disparities and poor economic growth.

But, he added, there’s good news as well. According to this study, a 5% decrease in obsesity in those countries could same them $430 billion a year.

“Even small reductions in the projected prevalence of NCDs could have huge savings,” said Barquera, who directs the Nutritional Health Research Centre at the National Institute of Public Health in Mexico.

Barquera said it’s important to “stop blaming these conditions” on individuals. Instead, he said, people need to recognise that obesity is “a complex disease with complex interactions and solutions.”

Among the solutions, he stressed, are ways to help people spurn unhealthy food that contributes to obesity through strategies such as soda and junk food taxes, marketing restrictions on unhealthy products, particularly those directed to children, the promotion of breastfeeding, and more awareness of junk food in schools and public spaces.

Nugent said it’s not just an issue for individuals.

“This is an issue for systems and broad policy thinking,” she said. “We need to shift the narrative from personal responsibility to systemic investments and integrated approaches.”