The African Development Bank is establishing a foundation with the aim of spending at least $3 billion over the next decade to boost Africa’s access to technologies needed to make medicines, vaccines, and other pharmaceutical products.

The bank’s board approved the establishment of the African Pharmaceutical Technology Foundation with an eye to towards creating what the bank described in a statement on June 27 as “a new groundbreaking institution” for Africa’s 1.3 billion citizens.

AfDB President Akinwumi Adesina said Africa “must have a health defense system” that revamps its pharmaceutical industry while also building up its capacity to make vaccines and provide quality healthcare.

“Africa can no longer outsource the healthcare security of its 1.3 billion citizens to the benevolence of others,” said Adesina, a Nigerian economist.

The need for a foundation featured prominently at the African Union summit in February at Addis Ababa, where leaders called on AfDB to help Africa’s health care sector become more independent in light of the challenges it has faced from several devastating diseases and the COVID-19 pandemic.

The foundation’s creation signals a major shift in efforts to address inadequacies in the sector, including limited capacity to produce its own medicines and vaccines in part due to the intellectual property barrier.

Dr Tedros Adhanom Ghebreyesus, Director-General of the World Health Organization (WHO), said it “is a game changer on accelerating the access of African pharmaceutical companies to IP-protected technologies and know-how in Africa.” 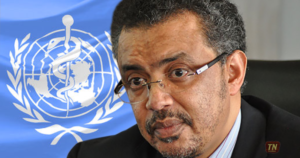 The pandemic exposed Africa’s lack of capacity to manufacture and supply essential drugs and personal protective equipment (PPEs) needed to control the coronavirus.

Soon after the pandemic began in early 2020, many of the world’s top scientists scrambled to find a vaccine but government and business leaders paid less attention to how it would be made and delivered to low- and middle-income countries.

More focus was put on rapidly increasing supply to meet the surging demand, in a process largely driven by wealthier nations with greater purchasing power. In Africa, as in most other developing nations, citizens’ health care became dependent on the generosity of others.

“There are a few production companies here and there, and for it to be able to produce for these citizens, it will require the effort of public and private sector to bring together both the technical [and] financial support needed to push this forward,” she said.

The shortage of medicines and other pharmaceutical products has been a challenge to effective delivering quality healthcare services in Africa.

Pharmaceuticals are made in South Africa, Kenya, Morocco and Egypt, yet Africa spends US$16 billion to import 94% of its pharmaceutical and medicinal needs, according to the United Nations Economic Commission for Africa (UNECA).

And a 2019 study found many life-saving drugs are still inaccessible and unaffordable in low- and middle-income countries. 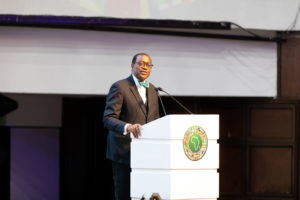 The new foundation, which will raise its own funds and operate independently of AfDB, will be hosted in Rwanda and deal with IP rights and health policy.

One of its chief responsibilities will be mediating interests between Africa’s pharmaceutical sector and global companies with the aim of sharing IP-protected technologies, know-how and patented processes, according to documents on its establishment.

It also is being asked to prioritize technologies, products and processes aimed primarily at diseases widely prevalent in Africa, or those that involve current and future pandemics.

And it is expected to help build up the ranks of health care professionals and others who conduct research and development while upgrading manufacturing plant capacities and regulatory quality to meet WHO standards.

Challenges in the healthcare sector 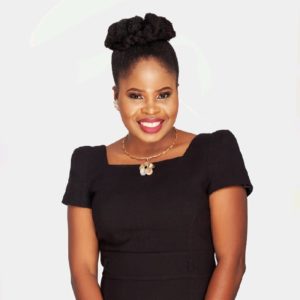 Small fragmented markets and weak regulatory frameworks, inadequate human resource capacity, poor procurement and supply chain systems, and policy incoherencies in countries’ trade, industry, health, and finance departments are some of the impediments to the growth of Africa’s pharmaceutical sector.

The continent is also burdened with fake and falsified medical drugs. In 2017, WHO revealed an estimated 116,000 additional deaths a year from malaria could be tied to substandard and falsified antimalarials.

To counter that, the foundation is being asked to help local pharmaceutical companies boost home-grown production with better technology in their manufacturing plants and to work with governments, research and development centers to improve their innovation capacities.

Onwuekwe said part of the problem is a lack of political will in some countries.

“This is about finding African solutions to African problems. That is the new public heath order,” Onwuekwe told Health Policy Watch. “The leadership of the countries have to invest financially and politically for there to be any progress in the sector.”

But the foundation, she said, also must become adept at negotiating with global pharmaceutical companies and must be “able to foster collaborations” with WHO, the African Union and other international organizations.