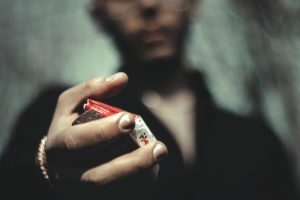 The number of tobacco users globally has dropped from 1.32 billion in 2015 to 1.3 billion, and is expected to decline to 1.27 billion smokers by 2025, according to the fourth World Health Organization (WHO) global tobacco trends report.

The report, released on Tuesday, revealed that 60 countries are now on track to achieving the global target of a 30% reduction in tobacco use between 2010 and 2025. Two years ago, only 32 countries were on track.

WHO Director-General Dr Tedros Adhanom Ghebreyesus described the findings as  “encouraging” but noted that the world still had a long way to go.

“Tobacco companies will continue to use every trick in the book to defend the gigantic profits they make from peddling their deadly wares,” said Dr Tedros. “We encourage all countries to make better use of the many effective tools available for helping people to quit, and saving lives.”

Tobacco kills an estimated 8.1 million a year, 7 million smokers and another 1.2 million people from second-hand smoke, according to the most recent WHO numbers.

While the WHO report covers use of smoked tobacco, such as cigarettes, pipes, cigars, and smokeless tobacco products, such as oral and nasal tobacco, the use of electronic cigarettes was not analyzed in the report. This could distort the data provided, as e-cigarette use is on the rise, particularly among young people.

To further reduce the number of people at risk of becoming ill and dying from a tobacco related disease, the report also urges countries to accelerate the implementation of measures outlined in the WHO Framework Convention on Tobacco Control (FCTC).

Investing a mere $1.68 per capita each year in evidence-based cessation interventions such as brief advice, national toll-free quit lines, and SMS-based cessation support, could help 152 million tobacco users successfully quit by 2030, according to the new WHO Global Investment Case for Tobacco Cessation.

WHO called for cessation services to be scaled up, along with strengthening tobacco control measures, and subsequently established a tobacco cessation consortium, which will bring together partners to support countries in scaling up tobacco cessation.

Implementing cessation measures has been shown to result in a 2 – 15% increase in the proportion of tobacco users who quit tobacco use for 6 months or more, as opposed to no intervention.

Notably, over 60% of smokers report that they want to quit, and over 40% have attempted to do so in the past year – though the report notes that many will fail without much-needed cessation assistance.

Americas, Africa and SE Asia on track for 30% tobacco reduction

Key findings from the report show that reductions in tobacco have been seen across the Americas, Africa, and Southeast Asia.

The WHO Americas region reports the steepest decline in tobacco prevalence rate, which has gone down from 21% in 2010 to 16% in 2020.

The WHO regions of Africa and South-East Asia have also joined the Americas region to be on track to achieve a 30% reduction by 2025.

However, the WHO Western-Pacific region is projected to become the region with the highest use rate among men, with more than 45% of men still using tobacco in 2025.

Additionally, the WHO European region has more women using tobacco than any other region – 18%, with women in Europe the slowest to cut tobacco use.

All other regions are on track to reduce tobacco rates among women by at least 30% by 2025.

While e-cigarettes were notably left out from the report, observed estimates did reflect the rise in use among adolescents, with the most startling prevalence rates found in Monaco of 41% of children aged 15 and 16 years old, followed by Lithuania (31%) and Poland (30%).

Trends in the use of e-cigarettes and other nicotine delivery devices were not included in the report due to the lack of country data. But the data that does exist reveals the need to address a fast-growing and relatively unregulated market that continues to influence children and adolescents.

Newer tobacco and nicotine products, including e-cigarettes, have evaded regulation, with the tobacco industry using deceptive advertisements to market these products to children and teens.

Children who use these products are up to three times more likely to use tobacco products in the future, according to a WHO 2021 report on the tobacco epidemic released in July.

Approximately 28 million children aged 13 – 15 currently use tobacco, despite the fact that most countries have made it illegal for minors to purchase tobacco products.

Although the report indicates notable progress in many regions of the world, Ruediger Krech, WHO Director of the Department of Health Promotion, emphasizes the need to push ahead in moving aggressively with tobacco control.

“It is clear that tobacco control is effective, and we have a moral obligation to our people to move aggressively in order to achieve the Sustainable Development Goals,” said Krech.

“We are seeing great progress in many countries, which is the result of implementing tobacco control measures that are in line with the WHO FCTC, but this success is fragile. We still need to push ahead.”

While one in three countries are likely to achieve the 30% reduction target, especially in low-income countries, upper-middle countries, on average, are making the slowest progress in reducing tobacco use.

Starting also this week, in line with the release of the report and the investment case, is the Second Meeting of the Parties (MOP2) to the Protocol to Eliminate Illicit Trade in Tobacco Products.

Up to $47 billion is lost globally to illicit trade in tobacco products. To further reduce this loss and improve the effectiveness of tobacco control legislation, representatives at MOP2 will consider ways of implementing the protocol, including securing the supply chain of tobacco products through tracking and tracing technologies.

Eliminating illicit trade could reduce cigarette consumption by almost 2% and increase tax revenues by an average of 11%.

Ahead of MOP2, Head of the WHO FCTC Secretariat Adriana Blanco Marquizo highlighted the need to address illicit trade in tobacco, which has undermined global tobacco reduction efforts.

Discussions at MOP2 will be held from 15 – 18 November, days after the close of the Ninth Conference of the Parties (COP9), which convenes every two years to discuss ways in which the FCTC and its implementation can be improved.