To save lives and accelerate climate action we need concerted international collaboration on air pollution – and it’s time for the health community to join the fight for clean air.

Air pollution isn’t a new problem. In the UK, citizens have been imploring authorities to act on London smog since the 17th century. But industrialization and urbanization have made air pollution a global health emergency. Today, death rates from air pollution are four times higher in low and lower-middle income countries than high income countries. India is home to 21 of the 30 most polluted cities in the world. Worldwide, deaths and disability caused by dirty air are the highest they have ever been.

‘We are going backwards’

The Lancet’s recent progress update on pollution and health declares: “We cannot continue to ignore pollution. We are going backwards.” Air pollution caused 6.7 million deaths in 2019, equivalent to the populations of Mongolia, Botswana and Eswatini put together.

Since then, the COVID-19 pandemic has ripped through the world’s most polluted places, preying on people who were already suffering from pollution-related lung and cardiovascular health conditions. The toll of air pollution on health globally is on par with tobacco and was recognized by the UN General Assembly in 2018 as a major risk factor for noncommunicable diseases (NCDs).

But recognition has yet to galvanize urgently needed action. The World Health Organization’s (WHO) plan for a roadmap to tackle NCDs, approved by Ministers of Health at the World Health Assembly last week, is silent on one of the world’s major killers.

Clean air is a human right

One hundred countries recognise the right to a healthy environment in their constitutions. In Chile and South Africa, the highest courts have recently reiterated that governments have a duty to ensure clean air as a constitutionally protected human right.

The messages of the UN Special Rapporteur to the Human Rights Council have become louder and more urgent during the pandemic: governments must do better to protect the most vulnerable from deadly air pollution, including our youngest and oldest and people living with NCDs, especially people living in poorer and marginalized communities.

The Lancet’s pollution and health progress update provides insights into how governments and the global health community can come together to solve this problem. The statistics show that deaths from indoor air pollution, caused by the burning of solid fuels in homes, are decreasing thanks to the adoption of cleaner fuels worldwide.

Although there is still a long way to go before harmful household air pollution is a thing of the past, the progress made so far is a testament to what can be achieved with concerted collaboration and dedicated funding.

An example of this is the Pradhan Mantri Ujjwala Yojana (PMUY) clean cooking initiative in India and the organisations brought together internationally by the Clean Cooking Alliance, which has mobilised partners, expertise and resources around a clear mission to clear the air inside homes.

While The Lancet report shares stories of progress in China, Mexico, Santiago de Chile and Bogota in Colombia, it raises particular concern about accelerating trends in African cities, related to urbanisation, traffic growth and waste burning.

It also highlights the devastating economic impacts of air pollution, which is already costing over 10% of GDP in South Asia and 9% in east Asia and the Pacific.

Initiatives like the Convention for Long-Range Transboundary Air Pollution and the Climate and Clean Air Coalition have worked tirelessly to address outdoor air pollution, but without a focus on health. And there is a ‘clean air gap’ in funding and political commitment in the international landscape. Only 1% of development finance goes towards clean air projects, while philanthropic funding for clean air is even lower, contrasting with a backdrop of continued, self-destructive investment in fossil fuels.

Air pollution continues to fall through the cracks of health and climate plans, despite offering immense potential for win-win solutions. Only 7% of countries’ climate commitments consider short-lived climate pollutants such as black carbon, which harm both people and the planet.

Even fewer governments have made air pollution an explicit priority in their climate action. Despite unprecedented attention to health during the COP26 climate conference in Glasgow last year, the final negotiated outcome doesn’t mention air pollution at all.

From deadly air to clear skies ahead

Rapid urbanisation in cities worldwide continues, particularly in the global south, where polluting infrastructure for energy and transport risks harming health for generations to come. A global emergency requires a global response, where cities, regions, states, governments and the global health community all play a role. To protect people and planet, we need coordinated, well-resourced action for clean air that meets the challenge with proven solutions.

National leaders should create a Global Air Quality Convention to catalyse fresh international collaboration on the issue. Considering the human and economic toll of air pollution, Ministries of Health and Finance should lead the charge.

A world where everyone can enjoy their right to clean air is within reach. With robust international cooperation and funding, action on outdoor air pollution, especially in low- and middle-income countries, can reverse the trends caused by deadly air, and make populations healthier and more resilient against future epidemics. A global convention makes a future where everyone breathes clean air possible, but we have to act now. 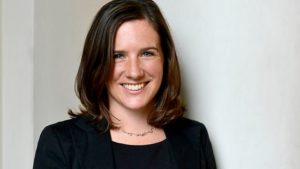 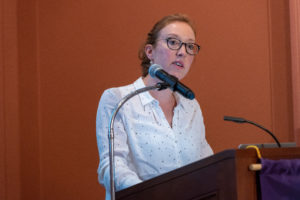