A six-vial five-day course of remdesivir – a promising COVID-19 treatment – will be priced at US $2340, or $390 per vial for developed countries, Gilead Sciences Chief Executive Officer Daniel O’Day wrote in an open letter on Monday.

“Earlier hospital discharge [thanks to treatment by remdesivir] would result in hospital savings of approximately $12,000 per patient,” wrote O’Day. “We have decided to price remdesivir well below this value.”

But the price is still high compared to the cost of manufacturing, according to medicines access experts, who say that remdesivir could be produced for below a dollar a day.

Private insurers in the United States will pay US $3,120 for a five-day course, or $520 per vial. Out-of-pocket payments will be determined by individuals’ coverage plans.

In 127 developing countries, Gilead has allowed generics companies to manufacture the drug, pricing a five-day course at about US $600.

Cost of production for the drug can be as low as US $0.93 per day, according to a paper by Dr Andrew Hill, a senior visiting research fellow at the University of Liverpool, and his colleagues.

“Gilead will turn a nice profit with its set price. Especially considering that the company has benefitted from significant government financing for the development of the drug; which apparently has not been discounted,” Ellen t’Hoen, director of Medicines, Law and Policy, told Health Policy Watch.

“Based on publicly available data, it has been estimated that taxpayers have contributed at least $70.5 million to develop this drug,” Jessica Burry, a pharmacist at Médecins Sans Frontières Access Campaign, said to Health Policy Watch. “Additionally, contributions were made by various health organisations, including MSF, which supported clinical trials with this drug for Ebola in 2019. Patients themselves have also contributed by their participation in the trials.

“Public funding and resources have contributed to the drug’s further development for COVID-19, and taxpayers will now end up essentially “paying twice” to  access this treatment,” added Burry.

The company could turn a US $2.3 billion profit on the “blockbuster” drug this year alone, according to a blog by Ellen t’Hoen.

“This does put pharma’s lofty promises of not profiteering during the pandemic into perspective. I hope governments begin to realise that the important investments they make for the development of drugs and vaccines to respond to COVID-19 need to come with strings attached to ensure fair pricing and global access,” she said.

Meanwhile, the World Health Organization Director-General Dr Tedros Adhanom Ghebreyesus warned on Monday that “the worst was yet to come.”

Dr Tedros spoke at a press conference just as the number of deaths from COVID-19 topped half a million, and cumulative cases surged past 10,000,000. The US and Brazil continue to report around 40,000 new cases day.

In the state of Texas, which saw one of the fastest rising daily case counts after reopening, hospitals in the capital city of Houston are nearing ICU capacity.

Even as Vice President Mike Pence lauded the state’s reopening at a press briefing Monday, Texas Governor Greg Abbot warned that the epidemic had taken a “very swift and very dangerous turn.” Abbot shut down bars and clubs again across the state in an attempt to limit the fast-spreading virus. 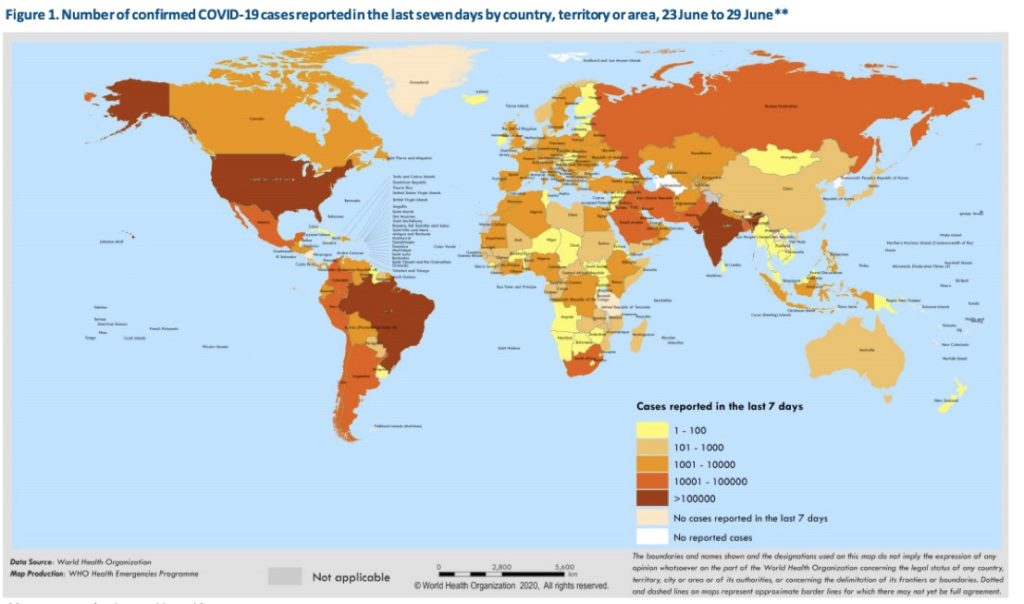 Remdesivir, a failed Ebola antiviral, is one of the frontrunner drugs for treating COVID-19. It was shown to significantly reduce the length of hospital stay from an average of 11 days to an average of 15 days in a recent trial funded by the US National Institute of Allergies and Infectious Diseases (NIAID). However, the NIAID trial results were based on a 10-day treatment course, rather than the 5-day course that Gilead has currently priced. And studies have so far not reported any effects in reducing mortality.

Still, the European Medicines Agency recently renewed their endorsement of the drug, recommending the agency give remdesivir conditional marketing authorization – a stamp of approval that many European Union countries use as guidance for approving drugs for diseases with few cures.

Remdesivir is currently approved for use in Japan for COVID-19 patients. The United States Food and Drug Administration has approved the treatment for ’emergency’ use, just two days after the NIAID trial results were announced.

The announcement comes just as Gilead’s promise to donate remdesivir until the end of June 2020 hits its deadline. US Health and Human Services Secretary Alex Azar announced Monday that the government had secured another half a million treatment courses of remdesivir for U.S. hospitals through September, according to an interview with “Good Morning America.”

Health and Human Services will be paying the US $390 per vial price, and be responsible for allocating Gilead’s supply of remdesivir, according to O’Day’s letter.

But some middle income countries that are hoping to secure their own supply of remdesivir may be out of luck, according to Burry.

“Gilead has entered into license agreements with several generic companies in India, Pakistan and Egypt. The license, however, excludes nearly half of the world’s population, including most South American countries and a number of middle-income countries, such as Brazil, Russia and China,” said Burry. “Since the corporation has barely been able to supply enough quantities of this drug even to the US, it is highly unlikely that it will be able to meet the demands of all the other countries that have not been included in this license.” 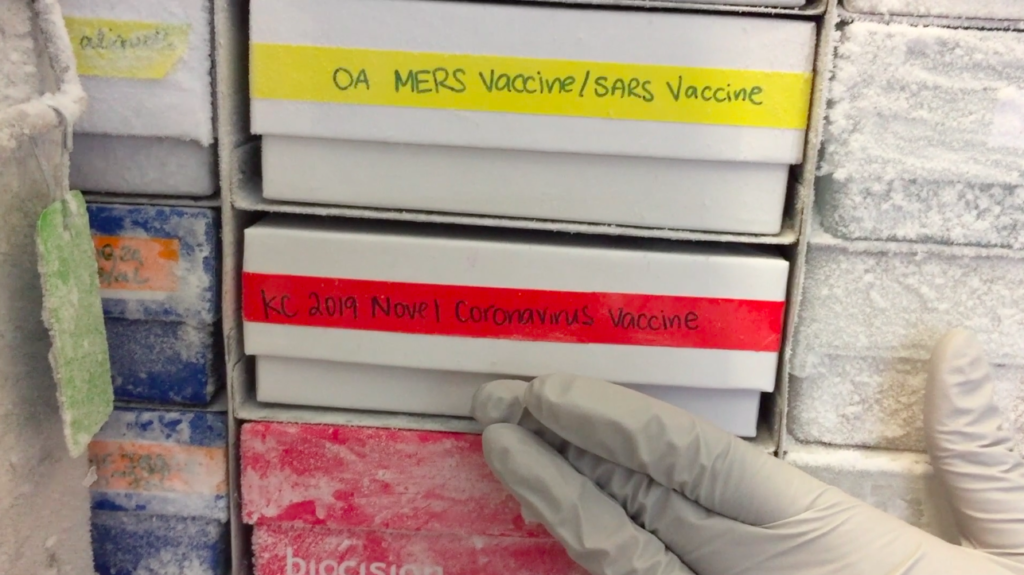 Local vaccine manufacturer Fiocruz will be producing up to 100 million doses of the vaccine overall, Brazilian authorities announced at a press briefing. The country will pay $127 million to receive material to produce 30.4 million doses in two batches in December and January, with the rest to come later.

China’s Central Military Commission approved the CanSino vaccine for use by the military for a period of one year beginning 25 June 2020, according to a CanSino filing. The Academy of Military Sciences had jointly developed the vaccine candidate with CanSino.

Results from a small, non-randomized trial released in May found that about 75% of people who received high doses of the CanSino vaccine candidate developed antibodies that neutralized SARS-CoV-2, the virus that causes COVID-19, after 28 days. However, the developers highlight that large, randomized control trials must be done in order to determine if the vaccine truly protects against infection by the virus.

And other researchers pointed to old concerns with the Ad5 vector used in the CanSino vaccine. Previous Ad5-vectored vaccine candidates for HIV were dropped after early trials showed the experimental vaccine inadvertently increased the risk of HIV infection.