Speaking at the WHO’s biweekly media briefing, Tedros thanked the G-7 and the European Union for the new donations – but stressed that money was not enough:

“If there are no vaccines to buy, money is irrelevant. Currently, some high-income countries are entering contracts with vaccine manufacturers that undermine the deals that COVAX has in place and reduce the number of doses COVAX can buy,” said Dr Tedros.

“Unless we end the pandemic everywhere, we will not end it anywhere. To achieve this, we need more funding. We need countries to share doses immediately. We need manufacturers to prioritise contracts with COVAX. And we also need a significant increase in the production of vaccines.” 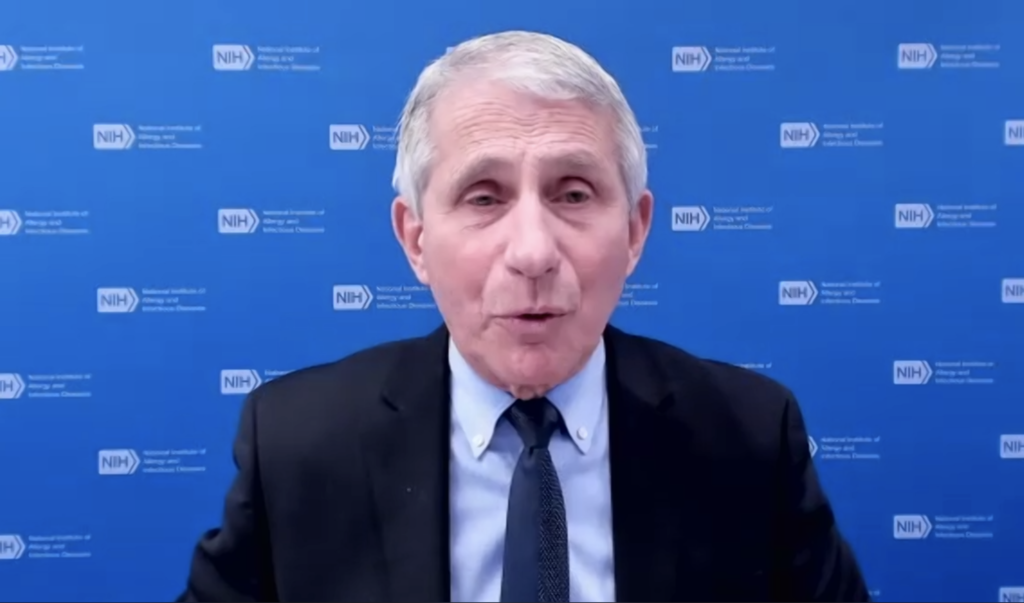 The HIV pandemic provides a “precedent” for how to get life-saving medicines to those who could not afford them – while allowing pharma companies to “maintain a considerable amount of profit”, said Anthony Fauci, US President Joe Biden’s chief scientific advisor and a guest at the WHO briefing.

During the early days of the HIV pandemic, there was a lot of discussion about whether expanding the generic manufacture of new HIV antiretroviral drugs would “interfere with the appropriate profit that companies that made major investments in the development of [antiretroviral] drugs”, Fauci recalled.

But through various platforms, including the US-sponsored President’s Emergency Plan for AIDS Relief (PEPFAR) as well as the new Global Fund to Fight HIV/AIDS, Tuberculosis and Malaria,  life-saving generic drugs reached millions of people and “did not have a deleterious effect on the companies who continued to do well financially and continue to make investments in research”.

Even so, the pathway to those breakthroughs was painstaking, observed WHO’s Assistant Director-General for Drug Access, Mariângela Simão, observing that  “too many people died unnecessarily” as rich and poor countries battled over access to HIV medicines.

Mechanisms such as the Medicines Patent Pool, created to expand generic drug manufacturing in collaboration with the innovative pharma industry have provided  “a proven platform to ensure that both voluntary licensing and technology transfer to increase access to medicines for HIV,TB and malaria”, said Simão.

But so far, the MPP precedents hasn’t been harnessed to the COVID-19 vaccine roll-out.

She lamented: “Why can we not use the platform that WHO has in place, like COVID Technology Access Pool (C -TAP), to make COVID-19 technology accessible and manage intellectual property needs.

“Intellectual property is not the endpoint. The endpoint is increasing manufacturing capacity and making sure good quality, efficacious and safe vaccines reach the developing countries,” Simão added.

Earlier in the day COVAX announced that the WHO had reached an agreement with a global third party insurance provider, ESIS Inc, to administer a no-fault vaccine injury compensation programme for the 92 low- and middle-income countries and economies eligible for donor support to their vaccine campaigns.

“As the first and only vaccine injury compensation mechanism operating on an international scale, the programme will offer eligible individuals in AMC-eligible countries and economies a fast, fair, robust and transparent process to receive compensation for rare, but serious adverse events associated with COVAX-distributed vaccines until 30 June 2022,” according to the global vaccine alliance, GAVI, which administers COVAX.

By providing a no-fault lump-sum compensation in full and final settlement of any claims, COVAX aims to “significantly reduce the need for recourse to the law courts, a potentially lengthy and costly process”.

ESIS, which is part of the Chubb group, will not charge any fees to applicants.

“The No-Fault Compensation fund is a massive boost for COVAX’s goal of equitable global access to vaccines: by providing a robust, transparent and independent mechanism to settle serious adverse events it helps those in countries who might have such effects, manufacturers to roll out vaccines to countries faster, and is a key benefit for lower-income governments procuring vaccines through the Gavi COVAX AMC,” said GAVI CEO Seth Berkley.

The COVAX no-fault compensation programme will come into operation via a web portal (www.covaxclaims.com) by 31 March, and people will be able to apply for compensation even if they were given a COVAX-distributed vaccine before this date.

The programme is financed initially through a levy charged on all doses of COVID-19 vaccines distributed through the COVAX Facility to the AMC eligible economies until 30 June 2022.

All vaccines procured or distributed through the COVAX Facility will have received prior regulatory approval from a strict national authority and/or a WHO emergency use authorization to confirm their safety and efficacy.

But, as with all medicines, even vaccines that are approved for general use may, in rare cases, cause serious adverse reactions.

On a more technical level of the risks of anaphylactic reactions associated with the Pfizer/ BioNTech and Moderna vaccines, Fauci said that these have been very rare events – and are most likely linked to the polyethylene glycol in the vaccine preparation.

“There are 4 to 5 per million anaphylactic reactions for the Pfizer vaccine and between 2 and 3 per million to the Moderna, so it’s an unusual, rare interaction,” said Fauci.

While people with known anaphylactic reactions may be advised to  take special precautions, or in some cases not to be vaccinated with the mRNA vaccines, there is no reason for people with a general history of allergic reactions, to avoid vaccination, he added.

WHO’s Chief Scientist, Soumya Swaminathan, stressed that “every country has a system in place to do safety monitoring” and this has been coordinated by the WHO.

“So far, over 200 million vaccine doses have gone into people around the world and there have been no alarming safety signals, but we will continue to monitor and update, if anything changes,” said Swaminathan.