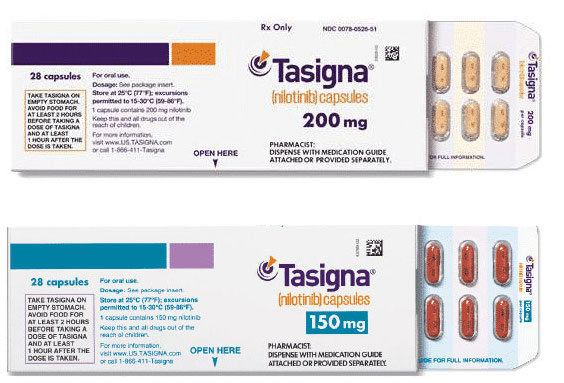 A precedent-setting agreement to permit an expensive cancer drug to be produced more affordably by generic manufacturers has been signed between the Medicines Patent Pool (MPP) and pharmaceutical company Novartis, enabling much wider access to a medicine that treats a rare blood cancer.

Nilotinib is a twice-daily oral medication used to treat chronic myeloid leukaemia (CML), and it is included on the World Health Organization (WHO) Essential Medicines List.

In the US, the drug costs almost $9000 for a month’s supply, and is used to treat patients in the early stages of CML and those resistant to an earlier drug called imatinib.

According to the agreement, MPP-selected generic manufacturers will be able to develop, manufacture and supply generic versions of nilotinib to 44 countries, including seven middle-income countries – Egypt, Guatemala, Indonesia, Morocco, Pakistan, the Philippines and Tunisia.

#BREAKING｜🤝🏽@MedsPatentPool signs a licence agreement with @Novartis to increase access to #nilotinib for the treatment of chronic myeloid #leukaemia.

“There are also other low- and middle-income countries around the world that do not have patents on nilotinib (or where such patents have expired) who will also be able to manufacture and procure generic versions once they become available,” an MPP spokesperson explained to Health Policy Watch.

This is the first agreement MPP has reached on a cancer drug. Charles Gore, the Pool’s executive director, said that “although the remaining patent life [on nilotinib] is relatively short, this voluntary licence in the non-communicable disease space sets a vital precedent that I hope other companies will follow.”

“Access to high-quality cancer medicines is a crucial component of the global health response to the cancer burden,” added Gore, making the announcement on the sidelines of the World Cancer Congress in Geneva.

“While there has been tremendous progress in new technologies to treat cancer, major challenges persist in many low- and middle-income countries (LMICs) that face inequity in access to new-generation cancer medicines which could allow patients to live better and longer. Advances in treatment, such as nilotinib, have contributed to a greatly improved prognosis for people diagnosed with CML,” MPP said in a statement on Thursday.

Delegates to the cancer congress have already noted that cancer deaths in LMICs are being driven by a lack of access to early diagnosis and treatment for a range of common cancers.

The agreement developed out of the new Access to Oncology Medicines (ATOM) Coalition, which was launched in May and consists of major players in the cancer sector, including pharmaceutical companies.

Lutz Hegemann, Novartis president of global health and sustainability, said that his company was  “proud to be pioneering this new licensing model with MPP in collaboration with the ATOM Coalition”.

In May 2022 Novartis and MPP both joined ATOM, which is being led by the Union for International Cancer Control (UICC) to improve access to essential cancer medicines in LMICs, and to increase the capacity for diagnosing cancer and for the proper handling and supply monitoring of these medicines.

ATOM co-chair Anil D’Cruz hailed the agreement, saying that it showed “that the combined efforts of the private and public sectors can pave the way to help save millions of lives”.

Gilberto Lopes, ATOM’s other chair, said that “innovative solutions like the one announced today should be an example for others to follow, helping millions more people access essential, life-saving cancer medicines”.

The MPP is a United Nations-backed public health organisation working to increase access to, and facilitate the development of, life-saving medicines for LMICs – mostly by encouraging the generic manufacture and the development of various medicines.