“The good news is that the Chinese vaccines that have just been provided with the emergency use authorization by WHO, will also be engaging with COVAX so that they can make available their vaccines to the COVAX facility,”  Nkengasong said at a press briefing.

The addition of those options to COVAX will help expedite Africa’s vaccination programmes and put the continent on track towards achieving herd immunity, he said.

“I think that will improve our ability and diversify our options,” he added.

Last week, WHO’s expert committee said it would approve the two-dose Sinovac COVID-19 vaccine for its “emergency use listing”. That made it the eighth vaccine to receive WHO approval and followed on from WHO’s approval of the Chinese Sinopharm vaccine on 7 May.

The COVAX facility, which is supplying vaccines to over 100 low and middle income countries, has been desperately short of vaccines since it’s main supplier, the Serum Institute of India, redirected all of its production to domestic use following a huge domestic surge in infections that began in April.

“We can only be optimistic and hopeful that the new vaccines that have been approved will actually also help us increase the uptake of vaccines on the continent,” Nkengasong said. “I believe they will improve our abilities and diversify our options to access vaccines which up to now were extremely constrained with the crisis that India went through.”

Unlike the next-generation mRNA vaccines, both the Sinopharm and SinoVac vaccines are based upon a conventional vaccine delivery platform – using an inactivated SARS-CoV2 virus to stimulate immunity.

The vaccines can be stored at normal fridge temperatures, making them  easier to roll out in resource limited settings in various African countries. This in contrast to the mRNA vaccines by Pfizer/BioNTech and Moderna, which need to be stored at freezer conditions or below, creating major logistical problems, especially in rural areas.

Countries shouldn’t rule out use of the mRNA vaccines or others that require stricter cold chain storage conditions  – but rather be selective about where they are used, Nkengasong stressed.

“I would encourage countries to look at things through their vaccine plans and not ‘excuse’ any vaccine but make it part of the vaccination strategy and implementation plan,” Nkengasong said. 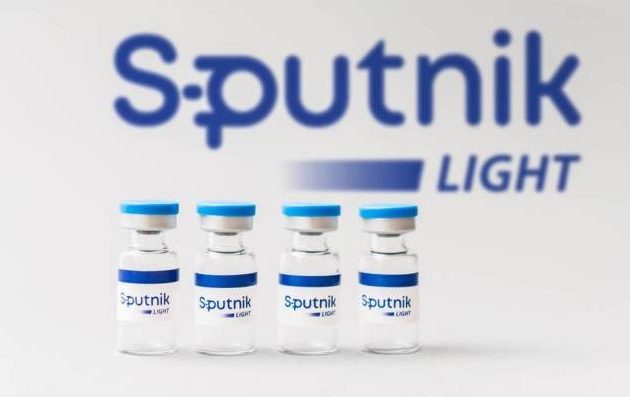 Adding yet another vaccine to the array is a new Russian single dose COVID-19 vaccine that was just approved by the first African country. On Wednesday, Mauritius granted emergency use authorization to the “Sputnik Light vaccine, which also may be rolled out soon in India.

Sputnik Light is in fact simply the first dose of the two-dose Sputnik V vaccine; its developers claim that the first dose alone achieves an efficacy rate of 79.5 %, as compared to 91.6% for the original two dose regime.

A technologically more advanced vaccine than its Chinese counterparts, Sputnik V used the SARS-CoV-2’s DNA instructions for building the distinctive coronavirus spike protein as a vehicle for stimulating the body’s immunity. That DNA is delivered in an inactivated  adenoviruses, a kind of virus that causes colds.

If the efficacy data reported so far by Sputnik’s developers, the Russian Direct Investment Fund (RDIF) is validated by WHO or another independent regulatory authority, that would make Sputnik Light as efficient – or even more so, than the two Chinese vaccines, and comparable with the efficacy of the single dose Johnson & Johnson vaccine, which is being deployed in South Africa.  So far, however, neither the European Medicines Agency nor WHO have approved the vaccine for emergency use.

However, according to latest WHO update on its reviews of Covid-19 vaccines, the Organization’s review of the original Sputnik V two-dose vaccine is still lagging far behind its Chinese counterparts.  Additional clinical and non-clinical data are still to be provided by RDIF, and manufacturing facility inspections are pending for June.  As for the Sputnik Light, no dossier has even yet been submtited to WHO for review.

Very appreciative of @POTUS' announcement that 🇺🇸 will share an initial 19M #COVID19 vax doses via #COVAX to protect those most at-risk & for encouraging others to do the same. We hope to work closely with 🇺🇸 to share 80M doses before July. #VaccinEquityhttps://t.co/7menjtcQHA

Another bright spot on the horizon, said Nkengasong, is the fact that the first donations of vaccines by rich countries are reaching more African countries now. There are, however, indications, that COVID-19 vaccination in Africa could soon be back on track with three African countries receiving doses of Oxford-AstraZeneca and Pfizer vaccines via COVAX.

A major boost for Africa is the announcement of United States President Joe Biden on Thusday tht his country would share 80 million surplus US COVID-19 vaccine doses with other countries in need by the end of June – approximately 5 million would go to Africa.

On May 27, Rwanda received 247,000 doses of AstraZeneca vaccine from the COVAX facility and this included 117,600 doses donated by France.

“With these doses, Rwanda will be able to resume its vaccination campaign and fully immunize those who previously received the first dose of the vaccine,” Nkengasong said.

WHO Warning – Southern and Eastern African Countries Experiencing a Surge

And at the same time that new vaccine approvals and COVAX procurement deals may hearken light at the end of the COVID-19 tunnel, southern and eastern African countries are witnessing COVID-19 resurgence, underlining the need for an urgent boost in critical care capacity to prevent health facilities from being overwhelmed.

“Weak observance of preventive measures, increased population movement and interaction as well as the arrival of winter in southern Africa have heightened the risk of COVID-19 resurgence in many countries,” said Dr Matshidiso Moeti, director of WHO’s Africa Regional Office, in another press briefing.

Over just the last two weeks, the continent had recorded a 20% increase in COVID-19 cases compared to a fortnight ago. The pandemic is also trending upwards in 14 countries and in the past week alone, eight countries witnessed an abrupt rise of over 30% in cases,  said Moeti.

While Africa’s reported infection rates throughout the pandemic have generally been lower than almost any other region of the world,  African public health officials have been nervously eyeing the India experience, where historically low rates were followed by an extraordinary surge in cases. At the peak, infection rates approached 400,000 cases a day, creating unprecedented demands on health systems and in particular on oxygen supplies.

If a similar scenario were to play out in African countries with even weaker health systems, the results would be nightmarish – particularly in light of the fact that African countries have even less access to vaccines than India, which is manufacturing two vaccines in the country. As a result,  any trend of rising cases is a cause of concern.

“South Africa is reporting a sustained increase in cases, while Uganda saw a 131% week-on-week rise last week, with infection clusters in schools, rising cases among health workers and isolation centres and intensive care units filling up. Angola and Namibia are also experiencing a resurgence in cases,” Moeti said.

Of the 53.5 million COVID-19 vaccine doses delivered so far to 50 African Region member states, 38.1 million doses have been administered, according to Africa CDC.

So far, only 0.54% of the African population has been fully vaccinated, although that represents  an increase of 0.8% compared to the previous week. WHO and CDC officials said.

In light of all of those factors, Moeti warned that the threat of a third wave in the continent “is real and rising”, adding that the priority now is to swiftly :get vaccines into the arms of Africans at high risk of falling seriously ill and dying of COVID-19”.

“Many African hospitals and clinics are still far from ready to cope with a huge rise in critically-ill patients. We must better equip our hospitals and medical staff to avert the worst effects of a  runaway surge,” said Moeti. “Treatment is the last line of defence against this virus and we cannot let it be breached.”