In the past year alone, women’s use of contraception in 82 low- and lower-middle-income countries has averted more than 141 million unintended pregnancies, 29 million unsafe abortions and almost 150,000 maternal deaths.

This is according to the global family planning partnership, FP2030, which released its 2022 Measurement Report on Wednesday.

Today, 371 million women of reproductive age are using modern contraception – an increase of 87 million over the past decade, according to the report.

The biggest increase in contraceptive use is in sub-Saharan Africa, where there has been an increase of over 6% in the past decade, to cover 23% of women and girls of reproductive age. 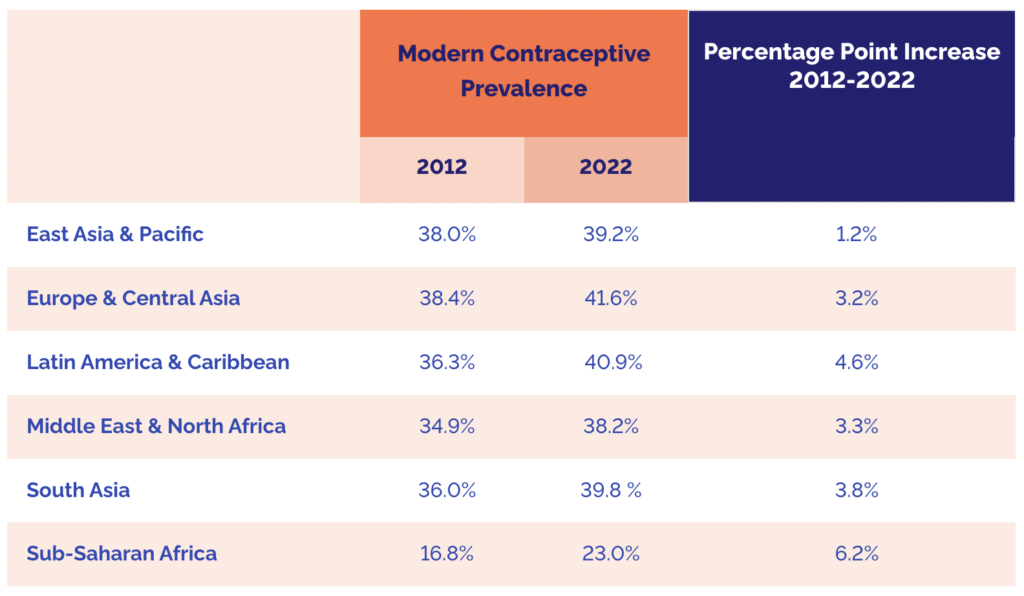 “The past ten years have been full of obstacles for country health systems – wars, political upheavals, natural disasters, deadly disease outbreaks, and lately the COVID-19 pandemic – yet through it all, women everywhere have continued to seek out and use modern contraception in ever-growing numbers,” said Dr Samukeliso Dube, FP2030 executive director.

“What our latest report shows is just how unstoppable the demand for modern contraception is,” she added. “Women want to control whether and when to have children, and how many children to have.”

in sub-Saharan Africa, young married women aged 15-24 relied on methods such as injections and pills obtained from government facilities, while most unmarried sexually active women in the same age group relied on condoms from private health sources.

Globally, there has been “a steady shift towards long-acting and reversible contraception”, according to  FP2030’s Jason Bremner.

However, the report shows that donor funding for family planning is not keeping up with the growing demand for modern contraception. In 2021, donor government funding totalled approximately US$1.4 billion, which was substantially lower US$1.52 billion received in 2019. 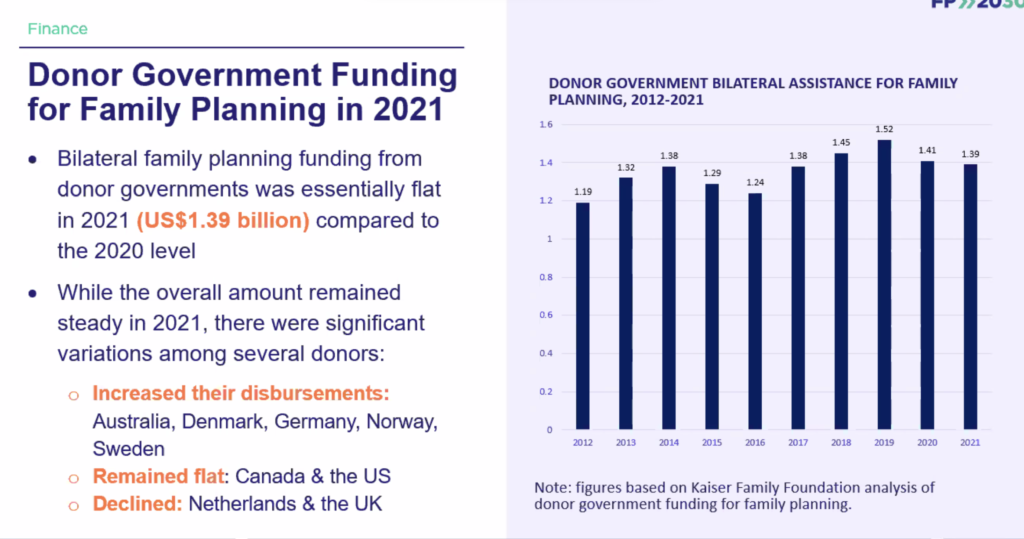 The US remains by far the biggest funder of family planning, making up over 41% of the $1.39 billion in bilateral disbursements in 2021. The UK has reduced its contribution the most, and now contributions little over 11%. The Netehrlands is now the second biggest donor, contributing 13,7%.

“Failing to adequately fund family planning efforts would be a missed opportunity for millions of women,” said Dr Dube. “We need not only to hold the line but also to secure new funding to accommodate the surge in demand for family planning. The hard-won gains of the last 10 years could slip away if we don’t act now.”

“There are still 50 million women who report using a traditional method, such as rhythm and withdrawal,” according to Bremner, adding that they should be offered the opportunity to use a more modern and reliable form of contraception. 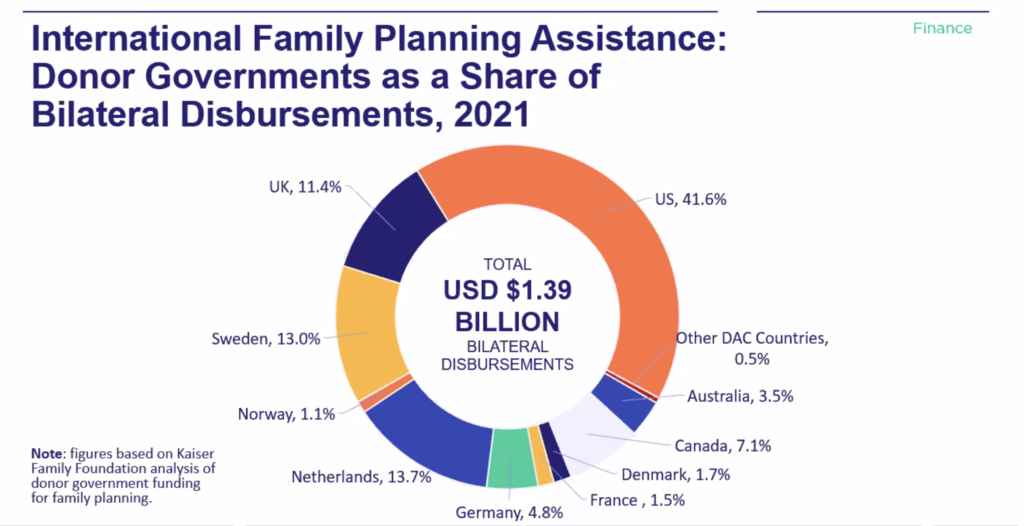