The Ebola epidemic in the Democratic Republic of the Congo is enduring despite efforts deployed and progress achieved, mainly because of the difficulty to reach communities. The complexity of the response to this epidemic prompts actors to rethink their strategy, as explained by the head of Wellcome Trust yesterday on the side of the World Health Assembly.

Shortly before the start of the 72nd World Health Assembly, taking place from 20-28 May, the Coalition for Epidemic Preparedness Innovation (CEPI) organised a side event promoting collaboration and science to prevent epidemics. 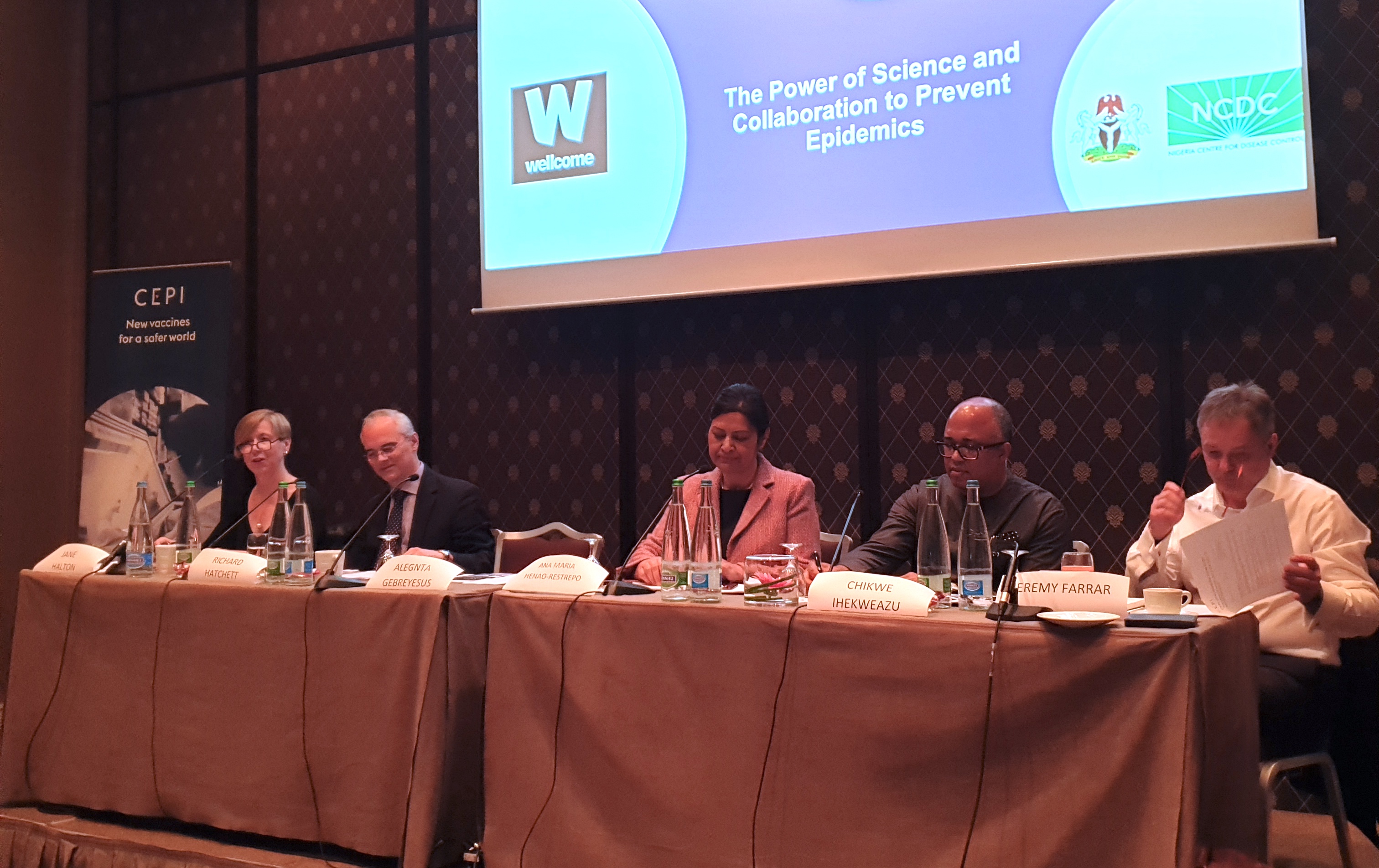 CEPI is a public-private partnership, launched at the World Economic Forum’s Davos meeting in 2017, with the aim of accelerating the development of vaccines against emerging infectious diseases, and ensuring equitable access.

One of the main challenges in tackling the second and largest Ebola epidemic in the DRC, explained Ana Maria Henao-Restrepo, Medical Officer at the Department of Immunization, Vaccines and Biologicals at WHO, is access to communities in conflict zones and gaining their acceptance of the response.

Nowhere Near Where We Need to Be, Says Wellcome Trust Head

Jeremy Farrar, director of Wellcome Trust, said that despite progress in terms of preparation, prevention and response to epidemics, the global community has to recognise that “we are nowhere where we need to be.”

He remarked on Ebola, “perhaps the most complicated epidemic that has been witnessed at the moment,” explaining the difficult geopolitical context of the country and its communities, which have have felt neglected for a long time and which do not yet accept the response being coordinated.

Public health itself has got to change, and so does the belief that because there is a vaccine or a treatment available, the community is going to accept it, he said.

These issues should act as a wake-up call on the roles health actors, and in particular funders, play when working with communities, and the need integrate “much more strongly things what we often add at the end,” such as social sciences, and ethics. “If we see public health agencies, and funders, and others as just the production of science which society will subsequently accept, then I think we will never allow that science to get where it matters,” he said.

Public health in the future will have to embrace a more holistic approach than what was traditionally done. The whole public health community, including non-governmental organisations, humanitarian groups, industry, research institutions and governments should be brought together, he explained. Some circumstances may even call for a mechanism ensuring security for the individuals who are providing public health, according to Farrar.

Collaboration Key But Not Easy to Achieve

He also remarked that “collaboration and partnerships” is a “very nice fuzzy-sounding” expression, but achieving them is actually “very hard.” North-South collaboration requires accommodation on both sides, and understanding the benefits such collaboration can bring to both sides, he said.

Taking the example of gene sequencing, he said that according to his understanding, collaboration means that countries like Nigeria no longer send samples to the North to be sequenced, but rather are being helped to develop their own capacities to do the sequencing themselves and then share the results.

Alegnta Gebreyesus Guntie, director of the Emergency and Critical Care Directorate at the Ethiopian Ministry of Health, also remarked that support should be extended to the prevention and preparation phase, underlining a need to strengthen diagnostic capacities in countries and work on health systems strengthening.

The Ebola epidemic is not “a discrete episode,” Farrar said, and it will come back periodically, he predicted. Most countries cannot have organisations solely dedicated to dealing with epidemics, he said, so general health infrastructure will have to be equipped to be able to address the epidemic episodes as they arise. A strong research agenda should also be developed on Ebola, he added.