September 7 is the first International Day of Clean Air for blue skies launched by the United Nations’ General Assembly.

It aims to build a global community of action that calls on countries to work together to tackle air pollution and provide clean air for all. As the COVID-19 lockdowns reminded us of from Wuhan to Los Angeles to New Delhi, air pollution does not have to lead to fatality, and can drop dramatically when sources of emissions cease as a result of political decisions. In many places around the world, people rediscovered for the first time in decades what clean air looks like.

In his keynote address, the secretary-general of the United Nations António Guterres urges, “We need dramatic and systemic change. Reinforced environmental standards, policies and laws that prevent emissions of air pollutants are needed more than ever.

“Countries also need to end subsidies for fossil fuels. And, at the international level, countries need to cooperate to help each other transition to clean technologies.

“I call on governments still providing finance for fossil fuel-related projects in developing countries to shift that support towards clean energy and sustainable transport.”

Air pollution is identified since long as the single greatest environmental risk to human health and one of the main avoidable causes of death and disease globally, with 7 million premature deaths across the world attributed to indoor and outdoor air pollution, more than from Malaria, Tuberculosis and AIDS combined.

Also, all major air pollutants have an impact on the climate and most share common sources with greenhouse gases (GHGs), especially related to the combustion of fossil fuels. As citizens mobilize for cleaner air and greater protection of their health, effective sanitary regulations by city or district authorities have proven one of the most powerful instruments to both rein in toxic emissions and address the climate emergency. But countries must quick get their act together and lead the systemic change needed through greater international cooperation. 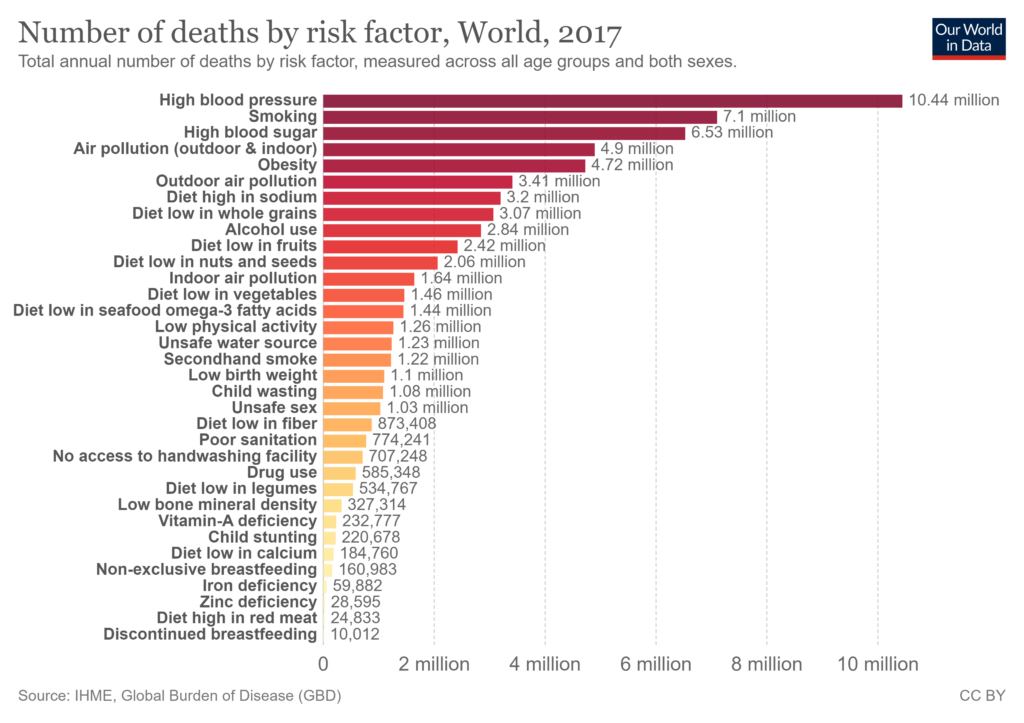 Air pollution is caused by gases and particles emitted in the atmosphere by a variety of human activities, such as the inefficient combustion of fuels, agriculture, and farming. There are also natural sources contributing to air pollution, including particles of soil dust, which greatly affects desert regions and salt in sea spray.

Tiny, invisible particles of pollution penetrate deep into our lungs, bloodstream and bodies.

The Most Affected Areas

Visiting an interactive live map created by UNEP is a real eye-opener. In the case of particulate matter, the large majority of countries are far beyond WHO’s recommended threshold, but populations in Northern Africa, the Middle East, South Asia and China are disproportionately exposed.

There have been remarkable decreases in emissions and pollutant concentrations in many European countries, as well as the USA, Canada and Japan, where strong policies, regulations and regular monitoring systems were put into place.

One of the most famous examples is London, which historically had some of the worst levels of pollution. Since then, air quality in the UK has improved remarkably. Particulate air pollution levels fell by over 97% between 1900 and 2016. 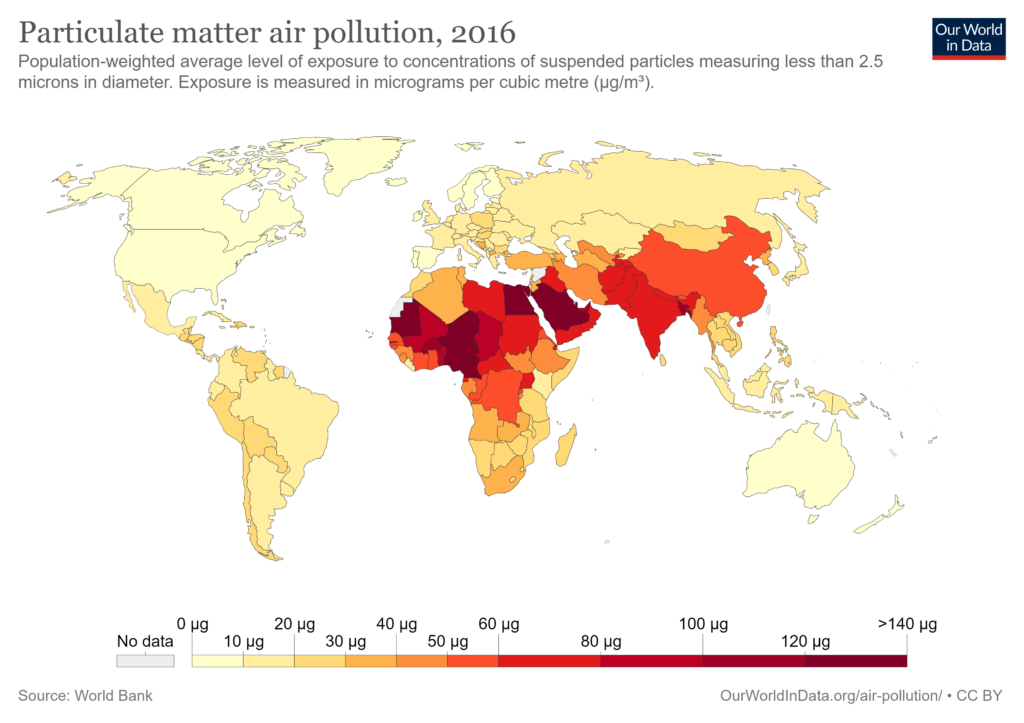 Air Pollution And Greenhouse Gases Build Upon Each Other

Air pollutants and greenhouse gases (GHGs) not only share many common sources, they also aggravate each other in multiple ways. For example, GHGs, such as methane, contribute to the formation of ground-level-ozone, and levels of ground-level ozone increase with rising temperatures. Rising temperatures increase the frequency of wildfires, which in turn further elevate levels of particulate air pollution.

From the Macro To The Micro: Regional to City-level Cooperation Lead The Fight Against Air Pollution

A good example of the positive achievements of a multi-national air pollution reduction approach is the UNECE Convention on Long-range Transboundary Air Pollution, which was the first coordinated approach between countries to address their common and shared air pollution problems. Under the Convention, 51 countries in Europe – including all EU Member States – and North America are cooperating to reduce deadly air pollution. Achievements are significant:

Several of the world’s largest cities have peaked their greenhouse gas emissions and actually reduced them by 22% in average, according to C40, the international network of cities supporting them on climate action. In a similar way, many are adopting strong measures to curb air pollution by regulating which vehicles can access their urban centres and have signed the Clean Air Cities Declaration in 2019.

Without waiting for national policies to be in place, they are sending the advanced signals to power suppliers, manufacturers and food producers that their practices will now have to adapt radically within the next decade. 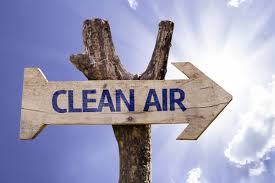 Through their action, citizens, cities, national authorities and multilateral cooperation have the potential to trigger social tipping points towards better health for people, sustainable human development and climate stability. To that effect, clean air strategies prove to be instrumental in reaching the Paris climate goals alongside parallel efforts on food systems.