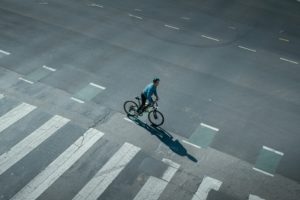 But officials in different sectors seldom factor health into planning transport and urbanisation, said public health experts at a discussion on public health systems hosted this week by Vital Strategies.

“The future of public health also demands that our health ministries be transformed from ministries of diseases to ministries of health. And this can only happen if we think more broadly about the connections that actually make a healthy society,” she added.

“We are asking you to consider how transportation, energy, finance, development and education can be the building blocks to making deep and lasting changes that protect everyone everywhere.”

This “intersectional” approach would see a range of government departments working together on “co-wins”, said speakers.

“What we’re looking for is a policy or a set of interventions that will yield multiple benefits,” said Dr Nandita Murukutla, Vital’s vice-president for global policy and research.

For her, regulating ultra-processed food offers such an opportunity because such foods are linked to NCDs and obesity. They also have a detrimental effect on the environment, as key ingredients such as corn cause biodiversity loss, transporting the goods cause greenhouse gas emissions and their packaging causes wastage.

“A win-win solution would be a reduction in the consumption of ultra-processed products through solutions such as taxes, which would make these products out of the reach of ordinary people, and provide ministries and governments with a source of revenue,” said Murukutla.

The “low-hanging fruit” to address health and get income for post-COVID economic recovery is to raise taxes on tobacco, alcohol and sugary drinks, major risk factors for NCDs, to discourage people from consuming them, said Jeremias Paul, who heads the World Health Organization (WHO) fiscal policies for health unit.

Cities that provide the space to enable people to use their bicycles safely was a win-win for Claudia Adriazola-Steil, Director of Health and Road Safety at the WRI Ross Center For Sustainable Cities.

“If we can get people to cycle to work safely, this will bring down traffic crashes. Then we will see the levels of physical activity increasing and this means that we will have less chronic diseases – less heart disease, diabetes, obesity,” said Adriazola-Steil.

She added that while there was a clamour for electric cars, these were not going to be introduced fast enough to keep the world from warming up over 1.5 degrees Celsius.

Referring to research done by Oxford University’s Christian Brand, who found emissions from cycling 30 times lower per trip than driving a fossil fuel car, and about ten times lower than driving an electric one, she appealed to people to switch to bicycles and hybrid e-bikes.

“So if you personally want to make a contribution to climate change, you can chip but of course, we’re not going to ask people to take a bike when it’s unsafe. And we really need to make that cheap,” said Adriazola-Steil, who commended the Heart Association for providing funding to encourage cycling.

Public health has not been considered when governments have made decisions about electrification and industrialisation, such as fuel subsidies for the fossil fuel industry, said Kass.

While converting to renewable energy will cost money, Kass said that the potential savings “in terms of lives, saved, hospitalisations averted, children who thrive from avoidance of stunting or low birth weight”  -– even if only applied to the air pollution aspect of climate emissions – would more than pay for the cost of the interventions necessary to green the economy.

With the international climate change conference, COP26, beginning over the weekend, Kass says an agreement on reducing carbon emissions would be a win for health.

“Countries have still yet to ratify what’s called Article Six, which is a pricing scheme for carbon,” says Kass.

“Economists globally have near consensus that the most equitable, least regressive way to reduce consumption and emissions is to properly price carbon, and factor in all of the social consequences of business as usual and climate scenarios,” said Kass.

The pricing would be distributed throughout the economic system, paid for by producers as well as consumers – and the effect would be to “incentivize investment in alternate technologies”.

“We need to act like the earth is burning, because it is,” said Kass.

But he warned that there isn’t yet a level of popular support for the urgency necessary to address climate change.