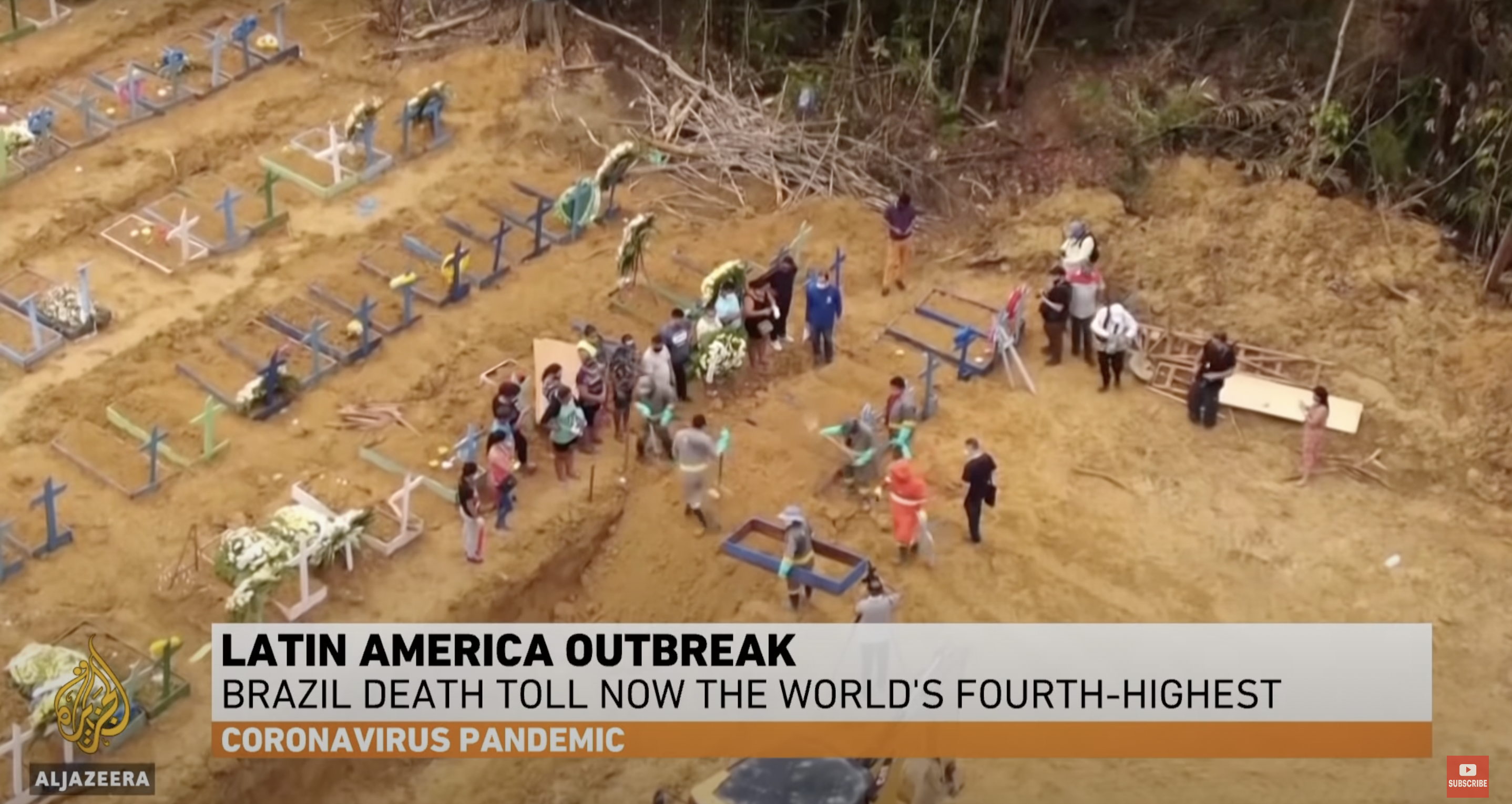 The new Brazilian government under President Lula da Silva intends to propose that the World Health Organization (WHO) addresses the health of indigenous people systematically, including by training indigenous health workers.

Santiago Alcazar, the former head of WHO in Brazil, told a discussion convened by the Geneva Global Health Hub (G2H2) on Monday that Brazil would propose that the WHO establish a project on indigenous people’s health at the body’s executive board meeting, which starts this weekend.

Alcazar was addressing a G2H2 discussion on authoritarianism in a pandemic, which focused on the judgement of the Permanent People’s Tribunal (PPT) that former Brazilian president Jair Bolsonaro was “liable for crimes against humanity” during the COVID-19 pandemic.

Indigenous peoples, Black people, and quilombola (descendants of escaped slaves)  were worst affected by the Bolsanaro administration’s “rejection of isolation, social distancing, [COVID] prevention, and vaccination”, according to the PPT, which was set in 1979 up to expose human rights violations of ordinary people worldwide.

“Contrary to the unanimous position of scientists around the world and WHO recommendations, Bolsonaro not only ensured that the Brazilian population did not adopt the planned measures to limit the infection but repeatedly created various obstacles to them, frustrating his own government’s attempts to protect the population from the virus,” according to the PPT judgement.

Bolsonaro is infamous for declaring during the pandemic: “Everyone has to die one day. We have to stop being a country of sissies.”

During the height of the pandemic, there were reports of people being buried in mass graves in the Mannaus in the Amazon as graveyards struggled to cope with the death toll. In June 2020, as the death toll soared, Bolsonaro’s government simply stopped publishing statistics on COVID-19 infections and deaths. 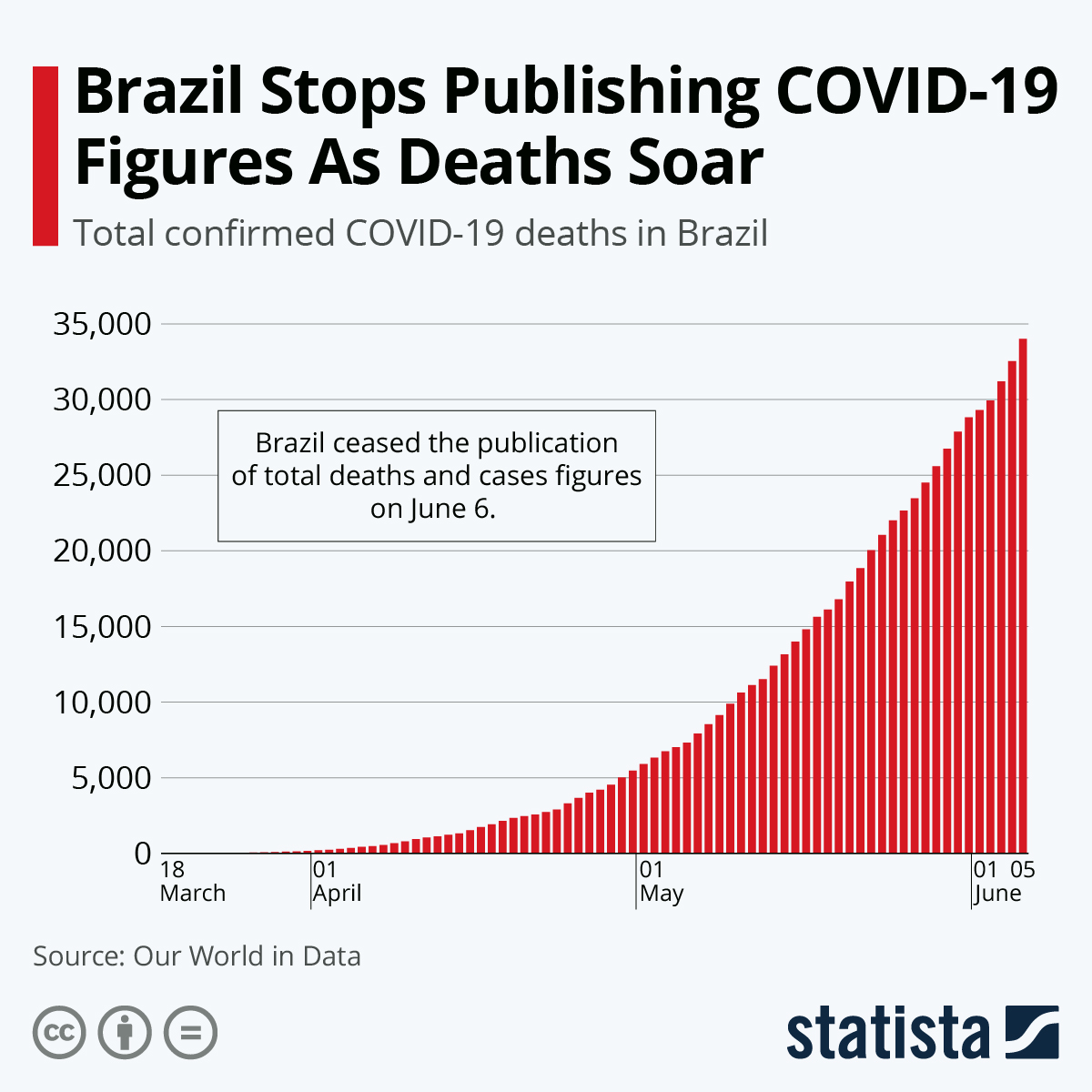 You will find more infographics at Statista

G2H2 co-chair Nicoletta Dentico, who was part of the PPT jury that heard evidence against Bolsonaro, said that the tribunal had drawn global attention to Bolsonaro’s “genocidal weaponization of COVID”.

Dentico indicated that having public hearings was one of the few tools that civil society could use against authoritarian governments during a pandemic.

PPT secretary Gianni Tognoni told the meeting that the Commission for the Defense of Human Rights Dom Paulo Evaristo Arns, the Articulation of Indigenous Peoples of Brazil (Apib), the Black Coalition for Rights, and Public Services International (PSI) has requested the hearing.

They argued that Bolsonaro and his government “intentionally spread COVID-19”, causing an estimated 480,000 unnecessary deaths that “mainly affected the indigenous population, people of colour, and health workers”.

Brazilian human rights lawyer Eloisa Machado said that the Bolsonaro government had a “deliberate project to disseminate COVID-19”, yet the country’s general prosecutor, aligned with the former president, had not been interested in investigating any criminal activity.

“States and municipalities also did not have the financial resources to fight against COVID-19,  there was negligence in the purchase of vaccines and there was a lack of vaccination campaign,” said Machado.

While a  parliamentary commission found that Bolsonaro was propagating the pandemic by failing to implement preventive measures, the conditions in the country were not conducive to openly challenging the “democratically elected dictator”, added Machado.

There was court action against some of Bolsonaro’s more outrageous claims – such as that a person could get AIDS from the COVID-19 vaccine – but nothing to expose the systemic way in which he pursued a deliberate policy of mass COVID-19 infection instead of trying to protect people.

As a result, civil society organisations opted to approach the PPT for a hearing to show that there had been a systemic policy that had particularly affected the country’s most vulnerable people.

“We’re confident that the judicial interpretation of the PPT ruling will be able to be used to bring justice, aside from this occurring in a symbolic realm,” said Machado, stressing that civil society is adamant that there should be no amnesty for the crimes against indigenous populations committed during the pandemic.

State of emergency in Yanomami

Alcazar, who now works for the Fiocruz Foundation, said that indigenous communities had been abandoned during COVID-19. Last week, the government declared a state of emergency in Yanomami territory, Brazil’s largest indigenous territory, in reaction to severe malnutrition.

During Bolsanaro’s reign, illegal gold miners have been operating freely in the area, often clashing violently with local people, and the health system has been neglected.

“Brazil has 2.7% of the world’s population but it has 11% of deaths due to COVID,” said Alcazar, adding that this was not just a result of incompetence but “evil intent”.