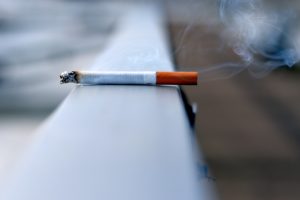 Imagine you run a country and someone comes to you and says, “I have an idea for how you can make people healthier, reduce cancer by 20%, protect women and children, and even put money in your coffers for COVID-19 response, vaccines and recovery efforts.”

It sounds implausible, even absurd. And yet, there is one simple, evidence-based tobacco control policy that can have that kind of impact: implementing a 10% increase in taxes on tobacco products to decrease consumption. It isn’t easy: the tobacco industry has a long record of lobbying against tobacco taxes in country after country. But we have also seen how committed advocacy—especially by women—can make a difference.

COVID-19 has underscored the global threat of tobacco on health. Before the pandemic, one person died every 4.5 seconds from a tobacco-related disease. The pandemic has made smokers even more vulnerable, because smokers who contract COVID-19 have an increased risk of hospitalization and death.

Nearly two years in, the coronavirus is driving the health community to build back better, reimagining a world in which health is central to our lives. But continuing to ignore the power of tobacco will prevent us from securing the healthy future we seek—and is a crystal clear area for urgent action.

The single most effective way to reduce tobacco use is for governments to increase taxes on products to make them less affordable. The World Health Organization’s (WHO) new technical manual on tobacco tax policy and administration chronicles how countries can reduce the $1.4 trillion-plus in health expenditures and lost productivity due to tobacco use worldwide. Yet, even though taxes have been proven to work, only 14% of the world’s population live in a country with sufficiently high tobacco taxes.

Increasing tobacco prices by 10% have been shown to decrease consumption by 4% in high-income countries and 5% in low- and middle-income countries. What’s more, taxes can also be used to fund health. Taxation can not only encourage smokers to quit, and prevent youth from starting, but also generate revenue to strengthen health systems for everyone.

Calling for higher taxes during a global pandemic and economic austerity can be challenging. Citizens who have suffered significant economic losses and increased stress due to COVID-19 shirk from the word “tax”.

Yet when citizens understand the win/win of health-focused taxes more broadly, they are largely supportive, especially when increases in tobacco taxes are linked with funding to a targeted public health benefit.

The Philippines 2012 “sin tax”, a targeted tax on tobacco and alcohol products, is a success story that used revenue to fund a specific health care benefit, and resulted in 10.8 million more poor and near-poor families being covered by the National Health Insurance Program within five years of its adoption.

As we’ve seen in the Philippines, if the public is able to see the connection between higher tobacco taxes and the direct benefits that affect their lives, they are more likely to support these policies.

In the fight against tobacco, building public support is key, and too often women are an untapped resource. As the mother of a cancer survivor, I can tell you firsthand what it is like to care for a child touched by disease.

This experience led me to serve as the President of the Union for International Cancer Control and to take on my current work with the global health organization, Vital Strategies, helping to advance proven policies to reduce tobacco use across the globe.

There is no safe level of exposure to secondhand smoke, and women and children are disproportionately affected by other people’s smoke. Although women account for just over 9% of tobacco users worldwide, they account for about two-thirds of deaths from second-hand smoke.

They often lack the power to negotiate for smoke-free homes or workplaces, where women and children need to be protected from exposure. Governments can help reverse these burdens by bringing women to the table to advocate for smoke-free legislation in all public places, and to rely on their participation to help push through such measures.

In Vietnam, where only 1.1% of women smoke tobacco yet an estimated 9.5% die from tobacco-related disease, women are taking action. The Vietnam Women’s Union, a network of 20 million, works diligently with the Ministry of Health to increase awareness of tobacco’s pernicious impact so that they and their families can live healthier lives.

Their national initiative for smoke-free homes urges women across the country to encourage smokers to respect a voluntary smoking ban in the home and to support smoke-free public places.

A specific focus on taxation – including advocating for a tobacco tax increase – kicked off in 2018 with a high-level workshop in partnership with the Vietnam Tobacco Control Fund, “Impacts of the Tobacco Tax Raise on Women and Children Health.”

We need more efforts like this partnership to expand the role of women in efforts to protect everyone from the harms inflicted by tobacco.

Take on the Tobacco Industry

Worryingly, sales of tobacco products during the pandemic have steadily increased, especially in countries with high rates of poverty. Seizing on the heightened demand – rooted in isolation, anxiety and mental health issues – the tobacco industry brazenly sought to get cigarettes listed as an essential item during early lockdowns.

They succeeded in many places, including my own country of Jordan, where, despite a government-implemented ban on smoking indoors and in public spaces during the pandemic, surveys show tobacco use is still increasing.

Despite graphic health warnings on packaging and government bans on tobacco advertising, many young people have embraced tobacco use during lockdowns.

We can’t continue with business as usual. It is up to governments to implement tobacco taxes—despite the inevitable pressure from the tobacco industry—as a well as a bans on tobacco advertising and promotion, well funded campaigns to inform about the harms of smoking, and restrictions on smoking in public places and work places. Politicians must advance these measures as part of a broader strategy to reduce the overwhelming burden of noncommunicable disease—including cancer, diabetes, and heart and lung disease.

The tobacco industry is a powerful force that time and again has prioritized profits over people. Yet we have the means to counter this insidious force.

Increasing tobacco taxes will not only improve public health and reduce health care expenditures; it will also increase revenue at a time when so many governments seek to strengthen national health systems as they struggle with COVID-19. And engaging women in the fight against tobacco broadens the reach of anti-smoking campaigns.

The global pandemic has illuminated how critical public health is to all our lives, granting governments an opportunity to act with a renewed sense of urgency. But they must seize the moment and garner the political will to protect the health and well-being of their citizens against the harms of tobacco.

Her Royal Highness Princess Dina Mired of Jordan serves as Special Envoy for Noncommunicable Diseases at Vital Strategies. She was a recipient of this year’s WHO World No Tobacco Day award for her work to fight tobacco and NCDs across the globe.