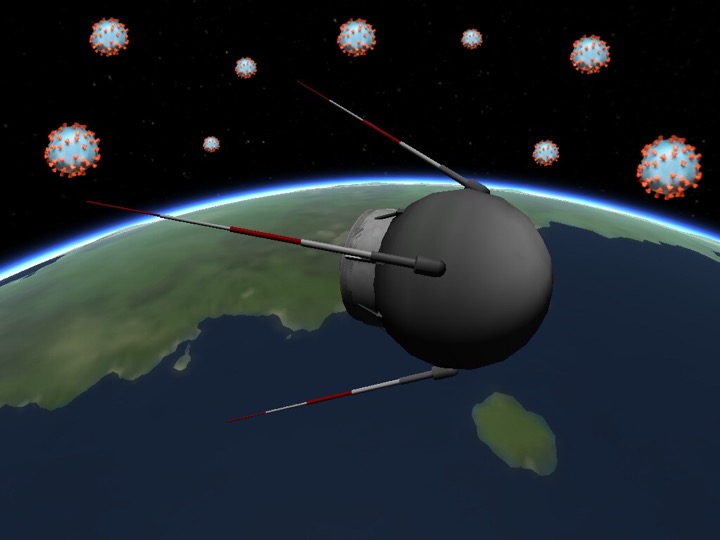 Russia’s speedy approval of a COVID-19 vaccine on Tuesday has drawn widespread criticism from Health Ministers, researchers, and even a Russian pharma industry group.

However, it has also spurred interest and offers to collaborate on testing the new vaccine in other countries, including from quarters as farflung as Israel and the Philippines.

The Russian COVID-19 vaccine, dubbed Sputnik V, is the first in the world to receive national regulatory approval; it was approved for public use even ahead of its Phase III trial. Additionally, results from earlier clinical trials have not yet been released to the public or the World Health Organization, sparking concerns from many experts that the country is jumping the gun in a bid to showcase Russia’s scientific prowess.

“It is not about being first, it is about having an effective, a tried and with that a safe vaccine,” German Health Minister Jens Spahn told the radio station Deutschlandfunk on Wednesday. “The problem is that we know very little because the Russian authorities are not being transparent. To have trust in such a vaccine I believe it is important to do the necessary testing even in times of pandemic and to make everything public.

“We know that as of now that there has been no Phase 3 testing, so no clinical trials with a broad spectrum of people. And with that it can also be dangerous to start too early.”

Jeremy Farrar, director of The Wellcome Trust, tweeted, “It is wrong to release any vaccine without robust assessment [of] safety & efficacy. This vaccine [has] not been robustly assessed & should not be released outside clinical trials.”  Rapid  release of Russia’s vaccine before testing was completed could jeopardize public trust in vaccines in general, he suggested.

But the World Health Organization refrained from openly joining the chorus of criticism. A WHO spokeperson told Health Policy Watch that WHO experts were “in touch” with the Russian vaccine’s development team, and stressed that vaccine research protocols should be followed.

“Accelerating vaccine research should be done following established processes through every step of development, to ensure that any vaccines that eventually go into production are both safe and effective,” said the spokesperson.

Russia’s own Association of Clinical Trials Organizations has expressed concerns about the speedy approval, calling the vaccine a “Pandora’s box.”

“The rules for conducting clinical trials are written in blood. They can’t be violated,” ACTO Executive Director Svetlana Zavidova told Bloomberg News. “This is a Pandora’s Box and we don’t know what will happen to people injected with an unproven vaccine.”

Developed by Russia’s Gamelaya Institute, and funded by the Russian Direct Investment Fund, some 67 people were administered the vaccine in small Phase I and Phase II trials, including President Vladimir Putin’s own daughter, although no results or data have been released or shared with the World Health Organization, the latter a protocol followed by other vaccine developers.

Russia has announced that healthcare workers will be among the first to receive the vaccine, starting in October 2020. However, a Russian Ministry of Health spokesperson told Science Insider that the current registration would not allow the vaccine to be used more broadly until January 2021, presumably after larger clinical trials have been conducted.

Growing Interest From Other Countries In Testing Russia’s Vaccine

Despite the chorus of criticism, policymakers and experts in some quarters were taking a more positive approach, expressing interest in using or testing the Russian vaccine.

President of The Philippines, Phillippe Duterte told media outlets that he “trusted” the Russian vaccine, and offered to have himself  “publicly injected” to alleviate Filipinos’ fears.

The Russian vaccine was also stirring scientific interest in Israel, which has a 1 million strong Russian emigrant community.

“We are playing a part in conducting safety and efficacy studies,” Rotstein said in an interview with The Jerusalem Post.  He noted that Hadassah, which has a worldwide network, would work in  collaboration with its new branch in Skolkovo, Moscow.  Hadassah became the first foreign medical center to open a clinic in Russia in 2018, at the Moscow International Medical Cluster.

Israel, which is considered a biomedical powerhouse, should not be so quick to dismiss the Russian coronavirus vaccine, Rotstein underlined, saying that the country should not only  be betting on the success of US vaccine candidates.  In June, Israel signed a pre-order agreement wiht Moderna, the Boston-based firm that just embarked on Phase III trials of a COVID-19 vaccine candidate.

“I strongly recommend the authorities in Israel not focus only on the American companies that are manufacturing vaccines and not neglect the ability of Russian scientists,” Rotstein said. “I would have recommended that the foreign minister be in contact with the foreign minister of Russia in order… to not exclude the possibility that the vaccine be allocated to Israel too.

“There are a lot of accusations regarding Russian technology and science,” he added.  “But if you remember, the fact that they called it Sputnik V is to say to the world, ‘Remember who was first in space.’ Russia could be very advanced.”

He was referring to the Russian satellite Sputnik, the first to be launched into orbit in 1957, beating the United States in the early phases of the space race.

In another interview with Israel’s Radio 103FM, Rotstein suggested that the vaccine was also being administered to a small number of patients at Hadassah via a compassionate use program, though it was unclear how that compassionate use would apply to a vaccine.

“We expect to hear more information from the mayor of Moscow in a very short period of time,” Rotstein said. “We are in direct contact with our people in Moscow and we are getting information as it is available.”

Israel’s Health Minister Yuli Edelstein, himself a Russian emigrant, was a little more cautious.  He told a press conference on Tuesday that Israel was interested in holding discussions with Russia about its vaccine but only “if we are convinced that it is a serious product then we will try to enter into negotiations

“We are following vigilantly every report, no matter what country,” Edelstein said. “We have already discussed the reports from the research center in Russia about the vaccine development.

The naming of Russia’s Sputnik 5 vaccine is yet another reflection of the way in which countries are racing helter-skelter to develop and procure potential vaccines on behalf of their own nations – first and foremost – with far less thought about the need for global solidarity of the kind that WHO has said it critical to beating the pandemic.

While Russia pursues Sputnik 5, the United States is heavily invested in the COVID-19 vaccine candidate of the Boston-based Moderna, which entered Phase 3 clinical trials in late July after publishing early phase trial results and receiving a large dose of financial support from BARDA, a branch of the US Department of Health and Human Services (HHS).

On Tuesday, HHS ordered 100 million doses of Moderna’s investigational COVID-19 vaccine to be manufactured even as a massive 30,000 person Phase 3 trials was only getting underway. The doses will only be made available if the vaccine is proven to be safe and effective in the Phase 3 trial.

The procurement contracts have been awarded to Moderna as part of Operation Warp Speed, a US government initiative to deliver 300 million doses of a safe effective vaccine to citizens by January 2021. The US Congress has allocated more than US $10 billion for the initiative.

On Wednesay, Anthony Farci, director for the National Institute of Allergies and Infectious Diseases (NIAID) which has also invested heavily in the Moderna candidate, expressed “serious doubts” that the Russian vaccine had already been proven to be safe and effective.

And like the race to space several decades ago, whether or not Sputnik V may already be in orbit, it remains to be seen which vaccine candidate – American, Russian, British – will be the first to land on the moon.