US President Donald Trump announced on Friday he was terminating the US’ relationship with the World Health Organization.

Trump’s declaration came hours after WHO’s celebratory launch of a new ‘Solidarity Call to Action ,’ urging countries to make patents and data for COVID-19 treatments and vaccines freely available as ‘global public goods.’ Some 37 countries have supported the call.

“Because they have failed to make the greatly needed and requested reforms, we will be today terminating our relationship with the WHO and redirecting those funds to other worldwide and deserving urgent global public health needs,” said Trump in a Friday press briefing.

The decision also followed WHO’s release of a “Healthy COVID-19 Recovery Manifesto” on Tuesday, which called on governments to stop subsidizing fossil fuel production, a move that directly counters the US administration’s industry-friendly approach.

Trump’s announcement came at the end of a lengthy tirade against China’s trade and economic policies, geopolitical ambitions, and it’s management of the COVID-19 virus, which ended with the claim that “China has total control over the World Health Organization.”

Trump then went on to say, “We have detailed the reforms they needed to make but they [WHO] have refused to act.” WHO has refuted these claims by laying out the timeline of investigations. Trump also announced he was ending the US’ special trade relationship with Hong Kong over China’s handling of the pandemic.

The President’s move was criticized by European Union leaders and condemned by many health experts in the US and abroad, who say that withdrawal is counterproductive to US objectives.

The European Union said on Saturday that it would continue to back the World Health Organization after President Trump announced on Friday that he was pulling the United States’ support, and the bloc urged him to reconsider his decision.

“The W.H.O. needs to continue being able to lead the international response to pandemics, current and future,” said Ursula von der Leyen, president of the European Commission (EC) along with EC vice president, Josep Borrell, in a joint statement. “Actions that weaken international results must be avoided,” they added. “We urge the U.S. to reconsider its announced decision.”

Jens Spahn, health minister of Germany, said on Twitter that the U.S. decision was “disappointing” – adding reform of shortcomings was a better path forward.

“We’re less likely to get answers on anything, or viral samples for research, if we’re not a WHO Member. He’s planning on ‘redirecting funding’-where? For what? Polio? AIDS? Malaria? TB?” tweeted Chelsea Clinton, daughter of former US president Bill Clinton, and a professor in Health Policy at Columbia University Mailman School of Public Health.

Some have questioned if it’s even legally possible for the US President to withdraw from international treaties affirming the country’s membership in the WHO, others noting that US law requires the country to pay any outstanding dues to the agency before withdrawing.

The Trump announcement from Washington DC came on the tail end of the celebratory launch of the World Health Organization’s COVID-19 Technology Access Pool (C-TAP), an initiative to make vaccines, tests, treatments and other health technologies needed to fight COVID-19 accessible around the world, that received immediate support from some 37 countries.

“Global solidarity and collaboration are essential to overcoming COVID-19,” said WHO Director-General Dr Tedros Adhanom Ghebreyesus. “Based on strong science and open collaboration, this information-sharing platform will help provide equitable access to life-saving technologies around the world.”

“Vaccines, tests, diagnostics, treatments and other key tools in the coronavirus response must be made universally available as global public goods,” said Alvarado. “The COVID-19 Technology Access Pool will ensure the latest and best science benefits all of humanity.”

Heads of States and Ministers of Health from Indonesia, Ecuador, Palau, Barbadoes, the Maldives, and others, also sent video messages. The Netherlands, Chile, Brazil, Belgium, South Africa, Indonesia and Mexico were among other major countries affirming their support.

But the United States, which has poured billions into COVID-19 vaccine research, was silent about the new WHO initiative. Also absent were the United Kingdom, Switzerland, and other key European Union countries that house many of the world’s pharmaceutical gian, such as France, Germany, and Italy. Leaders of the latter three countries, however, have recently called for any COVID-19 vaccine to be treated as “a global public good.”

China and India have likewise yet to pledge their support. Leaders in the pharma industry, which hold the reins on much of the research and development information key to developing tools for COVID-19, have also been dismissive. 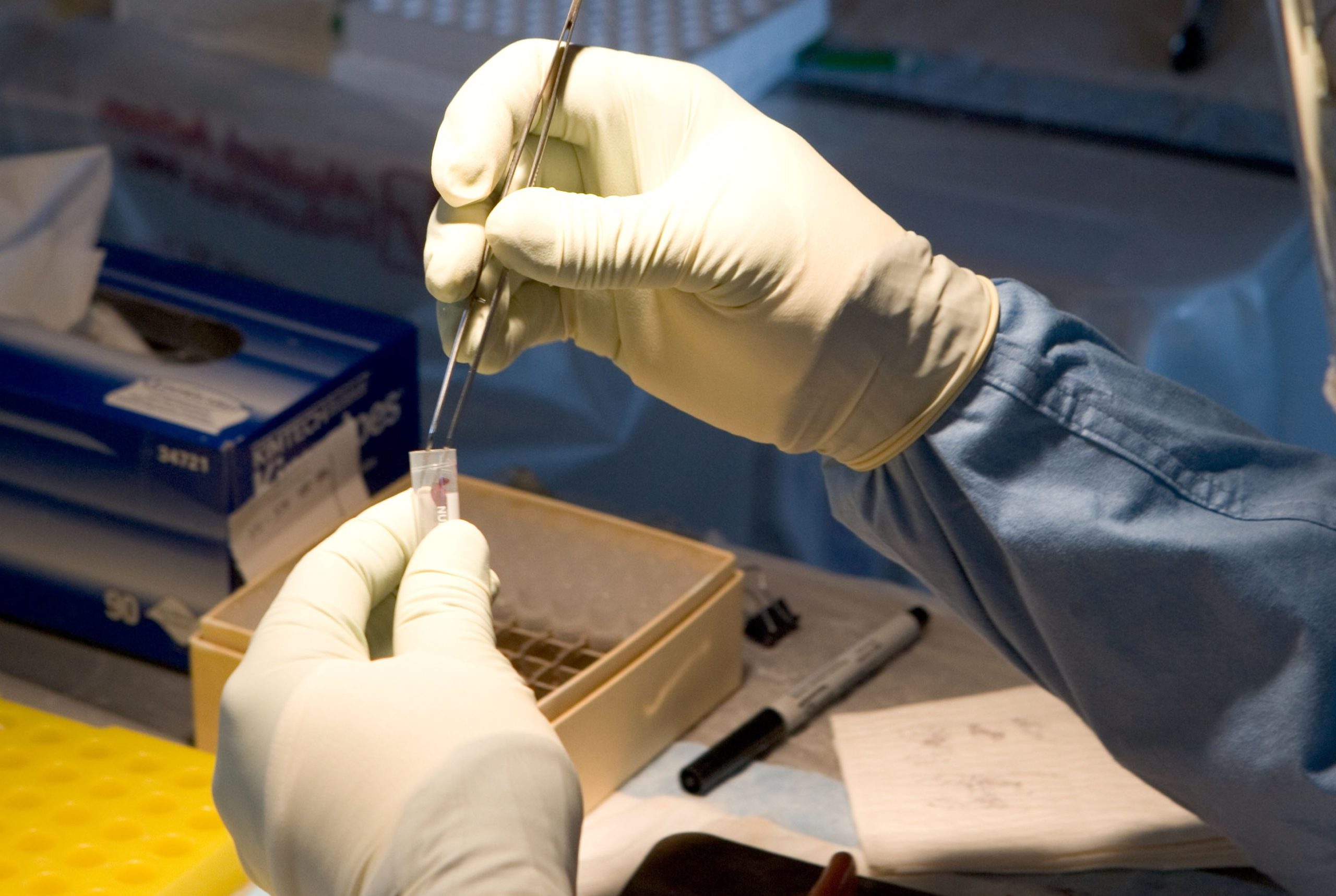 In the “Solidarity Call to Action” WHO and co-sponsoring countries also asked donors, researchers, industry, and civil society to also join and support the initiative.

“The call is far broader than in scope than patents, calling for sharing essentially everything that is necessary for additional companies to also produce those products that are found to be effective against COVID-19,” said a spokesperson from Unitaid, founder of the Medicines’ Patent Pool and one of WHO’s major partners in the initiative.

“In this way, it will be easier to meet the global demand, which is expected to be huge and beyond the manufacturing/supply capacity of any single company,” the spokesperson told Health Policy Watch.

An exciting point is the fact that it promotes an ‘open-science’ approach where information and data can be shared before any successful treatments or vaccines have been found, said Gregg Alton, former chief patent officer at Gilead Sciences.

“I think this is an opportunity to see if this pooling of knowledge, sharing of intellectual property, breaking down these barriers can expedite development and allow these [faster] breakthroughs to come through,” he added.

“The most important ingredient is other knowledge. And when speed is as important as it is in this pandemic, you want that knowledge to be shared very quickly,” said Joseph Stiglitz, an economics expert and Nobel Prize winner at Columbia University.

There are five key elements to C-TAP:

C-TAP will serve as a sister initiative to the Access to COVID-19 Tools (ACT) Accelerator, announced by the European Commission and the WHO in late April, which has raised over  €7.4 billion for drug and vaccine development and distribution.

Small island states are especially vulnerable to getting left behind in the race to procure any effective COVID-19 drugs, diagnostics, or vaccines, said Barbados Prime Minister Mia Amor Mottley, explaining.

“Access to new data and health products to treat and prevent COVID-19 must not create winners and losers, and small states, who are often the casualties of market conditions, cannot be dispensable in the wake of this disease,” said Mottley. “We cannot command large types of orders, in order to be able to guarantee access, because of our lack of size.”

“We therefore encourage all flexibilities in the licensing of these products to quickly scale up global production. And we ask for full cooperation with this technology access partnership, so that the global community can exit this crisis together on fair and equitable terms,” Mottley concluded.

“I’m convinced that the only way to succeed, is to collaborate and share knowledge and technologies to have the necessary
tools, as soon as possible,” said Jacobsen.

Despite support from some major countries in both north and south, the response from the pharmaceutical industry has been dismissive. A major industry critique is the use of language promoting global licensing, e.g. waivers of intellectual property rights, in the Call to Action to support C-TAP.

“While we share a number of the objectives of access and cooperation of the “Solidarity Call to Action,” we disagree with some of its premises, as they imply that intellectual property (IP) rights that are not waived or licensed globally are potential barriers to R&D, public-private collaborations or access to COVID-19 products,” said the International Federation of Pharmaceutical Manufacturers and Associations (IFPMA) in a statement released Thursday. “This does not correspond to our experience, and may be counterproductive.”

“There’s not enormous evidence that IP is a barrier to access,” said GlaxoSmithKline CEO Emma Walmsley, in an IFPMA webinar the day before. Pharma company Pfizer CEO Albert Bourla even called the removal of intellectual properties “dangerous” and “nonsense,” in comments at the same webinar. However, Walmsley and other pharma execs in the same call said that any vaccines they develop would be sold on a not-for-profit basis while the pandemic continues.

But C-TAP collaborators and one former pharma executive, now leading the UN-hosted Unitaid, expressed hope that the industry tone would change.

“Intellectual property rights are not the problem here, it is the way in which they are used. We expect the pharmaceutical industry to turn IP issues into solutions,” Unitaid acting Executive Director Philippe Duneton told Health Policy Watch.

“In terms of fair and equal access, I do think it would be fantastic to see the industry come forward and commit to working with the Medicines Patent Pool or other mechanisms to make the intellectual property that comes out…. available to generic manufacturers and to make [vaccines, drugs, and other technologies] available on equitable terms globally,” said Alton, who is the former chief patient officer at Gilead Sciences.

“I’m a big supporter of intellectual property and the role that the industry’s played in bringing medicine forward. I do think to make this happen, we have to expect and respect that companies will have different concerns that they’re going to need addressed, whether it’s around tuning to different [country income levels]… or protection around their commercial interest or indications for use,” Alton added.