The World Health Organization (WHO) aims to reduce new hepatitis B and C infections by 90% and deaths by 65% by 2030 but to achieve this goal, the global health body needs countries to scale up hepatitis services including prevention, testing, and treatment.

On World Hepatitis Day on Wednesday, WHO Director-General, Dr Tedros Adhanom Ghebreyesus, speaking at a virtual event under the theme “Hepatitis can’t wait”, said many countries still don’t have access to these lifesaving tools and urged everyone to “get to work”.

Over 354 million people worldwide are living with chronic hepatitis; over 8000 new infections of hepatitis B and C occur every day, and more than one million deaths from advanced liver disease and liver cancer occur every year.

Despite the setback of the COVID-19 pandemic and the varying responses to the hepatitis responses, the director-general noted some success stories including the large-scale expansion of hepatitis C treatment, and the reduction of hepatitis B infections in children as well as expanded coverage of infant vaccination.

“This means that we’re making progress in reducing the risk of liver cancer and cirrhosis, in future generations,” said Dr Tedros. 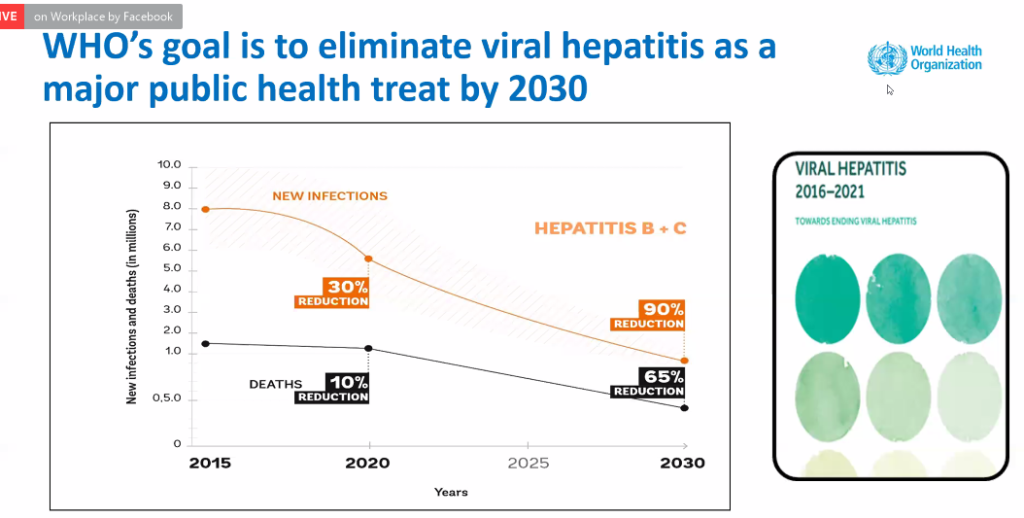 Last week WHO released the first guidelines on hepatitis C virus self-testing – an innovation that will help normalize testing and allow people to do it in the privacy of their own homes. Last month it launched the first-everglobal guidance for countries seeking to validate elimination of hepatitis B virus (HBV) and/or hepatitis C virus (HCV) infection as a public health problem.

While a few countries, including Egypt, Mongolia, and Rwanda have made strides in eliminating hepatitis, many are lagging due to, among others, lack of funding, high prices, and lack of education about hepatitis.

Referring to viral hepatitis as the “silent pandemic”, Pan American Health Organization (PAHO) Director Carissa Etienne said the region of the Americans has strengthened its political commitment by including viral hepatitis in the PAHO elimination initiative.

Regional plans to eliminate viral hepatitis include partnerships that will for the first time include viral hepatitis in the Caribbean framework on HIV and AIDS. Other services include all 52 countries in the Americas introducing a vaccine against Hepatitis B to all infants during the first year of life. 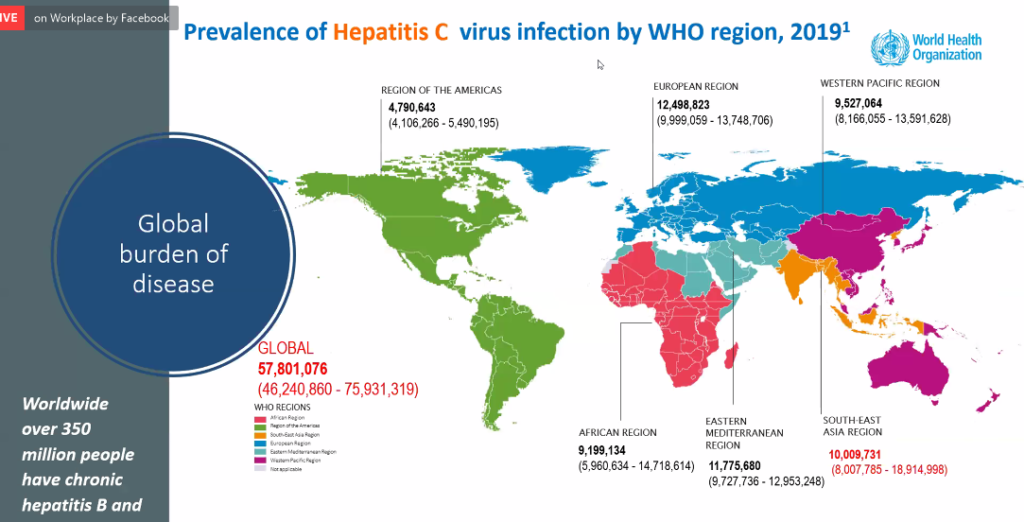 Etienne however noted some of the limitations to hepatitis services include limited allocation of domestic resources to finance national responses, high prices of medicines and laboratory tests, and limitations to access to generic HCV medicines.

“Despite the policy uptake and the revolution in hepatitis therapeutics, we have not observed a consistent scale-up of testing and treatment of hepatitis B and C, particularly in Latin America and the Caribbean,” she said, adding that countries like Argentina, Brazil, Colombia, and Mexico have been able to implement a sustainable national response to viral hepatitis and to accelerate access to the diagnosis and treatment, particularly for hepatitis C.

“People living with hepatitis cannot wait and we owe it to them to deliver and…to leave no one behind.”

To address this socio-economic and health issue, the government of Mongolia in 2017 launched a public health program called the healthy liver program offering universal screening, diagnosis, and treatment of viral hepatitis, as well as liver cancer caused by viral hepatitis.

“As a result of this successful program to eliminate HCB and control HPV, about 65% of the target population have been screened, ” said Mongolia’s Health Minister Dr Enkhbold Sereejav.

Destigmatize hepatitis and support those living with the infection

While hepatitis treatment services are crucial, the stigma of living with the infection has in some instances made prevention, screening, and treatment difficult.

But that was not the case for Dr Sue Wong, president of the World Hepatitis Alliance, who found out she had hepatitis B after donating blood in college.

“I did not face the stigma and discrimination which have kept so many people from pursuing or even interrupted their careers in healthcare. I also did not face the rejection and abandonment that many experience from family members or significant others because of their diagnosis,” said an emotional Wong.

Detailing her journey with hepatitis B, Wong said her husband was able to get vaccinated and was protected. Her four children are also free of infection as they all received the hepatitis B birth dose within 12 hours of birth.

“I am so relieved that our four children are free of the infection, and we’ll have a hepatitis free future, but millions of mothers cannot say the same,” said Wong, adding that only 43% of infants worldwide get the hepatitis B birth dose, with mothers facing the burden of having passed the infection to their children because they cannot access testing, vaccines or treatment.

Wong called on greater access to vaccines to help save lives.

“It is, after all, our lives, our families, and the future of our children…”