Countries must be prepared to detect and control resurgences, warned the World Health Organization on Monday, as Beijing, China faced its first local cluster of COVID-19 cases in almost two months, and reopened states across the United States saw sharp rises in new cases.

“Even in countries that have demonstrated the ability to suppress transmission, they must stay alert to the possibility of resurgence,” said WHO Director-General Dr Tedros Adhanom Ghebreyesus.

Over 100 cases have been detected in China’s capital city of Beijing since Friday 12 June, after a 50-day streak of recording no new cases, according to Dr. Tedros. He added that the origins of the outbreak are still being investigated, although Chinese authorities have linked over 79 infections to Xinfadi fresh fruit market in the southwestern part of the city.

New cases linked to the fruit market outbreak have already been detected in the wider province of Hebei and neighboring province of Liaoning. Vice Premier Sun Chunlan said on Sunday that the risk of spread remains “very high,” according to Xinhua News Agency.

The district in Beijing announced ‘wartime measures’ over the weekend – reflecting strict lockdown measures that were taken to contain the spread of the virus in the first three months of the year. The market was shut down on Saturday, and 11 residential compounds close to the market were locked down. Residents will have their daily necessities delivered, and their temperatures will be monitored on a daily basis.

Meanwhile, several states in the US that lifted stay-at-home measures in May saw a steadily rising trend in new cases the past week.

Some 21 states  saw a sharp uptick in cases recently, according to the Washington Post. In Arizona for example, the daily new case count has hovered at 1500 new cases per day for the past week, significantly higher than the 500 new cases per day rate in April, while a shelter-at-home order was in place. The states are similarly seeing rises in hospitalizations.

📍Followup: LOTS OF INCREASING STATES: I’ve graphed the top US states experiencing rising cases in recent weeks. (Per capita is best comparison. If your state not listed, it either doesn’t have appreciable increase or its per capita cases is low). And the deaths for these states. https://t.co/8kPF1y4Nte pic.twitter.com/ebFJAwL9De

New York State and Texas additionally warned eager citizens that lockdown measures could be reinstated if people continue to flout social distancing rules and mandatory masking policies even in the first phases of lockdowns lifting. New York City, the biggest epicentre of the US epidemic, entered phase 1 of reopening in the first week of June.

Most health experts agree that the sharp uptick in cases seen in recent weeks are a result of states reopening, however there are some concerns that cases will also rise in wake of the massive protests against racism and police brutality that have gripped the nation.

On Friday, some 1,288 doctors, nurses, and epidemiologists submitted an open letter supporting the protests as “vital to the national public health and to the threatened health specifically of Black people in the United States.” 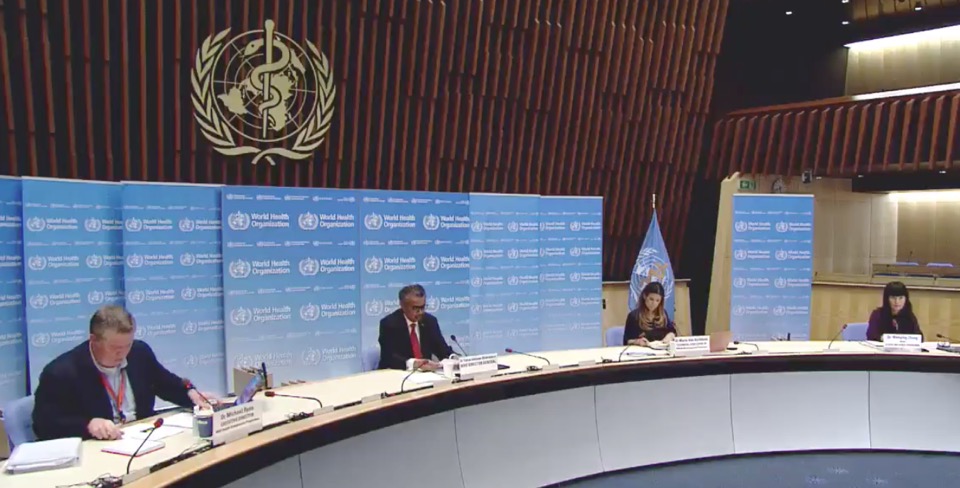 Influenza surveillance has declined or suspended in several countries since another respiratory disease, COVID-19, gripped the planet, according to Dr Tedros.

“Influenza affects every country every year, and takes its own deadly toll. Circulation of COVID-19 and influenza can worsen the impact on health care systems that are already overwhelmed,” said Dr. Tedros on Monday.

“There has been a sharp decline in sharing of influenza information and viruses, because of COVID-19. Compare with the last three years, we have seen a dramatic decrease in the number of specimens tested for influenza globally,” he added.

Monitoring these samples is essential to help determine which strains of  flu are most likely to be circulating every year, and develop appropriate seasonal flu vaccines. Additionally, the surveillance system helps detect potential hyper-deadly pandemic flu strains.

“It’s quite understandable that as countries have fought COVID-19, a lot of the resources that are within the flu network have been… entirely appropriately pushed into COVID surveillance. We now need to find that balance to ensure that we’re also able to track influenza properly during that same period,” said WHO Health Emergencies Executive Director Mike Ryan.

“The [threat of] influenza is always there; seasonal influenza and also influenza of pandemic potential,” said Wenqing Zhang, director of WHO’s Global Influenza programme. “So when we are entering into the southern hemisphere influenza season, it is a time to prepare for Northern Hemisphere season [as well].”