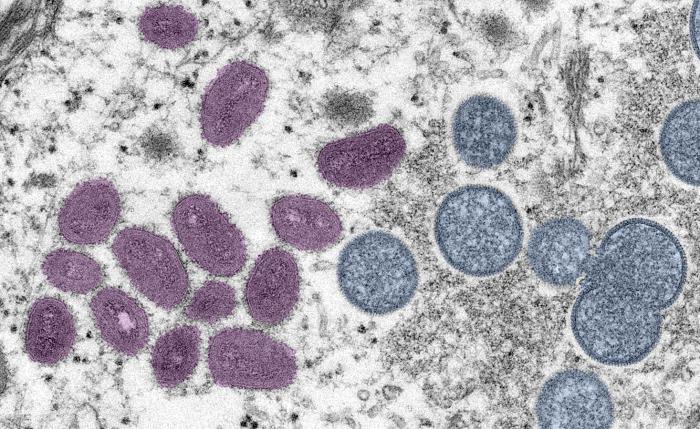 The World Health Organization’s top official in Europe says the monkeypox outbreak appears to be slowing in the region, and could be eliminated through universal effort.

“There are encouraging early signs, as evidenced in France, Germany, Portugal, Spain, the U.K., and other countries, that the outbreak may be slowing,” WHO’s Regional Director for Europe Dr Hans Kluge told an online press briefing.

“To move towards elimination in our region,” he said, “we need to urgently step up our efforts.”

Kluge reported more than 22,000 confirmed cases of monkeypox across 43 countries and areas, representing more than a third of the global tally.

His office is advising all governments and policymakers to join in efforts at controlling and eliminating monkeypox.

“All countries — whether they currently have cases or not — need to implement a set of combined interventions towards this end,” Kluge said.

“Yet we believe we can eliminate sustained human-to-human transmission of monkeypox in the region if we commit to doing so and put the needed resources towards that end,” he said.

The global number of weekly new cases of monkeypox reported to WHO declined by 21% last week — the first such decline since the infection endemic to central and west Africa began to appear around the world earlier this year.

Cases continued rising sharply in the Americas, however, in contrast to recent declines in European hotspots.

But there has been a global shortage of monkeypox vaccines.

The rollout of MVA-BN vaccine, made by Danish company Bavarian Nordic, has been hampered by limited supplies.

In response, WHO is examining proposals to split scarce monkeypox vaccines doses to stretch supplies. The United States adopted that strategy earlier this month.

The slowdown in monkeypox outbreak may be due to better detection and earlier isolation among some communities, said WHO Europe’s incident manager, Dr Catherine Smallwood.

“We do have some pretty good anecdotal evidence that people — particularly men who have sex with men, who are in particular risk groups — are much more informed about the disease,” Smallwood said.

“Which really leads us to believe that a major change, at least for the moment, is contributing very significantly to them,” she said. “We need to build on that … and we firmly believe that if we continue to do that, we will be able to sustain this decline.”

In Europe there are “early signs” that “this is going in the right direction, but it’s not enough,” Kluge said of the monkeypox outbreak.

Kluge pointed to the example of Portugal, where the government’s community outreach and partnership efforts raised awareness, prompting people “to take precautions and modify their behavior, resulting in better health outcomes and helping curb the outbreak.”

Monkeypox, which was long isolated in a few countries in Africa, broke out in Europe in early May but WHO waited until 10 weeks later to declare a public health emergency.

Much like with AIDS, initially the most affected group has been gay and bisexual men. The cause of the early neglect towards monkeypox is rooted in homophobia, says Michael Weinstein, president of AIDS Healthcare Foundation (AHF), the largest global nonprofit AIDS organization.

Kluge said the current outbreak in Europe emerged among men who have sex with men, often through sex with anonymous or multiple partners, and “that’s where the outbreak remains centered.”

“And that’s where we must concentrate our prevention and response efforts — with the active collaboration and participation of the community itself, fostering an environment free of stigma and discrimination against this long-marginalized population,” he said.