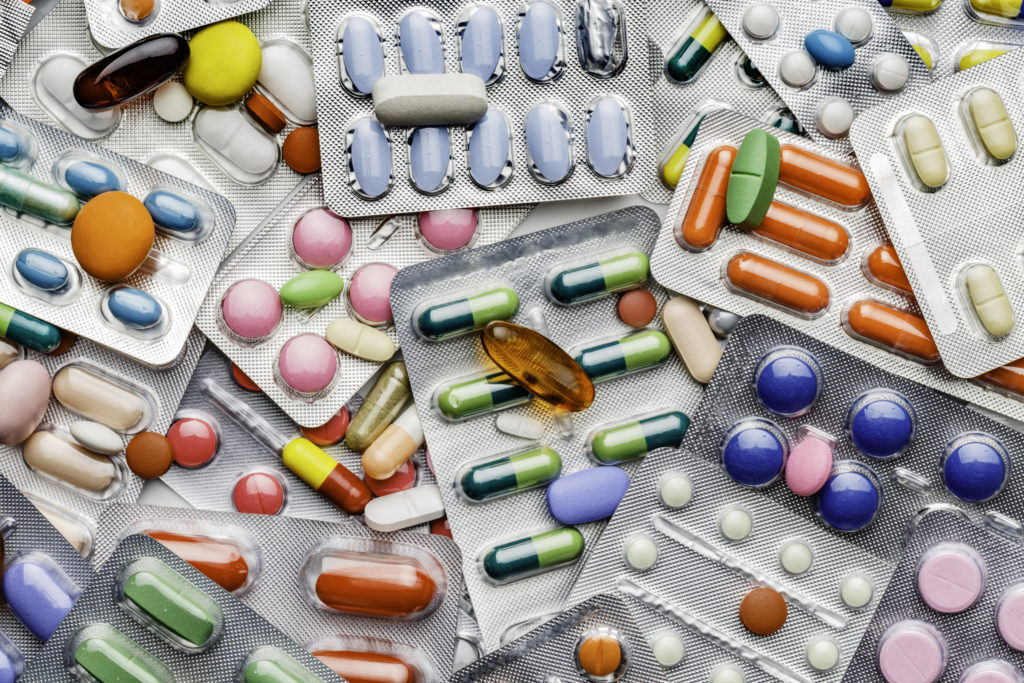 Biotherapeutic products represent a new therapeutic revolution in disease treatment and are by far the fastest-growing segment of the pharmaceutical industry – yet the recent biosimilar guidelines issued by the World Health Organization (WHO) are myopic, inconsistent or vague about some well-established scientific issues

Biotherapeutic products in the form of targeted therapies have transformed the landscape of how diseases will be cured and alleviated in future. Biotherapeutic products are large, complex molecules that are manufactured through biotechnology in living systems such as microorganisms, plant or animal cells, which results in an inherent variability amongst them. This differentiates them from conventional small molecules which are synthesized chemically and have the same active ingredients.

Monoclonal antibodies (mABs) constitute one of the most transformative treatment regimens and have an increased dominance in the biotherapeutic landscape. In 2021 among the top 10 selling medicine brands, four were mABs.

However, it is alarming that looking from an access perspective, 80% of the market for these mABs is concentrated in just three geographical areas, the USA, Canada and Europe.

The arrival of biosimilars (non-originator’s products, like generics in the case of small molecules) has significantly driven cost savings, improved patient access and significant budget impact on health systems. But even after the entry of biosimilars, the competition in the biotherapeutics space is limited because of the heavy costs associated with setting up a manufacturing facility, the presence of patent thickets and regulatory barriers.

While recent developments in modular facilities have drastically reduced the cost of establishing facilities, patent thickets and regulatory requirements still constitute a major impediment to the successful entry of biosimilar products.

The recently issued WHO Guidelines on Evaluation of Biosimilars, which replace guidelines issued in 2010, focus on removing some of the regulatory barriers affecting the cost of production of biosimilars, such as the waiver for comparative efficacy trials.

Despite the WHO’s revisions, the biosimilar guidelines remain myopic, inconsistent or vague about certain other well-established scientific issues. These, if not addressed, will continue to impede access to biosimilars, particularly among low and middle-income countries.

Four key concerns are as follows:

The guidelines suggest that the chosen reference product – the originator’s product – must be marketed for a “suitable period of time with proven quality, safety and efficacy”. This requirement provides a de-facto monopoly to the manufacturer of a reference product.

This also means that a biosimilar manufacturer will have to wait for a suitable period of time, to develop a biosimilar version of a newly introduced biotherapeutic in the absence of patent protection or under a compulsory license.

Through the use of these terms WHO is indirectly trying to import market exclusivity which goes beyond the data exclusivity requirements currently existing in EU and US. The absence of a definition of a suitable period of time provides a lot of latitude to national governments to decide what would constitute a suitable time period, which is not only illogical but highly improper.

By adopting this new definition, the elbow room provided by the removal of comparative efficacy trials has been partially neutralized. There was no requirement of a suitable time period in the previous WHO Guidelines or the new UK Biosimilar Guidelines.

The guidelines mandate the use of PD markers in pharmacokinetic (PK) and pharmacodynamic (PD) studies – but maintain a stoic silence on alternatives in the absence of PD biomarkers.

A PD biomarker is “a defined characteristic that is measured as an indicator of normal biological processes, pathogenic processes or responses to an exposure or intervention”.

The objective of PK and PD studies in biosimilar development is to evaluate the similarities and differences between the proposed biosimilar and the reference product.

PK, and PD studies help to establish the similarity of the biosimilar product with the reference product.

However, in some cases, PD biomarkers are not available and identification of such PD biomarkers is a lengthy and resource-intensive process. In the absence of PD biomarkers, robust structural and functional characterization and clinical PK studies should be sufficient to establish meaningful differences between the two products.

Rather than insisting on the use of PD biomarkers, WHO should follow a progressive approach and focus on the totality of evidence for meaningful assessment of biosimilarity.

In the case of biotherapeutics, there is some resistance to interchangeability – the shifting from an originator’s product to a non-originator’s product – for safety reasons. But after 15 years of approval of various biosimilars and a flawless record of safety and efficacy, this is not a valid concern

Taking note of the robust evidence available in favour of biosimilar safety, the European Medicine Agency (EMA) and the Heads of Medicines Agencies (HMA), on 19 September signed off on a policy of “interchangeability” of biosimilars.

That means a biosimilar medicine approved in the EU can now be interchanged with its reference medicine or with an equivalent biosimilar approved in the EU. This will flatten the path for switching patients from the expensive originator’s biotherapeutics to biosimilars and will improve access and financial sustainability. For example, in the case of Roche’s Trastuzumab, interchangeability allows either a doctor or pharmacist to switch from the originator’s product to a biosimilar – such as those produced by Mylan/Biocon, Actavis, Apotex or Samsung Biosepis – or even amongst biosimilars themselves.

The guidelines not only exclude interchangeability but also create a barrier by insisting that “the biosimilar should be clearly identifiable by a unique trade name together with the INN”. The insistence on marketing the biosimilar with a trade name (brand name in the trademark context) is an added wrinkle for the competition in the market as it creates product differentiation based on trade names. Prescription using trade names forces biosimilar manufacturers to invest in promotion and branding.

This would leave the patients worse off as the high costs incurred on branding and promotion activities will result in higher prices thus further diminishing the availability of affordable biosimilars. Allowing the NRAs unrestricted autonomy in the context of prescribing information would intensify uncompetitive behaviour and ultimately lead to the unaffordability of biosimilar products.

From a public health perspective, marketing medicines using the INN (International Non-proprietary Name) is considered a pragmatic way of generating competition as such a move would prevent doctors from prescribing the medicines by trade name.

There is a growing consensus for waiving in-vivo animal studies, which stems from the recent advice by many regulatory bodies including EMA and UK that it is unnecessary to test new biological therapies in animals. However, WHO’s usage of language such as “animal studies may represent a rare scenario” in the guidelines maintains a status quo rather than providing clear guidance on the removal of animal studies. This creates uncertainty and often National Regulatory Agencies, especially in developing countries that are looking for clear guidance from WHO, and tend not to use their discretion in favour of speedy approval of biosimilars.

Furthermore, the tone and tenor of the guidelines is not constructive in some places and do not clearly give articulate and cogent directions for implementation at the National Regulatory Agencies level. Instead of giving clear guidance, it often uses ambiguous language and conveys the idea of a case-to-case basis approach.

One of the most notable changes brought about by the WHO Guidelines has been the removal of the requirement for “comparative efficacy trials” to obtain marketing approval for biosimilars from regulatory agencies.

A recent study estimates the developmental cost of biosimilar manufacture in the US to be between $100-300 million and takes on an average six to nine years from analytical characterization to approval, and the clinical trials accounted for more than half of the budget. Such monumental developmental costs prevented biosimilar manufacturers from selling their products at an affordable price in comparison to small molecules drugs (chemical compounds manufactured through chemical synthesis) which are typically 80-85% cheaper, once the generics have entered the market. Evidence shows that biosimilar entry cuts the price of the original biologic product by only 30%.

There is no doubt that the removal of this requirement will change how biosimilars are approved globally and drastically reduce the duration for marketing approval. This will lower the costs of biosimilars which in turn will result in cost savings and access to effective treatments for patients especially those suffering from chronic diseases like cancer.

Evidence-based regulatory reforms for the biosimilar industry have tremendous potential to reduce the cost of treatment, increase access and improve people’s health.

The WHO revisions have come out clearly as part of a long process since the adoption of the World Health Assembly (WHA resolution 67.21) in 2014. However, even after deliberating for eight long years, the guidelines are conspicuous by the absence of an effort from WHO to promote accessibility.

While removing some barriers, it has created fresh barriers and thus stymied the availability of affordable biosimilars. In the current form, the guidelines thwart the repetition of the intense competition that was witnessed in the small molecule space after the entry of generic manufacturers.

Both the content and process of the guidelines raise serious concerns about WHO’s commitment to access to medicines. The most appropriate way to address these concerns is to make changes in the guidelines and not to come up with inadequate solutions like Frequently Asked Questions (FAQs) or changes in the Implementation Guidelines.

The authors are afraid that a delay in addressing these concerns effectively and appropriately would lead to a situation wherein the decision of the WHO could result in the denial of the right to health and the denial of a human-right based approach to science, thus depriving inclusive access to benefits of scientific advancement to millions of  people.

KM Gopakumar is a senior researcher and legal advisor at Third World Network (TWN) and is based in New Delhi, India. 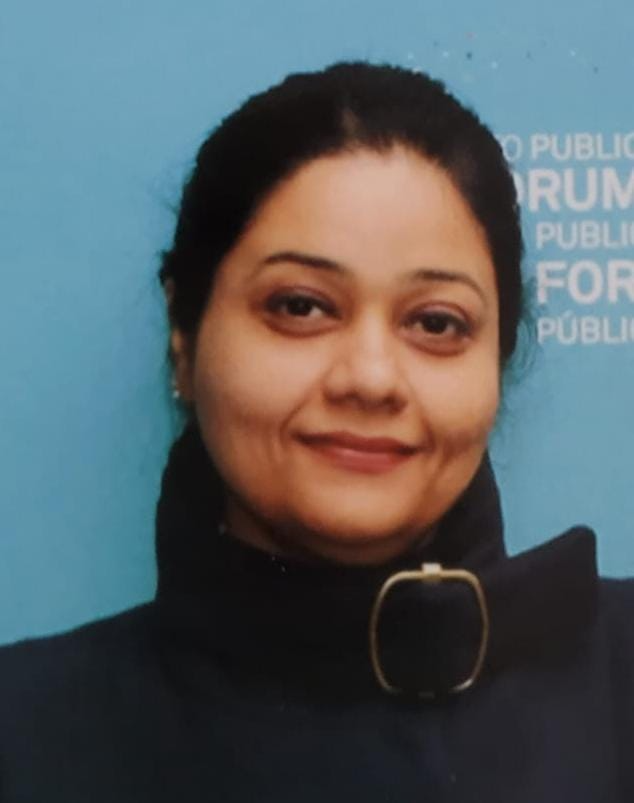 Chetali Rao is a biotechnology patent lawyer and works on pharmaceutical innovations, access to medicines and global health issues. She is based in New Delhi, India.

Related
Health Systems and Cancer Services Need to Better Care for Older Adults
Inside View
One World, One Health – Tackling the Superbug Challenge
Inside View
As NCDs Increase in Poorer Countries, Innovative Partnerships Have Become Essential
Inside View

Related
Health Systems and Cancer Services Need to Better Care for Older Adults
Inside View
One World, One Health – Tackling the Superbug Challenge
Inside View
As NCDs Increase in Poorer Countries, Innovative Partnerships Have Become Essential
Inside View