A global grassroots movement of scientists based on crowdsourcing ideas, expertise, and goodwill has already generated – and freely released – more than half of the known structural information on the main protease of SARS-CoV-2. Based on this, they are now on a quest for an open-source drug that can block the virus from replicating.

Antiviral pills to treat SARS-CoV-2 infection are finally starting to arrive. This week’s announcement of the US Food and Drug Administration’s approval of the first two oral antivirals for COVID-19, including Merck’s molnupiravir, and Pfizer’s Paxlovid™, has stirred much attention for the potential of the new treatments to significantly reduce risks of serious COVID disease through therapies available at point-of-care.

There are more in the pipeline.

The rapid spread of new variants such as Omicron underlines the importance of antiviral pills that can reduce the risk of progression to severe disease and help prevent hospitalization and death. In the context of deeply unequal global vaccine distribution and waning immunity, the need is more critical than ever. This is particularly true in places with limited intensive care capacity.

But will these long-awaited antivirals be easily accessible to everyone who needs them, especially in low- and middle-income countries (LMICs)?

If distribution of COVID-19 vaccines is an indicator, it does not bode well for broad access to new drugs. High-income countries have distributed more booster jabs in the last three months than low-income countries (LICs) have injected initial doses in the last year, the Financial Times noted in November. To date, only 7% of people in LICs have received at least one shot.

Without action, the gross inequity seen in vaccine distribution is on course to be repeated with therapeutics.

Despite some licensing agreements to improve access in several LMICs, there are concerns that production and supply will be limited. Furthermore, many middle-income countries are excluded from these agreements. This means they will face high prices and be pushed to the back of the queue as – once again – rich countries seek to stockpile supplies in advance.

Part of the solution could come from a ‘ragtag’ group of researchers from around the world who are working to develop a straight-to-generic COVID-19 antiviral from scratch. The goal is a new, safe, orally active, affordable, simple-to-administer drug – one that would be immediately and globally accessible, especially in limited-resource settings.

This open-science drug discovery initiative is called The COVID Moonshot.

It all started with a tweet. In March 2020, a medicinal chemist at Israel’s Weizmann Institute of Science computational and chemical biology lab tweeted a call to peers to submit designs of molecules that would be able to block the main protease of SARS-CoV-2.

As the world was entering into lockdown, hundreds of scientists and students put their own projects on pause, and spontaneously started to make designs around the initial kernels of the ideas coming from the COVID Moonshot: a rich experimental dataset of small design building blocks bound to the active site of the main protease of the SARS-CoV-2 virus.

In a matter of months, more than 50,000 crowdsourced design ideas for drugs and molecules were submitted and 1,400 of them were made and tested. ‘Open drug discovery efforts are invariably super slow – ours has been an express train on tracks we have had to lay down as we go,’ wrote the researchers. Multiple promising compounds have since been identified; the best will progress through preclinical evaluation in the coming months.

This grassroots movement based on crowdsourcing ideas, expertise, and goodwill has already generated – and freely released – more than half of the known structural information on the main protease of SARS-CoV-2.

A quick scientific note here: the protease is a viral enzyme which acts like scissors cutting up the very long polyprotein which is produced by the cell infected by the SARS-CoV-2 virus, releasing the machinery that the virus needs to multiply itself. A drug that can block these ‘scissors’ by inserting itself into a specific site of the protease could stop the virus replicating.

In September, our crowdsourced, open-science initiative received £8 million in key funding from the UK-based charitable foundation Wellcome, to prepare its most promising compounds for clinical trials. We aim to declare three pre-clinical candidates by March 2022, for which preclinical safety and toxicology testing and the required chemistry, manufacturing and control (CMC) steps will be performed by several expert contract research organizations. Based on this data, we will choose the most promising compound and develop it for Phase-1 readiness by June 2023.

The COVID Moonshot works closely with a dedicated team from the Drugs for Neglected Diseases initiative (DNDi), a not-for-profit drug development organization,  to ensure efficient decision-making during preclinical development, and identify a feasible clinical and downstream development strategy.

Drug discovery is usually conducted behind closed doors, its secrets tightly guarded. But Moonshot researchers believe that open science may lead to a better, more equitable way of combatting COVID and future pandemics. We believe that the traditional economic model of pharmaceutical development does not meet the needs of all patients in the context of pandemics and that open-science drug discovery can significantly contribute to public good.

As such, Moonshot includes the fully open sharing of results – including negative ones – with no research ‘secrets’ locked away and no restrictions on their use. Our results will eventually be published through full peer-review. In the meanwhile, the design structure and data generated thus far are freely available on the Moonshot website.

Until recently, the only treatments available for patients with early stage COVID-19 were monoclonal antibodies, which require intravenous infusion and hospitalization, and are expensive and difficult to implement in resource-limited settings. In contrast, future Moonshot antivirals should come in the form of simple pills. Ideally, they will be safe and simple enough to be easily prescribed and accessed via pharmacies. While others are also developing oral-use antivirals, the difference with Moonshot is its model, which ensures that intellectual property will not prevent affordable and global access.

There may be opportunities to combine Moonshot antivirals with other drugs

There may also be the opportunity to combine Moonshot antivirals with the other COVID antivirals or other drugs to boost their impact. As seen with other viral diseases such as HIV and hepatitis C, combining different drugs is more effective, helping to defend against new variants and prevent resistance from mutations. The more efficient combinations of antivirals against COVID, the better.

Ultimately, solutions to the COVID-19 pandemic, and future pandemics, cannot only come from scientific breakthrough, remarkable as it has been. The way in which the global community chooses to implement these are just as critical to its success. A pill is no good to a patient who can’t access it. As researchers, we believe that every person on this planet, without exception, should have access to the life-saving innovation offered by the best science, as soon as they become available.

The enthusiastic response to Moonshot from scientists from all over the world is highly encouraging.  We will continue to work hard to make this commitment a reality, in the form of a simple pill, affordable and available to all.

Dr Annette von Delft is a translational scientist at the Centre for Medicines Discovery, University of Oxford. 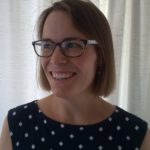 Dr Charles Mowbray, is director of discovery at the Drugs for Neglected Diseases initiative (DNDi). Dr Borna Nyaoke, is the senior clinical project manager at DNDi in charge of the ANTICOV clinical trial in Kenya. 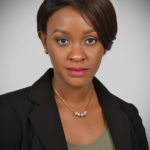 Related
Backed by Science: Here’s How We Can Eliminate COVID-19
Inside View
Still A Long Way To Go Until Everyone Is Safe From COVID – and Vaccine Numbers Don’t Tell The Whole Story
Inside View
Alcohol-related harm is a public health issue, not a lifestyle choice
Inside View

Related
Backed by Science: Here’s How We Can Eliminate COVID-19
Inside View
Still A Long Way To Go Until Everyone Is Safe From COVID – and Vaccine Numbers Don’t Tell The Whole Story
Inside View
Alcohol-related harm is a public health issue, not a lifestyle choice
Inside View