As leaders from across the globe met in Paris today to renew commitments against malaria on World Malaria Day, a Geneva-based group announced the scale-up of a project in rural Zambia that reduced severe malaria fatality by 96 percent. The innovative project administers life-saving drugs to children with malaria in rural communities, and provides immediate rapid transport via bicycle ambulance to health centres.

On World Malaria Day today, Medicines for Malaria Venture (MMV) announced that they will expand their innovative project in collaboration with Transaid to further reduce fatality due to severe malaria through rapid community-based treatment in rural Zambia, according to a press release.

Also for World Malaria Day, leaders from across the globe met in Paris today for a high-level conference organised by Roll Back Malaria (RBM) Partnership “to renew commitments and announce new initiatives to accelerate the global movement to end malaria in our lifetime,” according to an RBM Partnership news release.

Among the speakers at the conference were Dr Abdourahmane Diallo, CEO of RBM Partnership; Peter Sands, executive director of The Global Fund to Fight AIDS, Tuberculosis and Malaria; and Anne Hidalgo, mayor of the city of Paris.

This year’s World Malaria Day is particularly significant because it “comes ahead of the Sixth Replenishment Conference of the Global Fund to Fight AIDS, Tuberculosis and Malaria which takes place in Lyon on 10th October,” at which the Global Fund “seeks to raise at least US$14 billion to step up the fight against AIDS, Tuberculosis and Malaria,” the RBM Partnership release said.

“2019 presents a crucial opportunity for celebrating and continuing to commit to ending malaria,” David Reddy, CEO of MMV, said at a World Malaria Day event yesterday in Geneva organised by the Swiss Malaria Group. “We are working closely with the Global Fund to support its funding efforts in countries by developing innovative tools to broaden impact and helping make these tools available to the people in need.”

“Most importantly,” he said, “access and uptake of innovative medicines has still to be considerably scaled up, including in remote communities: innovative partnerships for access is now part of our vision and an important component of our business model.”

The MMV project, MAMaZ against Malaria, effectively reduced severe malaria fatality by 96 percent, from 8 percent to only .25 percent of cases resulting in death, according to the MMV release.

The pilot project reached a population of 54,000, and the expanded project will now reach around 200,000 people. 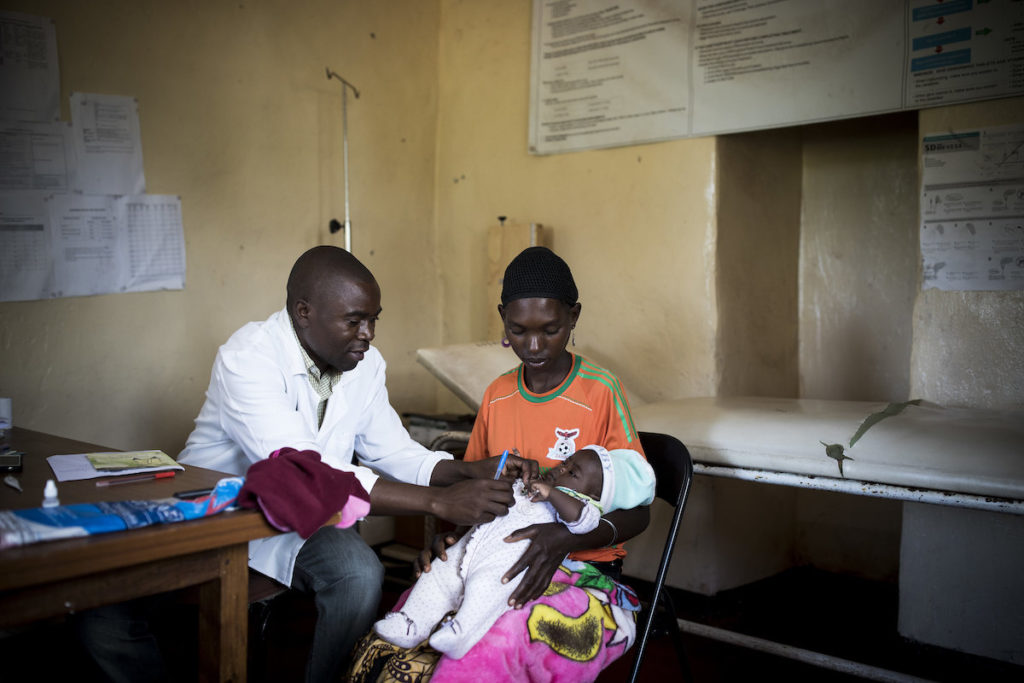 “Children under 5 years of age are one of most vulnerable groups affected by malaria. In Africa, about 285,000 children died before their fifth birthdays in 2016,” the World Health Organization website states. “Because the clinical condition of children with malaria can deteriorate rapidly,” it says, there should be a “low threshold” for treating children as soon as possible with non-oral artesunate.

“Malaria can become deadly all too quickly, especially for children under 5 living far from health facilities,” George Jagoe, head of Access & Product Management at MMV, said in the release.

“The dramatic 96% reduction in case fatality achieved by the pilot project,” he said, “demonstrates not only the undeniable benefit of using RAS and emergency transport in tandem but also the incredible life-saving impact this project could have at full scale in Zambia as well as other high-burden malaria countries.”

The new project, MAMaZ against Malaria at Scale, will be implemented by a consortium of partners including Development Data, DAI Global Health, Disacare, Transaid and MMV, and will work closely with the National Malaria Elimination Centre (NMEC) in Zambia.

MMV, “a leading product development partnership (PDP) in the field of antimalarial drug research and development,” has secured the funds for this expansion and will provide the technical malaria expertise for the new project, the release said.