CAPE TOWN – South Africa has secured enough COVID-19 vaccine doses for 41 million people from Johnson and Johnson and Pfizer, but only 6 million of these will be delivered by June because of “supply constraints”, the country’s health ministry announced on Friday.

Health Minister Zweli Mkhize told a civil society briefing that the vaccination of the country’s 1.25 million health workers should be completed by mid-May – although it has only vaccinated about 300,000 health workers so far because of shortages.

From 17 May, the country will start vaccinating people over the age of 60, workers over 40 and people working in “congregant settings” such as nursing homes. By July, it hopes to move to all people over the age of 40. After October, vaccinations will be opened to everyone and South Africa hopes to vaccinate 41 million of its almost 60 million citizens by February 2022 – the most ambitious rollout by an African country so far.

Secret Pfizer Negotiations ‘Took a While’ 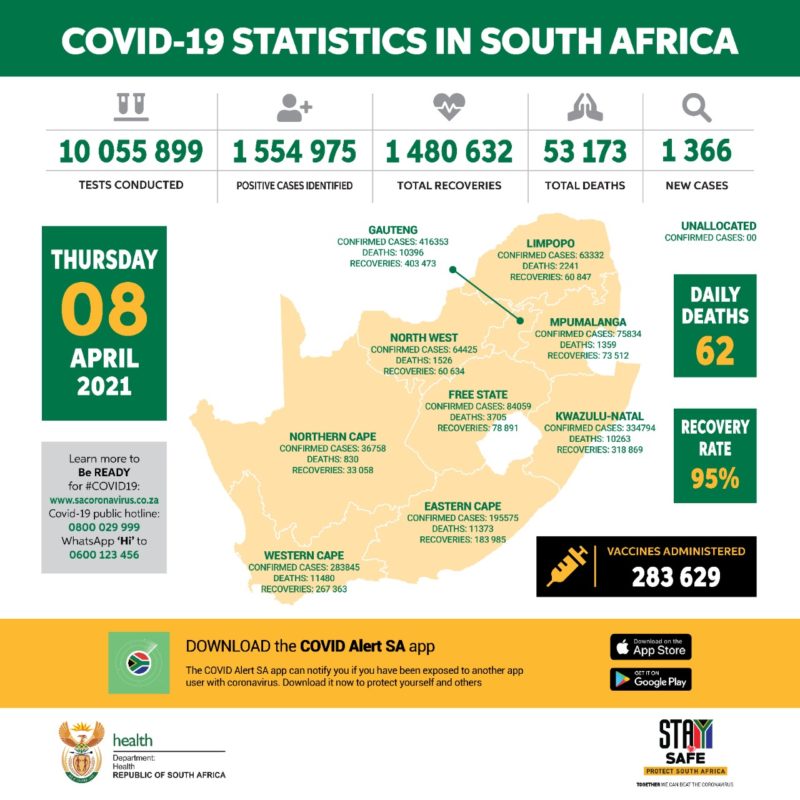 Mkhize said that the negotiations with Pfizer “took a while” and this had also prevented the country from getting the 117,000 Pfizer doses it had been allocated by the global vaccine platform, COVAX. The terms of the deal are secret, and the ministry has been unwilling to share the price it is paying or what the sticking points were in the negotiations.

However, Pfizer will start to deliver South Africa’s 20-million-dose order in tranches within 14 days after it received payment on Friday, said the Minister. These will mainly be dispensed in urban areas given that people needed two doses and they needed to be kept in very cold conditions.

Meanwhile, Johnson and Johnson (J&J) has agreed to supply the country with 31 million of its vaccine, which would be prioritised for rural and migrant populations given that they can be kept in ordinary fridges and people only need a single dose.

The J&J vaccines will be assembled in South Africa by the country’s generic producer, Aspen, which means it can be distributed fast because the regulatory safety checks would have been done at the factory, said the minister.

“Our vaccine rollout plan couldn’t be finalised until we knew the flow of the vaccines,” said Mkhize, adding that J&J had provided a schedule until the end of June while Pfizer would be “week to week deliveries”.

In an earlier interview, Mkhize said he expected one million J&J doses by the end of April and a further 900,000 each in May and June, and some 6.75 million Pfizer doses by June – but this seems to have been over-optimistic.

Health department official Dr Lesley Bamford said that the “largest number of doses are expected in the second half of the year. Supply in the first half is relatively constrained and will cover about six million people”.

This means that the country will have to vaccinate almost 130,000 people a day between June and February 2022 in order to meet its vaccination target.

To do this, the country has resolved to use a wide range of public and private vaccine sites, including health facilities, schools, churches and workplaces.

While private doctors and private health facilities will be used, they will be provided with the vaccines by the government and all vaccines will be free.

Trade unions, civil society and faith-based organisations have been invited to join the government’s vaccine oversight committee and the five sub-committees that will assist with the process. 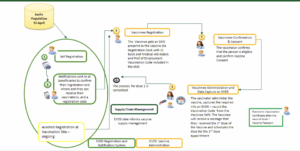 Meanwhile, Africa’s Centres for Disease Control (CDC) reported this week that 45 of Africa’s 55 countries had received COVID-19 vaccines and 43 had started vaccinations.

“The pace of vaccine rollout is, however, not uniform, with 93% of the doses given in 10 countries,” said the Africa CDC.

“Many African countries have barely moved beyond the starting line. Limited stocks and supply bottlenecks are putting COVID-19 vaccines out of reach of many people in this region,” warned Dr Matshidiso Moeti, the World Health Organization (WHO) Regional Director for Africa. “Fair access to vaccines must be a reality if we are to collectively make a dent on this pandemic.”

Vaccine rollouts in some countries were being delayed by “operational and financial hurdles or logistical difficulties such as reaching remote locations”.

“Africa is already playing COVID-19 vaccination catch-up, and the gap is widening. While we acknowledge the immense burden placed by the global demand for vaccines, inequity can only worsen scarcity,” said Dr Moeti. “More than a billion Africans remain on the margins of this historic march to overcome the pandemic.”

Through the COVAX, 16.6 million vaccine doses – mainly AstraZeneca – have been delivered to African countries.