The COVID-19 pandemic has killed 6 million people so far, but the next pandemic threat could emerge unnecessarily from pathogen resistance to life-saving antibiotics and other anti-microbial drugs. What steps do we need to take now to head off this growing threat? 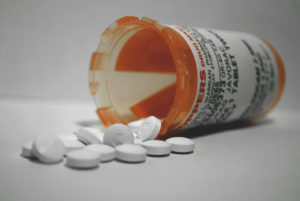 For decades, antibiotics have been hailed as “wonder drugs” for their ability to turn life-threatening infections into treatable conditions.  By one estimate, antibiotics have extended average human life expectancy by more than 20 years since their discovery almost a century ago.

But today, we are on the brink of losing this powerful tool – a warning that Alexander Fleming conveyed in his Nobel acceptance speech in 1945 for the discovery of penicillin, the world’s first broad-spectrum antibiotic: “It is not difficult to make microbes resistant to penicillin in the laboratory by exposing them to concentrations not sufficient to kill them, and the same thing has occasionally happened in the body. The time may come when penicillin can be bought by anyone in the shops”.

He challenged listeners with a hypothetical illustration: “Mr X has a sore throat. He buys some penicillin and gives himself, not enough to kill the streptococci but enough to educate them to resist penicillin. He then infects his wife. Mrs X gets pneumonia and is treated with penicillin. As the streptococci are now resistant to penicillin the treatment fails. Mrs X dies. Who is primarily responsible for Mrs X’s death? Why, Mr X whose negligent use of penicillin changed the nature of the microbe. Moral: If you use penicillin, use enough.”

Sadly, this is not an imaginary exercise. It’s a grim reality. It’s the world we’re living in today. In a biologically dictated race to survive, bacteria evolve and eventually become strong enough to defeat the world’s current arsenal of antibiotics.  People acquire infections that can’t be treated.  The result is the antimicrobial resistance (AMR) crisis the world faces today.

AMR: The stealth and silent pandemic

The most comprehensive estimate to date, recently published in The Lancet, shows that antimicrobial-resistant bacteria may have directly accounted for 1.27 million deaths in 2019. A further 4.95 million deaths were associated with AMR, making it a stealthy and silent pandemic.

How have we failed to heed Fleming’s warning about AMR?

There are many forces driving AMR. Perhaps one of the most important is the rampant over-prescription of antibiotics. According to the US Centers for Disease Control and Prevention (CDC), nearly one-third of all antibiotics prescribed in the US are unnecessary.  In India, the consumption of antibiotics more than doubled between 2000 and 2015, in part because these drugs are widely available over-the-counter without a doctor’s prescription.

But there are ways to slow the march of AMR. Beyond promoting better stewardship for the appropriate use of antibiotics, reducing the risk of AMR also requires higher awareness among both doctors and patients; better access to diagnostics to guide the prescription of the right antibiotic at the right time; better sanitation measures; responsible manufacturing; and better surveillance by governments. But along with these steps, we must restock the antibiotics R&D pipeline with novel ones that have a better chance of overcoming current resistance.

Clearly, no single player or sector can tackle AMR alone. The scale of the challenge may seem daunting, but it has certainly galvanized action. As chair of the AMR Industry Alliance, the world’s largest life-sciences coalition gathering more than 100 biotechnology, diagnostics, generic and large research-based pharmaceutical companies and associations, I witness how every life-sciences industry sector contributes to co-creating solutions that make a difference. 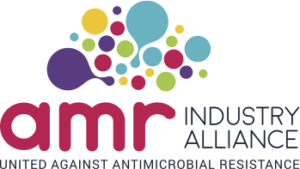 In February, the Alliance released its latest Progress Report reflecting the work the life-sciences industry is undertaking to address the threat of AMR, across four different areas: research and science, access, appropriate use, and manufacturing and the environment.  The report, based on independent, quality-assured research conducted by the not-for-profit policy research organization RAND Europe, analyses data from a survey of Alliance member companies.

It found that about four out of five responding companies are actively engaged in promoting better stewardship of antibiotics and the appropriate use of these drugs to guard against over-prescription. An even larger proportion – 85 percent of responding companies – are making significant contributions to the responsible manufacturing of antibiotics.

The report also found that the private sector remains one of the key funders of AMR-related R&D, with at least $1.8 billion invested by Alliance members. Alliance members contributed to R&D on 93 products or technologies spanning 54 antibiotics and antifungals, 12 vaccines, 13 diagnostic platforms and assays and 14 non-traditional or other products. Alliance members continue to conduct R&D on AMR priority pathogens. However, these funding levels are at risk given challenging market conditions for antibiotic development. This is where continued dialogue between industry and wider stakeholders will be needed to ensure a scalable and sustainable incentive system.

While industry is making progress in many areas, contributions from and collaboration among all stakeholders is needed. There are four key priorities where AMR Industry Alliance members see scope for action:

First, to support research and science, the AMR Industry Alliance calls for greater public-sector investment in R&D and a clinical trial infrastructure to promote better innovation in the development of new antibiotics. Continued public-private collaboration between and among universities, hospitals and pharmaceutical companies is also essential and should be expanded to include more biotech, diagnostics and generics manufacturers.

To create the market conditions needed to encourage the pipeline, particularly the later and more resource-intensive stages of clinical research, governments should implement so-called “pull” incentives. New antibiotics are typically locked away and reserved for when existing antibiotics become ineffective against antimicrobial-resistant infections. Pull incentives correct this marketplace flaw by rewarding new antibiotics according to their value to society, not merely how many prescriptions are written.  This enables companies to recover their investments, drawing even more financial and scientific resources into the battle against AMR.

Second, to make access more equitable, especially in low- and middle-income countries, all stakeholders should work together to improve the way antibiotics are ordered, purchased and supplied, including forecasting demand for key antibiotics, as well as the tendering process. This will strengthen manufacturing capacity and supply chains and broaden distribution channels to create a sustainable supply of quality-assured antibiotics.  These efforts should be supplemented by awareness campaigns that educate patients and the medical community about substandard or fake products in the marketplace.

Third, to encourage appropriate use of antibiotics and cut down on over-prescription, governments, health care providers and pharmaceutical and diagnostics companies need to work together on communications campaigns that raise awareness, reduce sales of antibiotics without prescriptions and curb the overuse of critical antibiotics by following the guidance provided by the WHO AWaRe classification.  Better surveillance of AMR through improved data collection and increased public reporting of infection rates and antibiotics use is also essential.

Fourth, to promote responsible manufacturing, stakeholders should also work together to develop and implement international standards for responsible antibiotics manufacturing. The Alliance and our members have been actively working towards this objective, and in the absence of such standards, in 2018, established the Common Antibiotic Manufacturing Framework (CAMF), a set of guidelines to assess risk and reduce antibiotic emissions across global supply chains, as well as a list of Predicted No-Effect Concentrations (PNECs) to serve as discharge targets for manufacturers. Our Progress Report shows that Alliance members are acting on this guidance even as we pursue standards.

We still have a lot of ground to cover. In the six years remaining until the centenary of the discovery of penicillin, we need a strong showing of collective action to spur and sustain responsible stewardship and innovation against AMR. By doing so, we can make sure that future generations can continue to rely on these life-saving tools.

AMR won’t race across the world at the same speed as COVID-19, but its effects will be equally devastating. After far too much silence on AMR, the alarms bells are now ringing.  We can’t afford not to respond.

Thomas B. Cueni is chair of the AMR Industry Alliance and the Director-General of the International Federation of Pharmaceutical Manufacturers and Associations (IFPMA).