In the early 2000’s, when Kenyan doctor Sally Agallo Kwenda was diagnosed with cervical cancer, it was a big shock given she was not experiencing any pain or symptoms.

A bigger shock, however, was her husband’s decision to walk out on her. He claimed that he could not live with a woman who could not give him babies.

Sally’s testimony is a sobering reminder of the devastation cervical cancer brings, even though it is almost entirely preventable and potentially curable, noted the World Health Organization’s Dr Tedros Adhanom Ghebreyesus on Monday.

She spoke along with nearly a dozen other cancer survivors from around the world at the historic launch of the WHO‘s Global Strategy to Accelerate the Elimination of Cervical Cancer.  It marked the first time ever that the world has committed to eliminating a cancerous disease – and an especially neglected one that kills a whopping 300,000 women every year.

Coinciding with the launch, countries around the world, beginning with Japan and Australia, began lighting up landmark monuments in the color teal and blue, in a worldwide display of unity to eliminate cervical cancer once and for all.

Princess Dina Mired of Jordan, along with the first ladies of South Africa and Rwanda also appeared for the launch at a high level panel, alongside WHO’s Director General as well as officials of Unitaid, GAVI, the Vaccine Alliance, The Global Fund and others.

“We have let you run wild, causing much destruction and grief to hundreds of thousands of our women and their families for far too long. And the worst part is, you managed to do all of that, not because you were super smart, but simply because we let you infect women.”

“We made it easy for you, but not after today, because today we have a plan,” she added. “A solid plan to put you back where you belong – to the annals of history.”

The WHO’s three-pronged strategy, which was adopted by the World Health Assembly in a remote vote during August, offers a clear roadmap to expand Human Papilloma Virus (HPV) vaccination coverage, as well as cervical cancer screening and treatment by 2030:

If successful, the WHO’s strategy could prevent over 40% of new cases of the disease, and 5 million related deaths by 2050, 90% of which are in low- and middle-income countries. 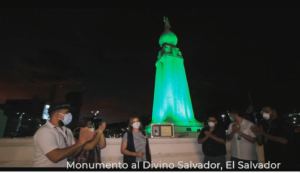 Cervical cancer, like many other diseases, exploits those with weakened immune systems, especially in sub-Saharan Africa where HIV is still rampant, added panelists on Tuesday.

In fact, 85% of women that live with both HIV and cervical cancer are in sub-Saharan Africa, according to a meta-analysis of 24 studies from Monday, which was published in The Lancet.

Shockingly, women with HIV are six times as likely to contract cervical cancer, warned Shannon Hadder from UNAIDS, referring to the Lancet report. This explains why women in eastern and southern Africa are ten times more likely to die of cervical cancer, in comparison to women in Western Europe or Australia.

She also warned that innovative technologies, such as artificial intelligence based screening tools, will not fulfill their potential unless we confront deep social inequities that impede access to preventative care and treatment.

“This situation is not acceptable, and that’s why we don’t accept it,” added Marisol Touraine, chair of Unitaid and a former  French Minister of Social Affairs. “We cannot accept inequity because we have effective tools and solid policies [to prevent and treat cervical cancer].”

Even in countries that have the tools to offer high-quality care, gender inequities, as well as misinformation, are substantial roadblocks to improved cervical cancer management. In Swaziland, for example, 63% of men and 58% of women agreed that they had to seek permission from their male partner to visit a health care center, said Hadder, referring to a recent nationwide survey.

Misinformation is another challenge that needs to be addressed quickly, she said, noting that in the same survey, 48% of respondents felt that only women with multiple partners were infected by cervical cancer.

“There’s nothing shameful about our biology, and no woman needs permission from a man to access health care.”

Eliminating cancer would have once seemed an impossible dream, but we now have cost-effective tools to make that dream a reality, said Dr. Tedros on Monday.

Investing in cervical cancer can generate substantial societal and economic returns. For every dollar invested, the WHO estimates a US$ 3.20 return to the economy – and the figure rises to US$ 26.00 when the indirect benefits on families, communities and societies are considered.

Even though 93% of all cervical cancers are preventable, it is the fourth most common cancer in women worldwide. In 2018, an estimated 570 000 women were diagnosed with cervical cancer, and about 311 000 women died from the disease.