A new Lancet Commission reports shows for the first time that the main killers of the poorest billion people in the world aren’t traditional “diseases of poverty” such as tuberculosis or neglected tropical diseases, but are non-communicable disease such as heart diseases and stroke, and injuries.

The Lancet NCDs and Injuries (NCDI) Poverty Commission found that these conditions cause over a third of all annual deaths among the poorest billion, killing 800,000 a year in those under the age of 40. In this group, NCDs and injuries kill more people every year than HIV, TB, and maternal deaths combined.

And care for managing these conditions is out of the reach of the poorest billion, with between 19 to 50 million people every year spending a catastrophic amount of money in out-of-pocket healthcare payments.

“The pandemic has exposed the myth that extreme poverty was disappearing,” said Commission Co-Chair Gene Bukhman of Harvard Medical School, Partners In Health, and Brigham and Women’s Hospital. “We need a cross-border movement with a common sense of humanity to serve people living with NCDs in poor countries, whose economic and health status makes them doubly vulnerable to COVID-19.”

In the midst of the coronavirus pandemic, those struggling with preexisting NCDS such as heart diseases and diabetes are at even higher risk of experiencing severe disease or death if infected by COVID-19.

Richard Horton, editor-in-chief of the Lancet, called the syndemic of NCDs, COVID-19, and inequity a “terrifying intersection of forces.”

“We’re seeing that COVID-19, as do all pandemics, strike the poorest people hardest. Here we have a terrifying intersection of forces, a systemic combination of three concurrent epidemics,” said Horton at the launch of the Commission’s report on Tuesday. “That is COVID-19, the epidemic of non communicable diseases, and an epidemic of inequality disparities within countries and between countries.” 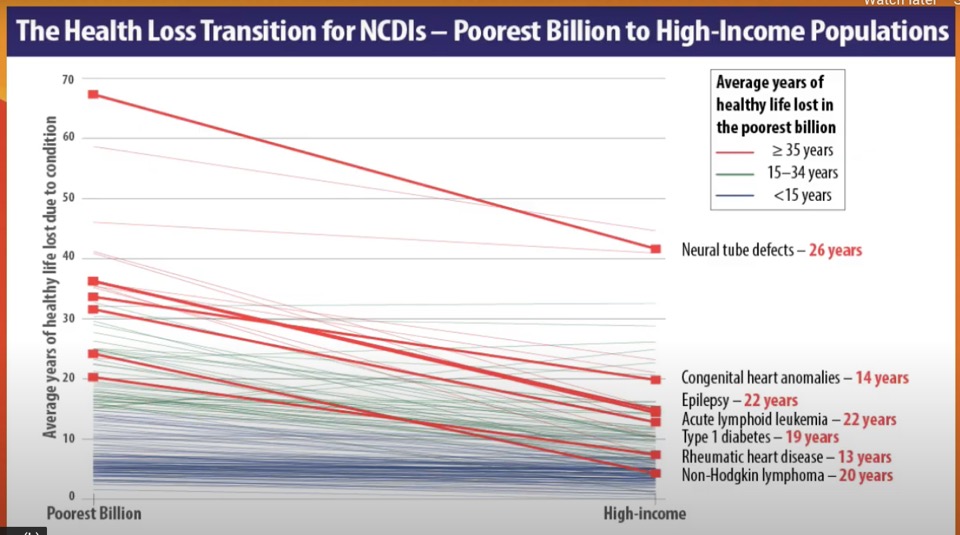 But despite the high burden of NCDs in the poorest billion, many of whom live in Southeast Asia or Sub-Saharan Africa, only US $100 million in development aid is directed towards NCD programs every year.

“Out of the total development assistance for health; the Commission finds just 0.3% goes to the non communicable diseases and injuries,” said Bukhman on Tuesday.

“No disease should practically be a death sentence in one country but treatable, preventable or curable in another,” said Commission Co-Chair Ana Mocumbi of Universidade Eduardo Mondlane and Instituto Nacional de Saúde in Mozambique.“Universal health coverage is unobtainable unless the global health community broadens the geographies and conditions covered by action on non-communicable diseases.”

The report also found that in a number of countries, national plans for NCDs and for poverty reduction fall along separate tracks. Even in national poverty reduction plans published after the UN High-level meeting on NCDs in 2011, NCDs are usually referred to as an “emerging problem.”

But this new report could help turn the assumption that rich countries are affected most by NCDs on its head.

The release of the Commission’s report also marks the launch of the NCDI Poverty Network, which will be dedicated to mobilizing greater funding and political commitment for tackling NCDS as a problem in the poorest billion. 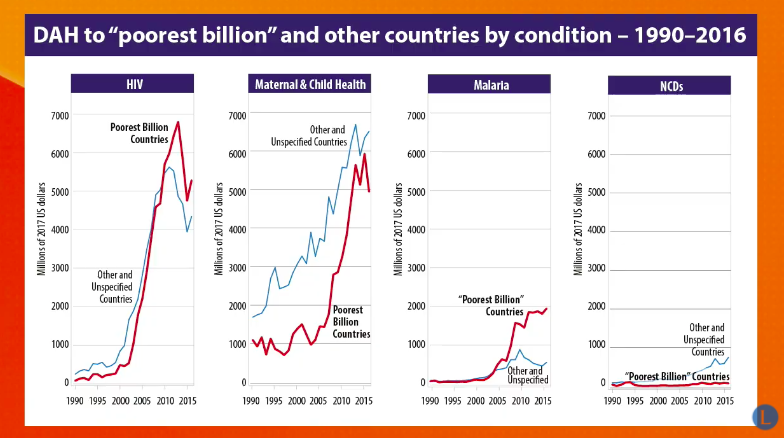