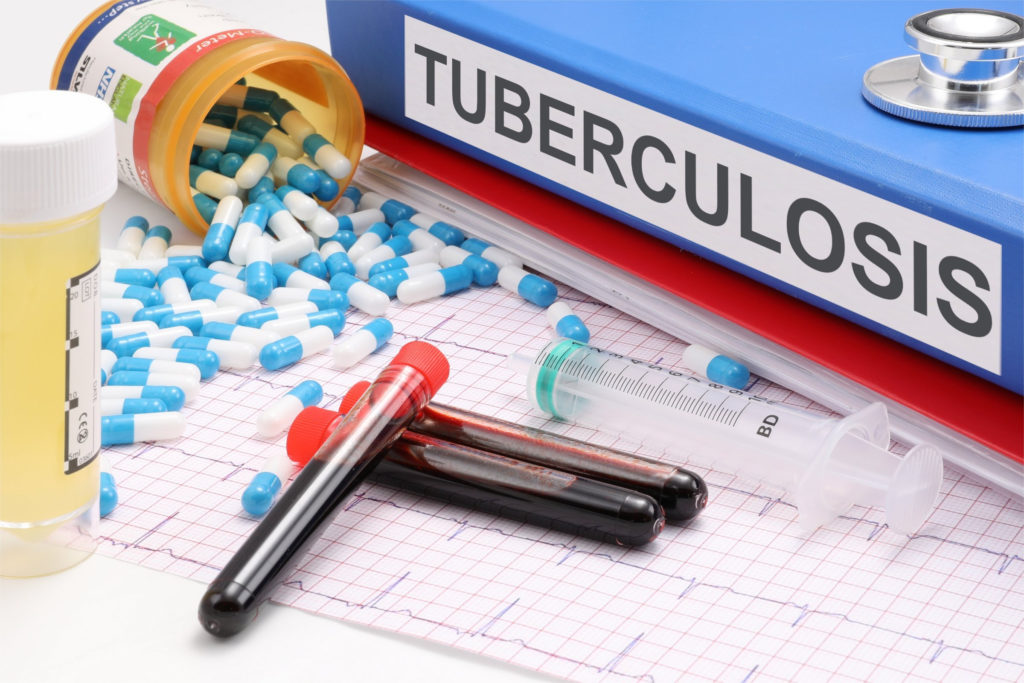 Before the world was hit by the COVID-19 pandemic, humanity’s deadliest infectious disease was a different respiratory illness, one that we have lived with for millennia: tuberculosis (TB). Vaccines developed and rolled out in record time are already driving a reduction in deaths due to COVID-19. Meanwhile, the outlook for TB remains dark: 4,000 people continue to die of the disease every day, including 700 children. And that curve isn’t budging. Good news in the world of TB has been in short supply this year. In fact, recent research has shown that the countries that bear the biggest TB burdens saw a drastic decrease in TB diagnosis and treatment after COVID-19 hit in late 2019. In just 18 months, the Covid pandemic and the measures taken to address it erased some 12 years of significant and measurable progress against TB. This is bad news for us all.

Last month though, the adoption at the United Nations General Assembly High-Level Meeting (UNHLM) on AIDS of an ambitious declaration to end HIV by 2030, gave me a glimmer of hope. TB, which is the primary cause of death for people living with HIV, featured prominently in the declaration, which called for expanding access to the latest technologies for TB prevention, screening, diagnosis, treatment, and vaccination. Member States also agreed to ensure that 90% of people living with HIV receive preventive treatment for TB, and they vowed to reduce AIDS-related TB deaths by 80% by 2025. If these targets are met, and I believe they can, we’ll be moving closer to the commitments made at the 2018 UNHLM on TB. Importantly, in the political declaration member states also renewed their commitment to host a second UNHLM on TB in 2023.

TB and HIV are tragically interlinked, especially in the African region. The risk of developing TB is estimated to be up to 27 times greater for people living with HIV than among those without an HIV infection. In 2019, roughly 9% of all TB cases worldwide occurred among people living with HIV. Nearly half of people affected by TB were neither diagnosed nor treated, which is one of the reasons why, according to the World Health Organization (WHO), roughly one third of all AIDS deaths are caused by TB.

Even before COVID-19 hit, the world was not on track to meet either our HIV or TB commitments and targets. Last year, UNAIDS announced that missed targets had resulted in 3.5 million more HIV infections and 820,000 more AIDS-related deaths since 2015 than would have been the case had targets been met. Similarly, a WHO report issued in September 2020 found that despite progress in the fight against TB, ‘urgent and more ambitious investments and actions are required to put the world on track to reach targets.’ In 2018-19, for example, 14.1 million people were treated for TB, against a target of 40 million between 2018-2022.

With COVID-19, the public health challenges grew more complicated than ever. Neither TB nor HIV went anywhere when the pandemic hit, yet the attention they receive decreased. Doctors and nurses were redirected, public health officials’ attention was diverted, and many health systems soon became overwhelmed. Meanwhile, people with active TB infections have remained more vulnerable to COVID-19 and other illnesses because their lungs are already damaged. In addition, people affected by TB also run a greater risk of developing complications from COVID-19.

How COVID-19 Can Help TB and HIV Responses

To be sure, we still have a long way to go on COVID-19. We need to ensure equitable and affordable access to vaccines, diagnosis, and treatment, recover from the pandemic, prepare for the next airborne pandemic and, at the same time, win back lost progress against TB and other diseases, including the lost ground on protecting the right to health. The good news is that the important lessons that we have learned in the fight to end TB can inform our response to COVID-19—and vice versa. Indeed, carefully thought out and forward-looking interventions for prevention and care of airborne respiratory infections will benefit the fight against both COVID-19 and TB, as well as any future pandemic arising from an airborne infectious disease.

We already know what the most effective policies look like. They include massive community and primary health-care level screening and contact tracing. People with a cough and fever should be tested for both TB and COVID-19, using the latest laboratory tests and imaging techniques. For this to happen at scale, all primary health care units will need to be equipped with diagnostic tools and mobile vans that can visit communities directly. Community workers—who are properly equipped, trained, and remunerated—should also conduct contact tracing and actively screen vulnerable populations in at-risk and hard-to-reach communities.

We also need to take steps to control the spread of airborne infections in healthcare facilities and in any other places that people gather. These include measures like ventilation, ultraviolet irradiation, personal protective equipment, and more. And we need to combine real-time surveillance data with early warning systems so that public health officials have the tools they need to make agile, data-driven decisions as they respond to outbreaks. The experience and expertise of TB programs in all of these areas will be of great benefit in countering COVID-19, and all airborne infectious diseases.

I’m convinced that such efforts will succeed if they are backed by proper resources and political leadership, and if we continue to insist that COVID-19 outreach and prevention efforts include TB work, instead of replacing it. The global health community must also remember that those groups of people who are vulnerable to TB are in many instances also among the world’s most marginalized. TB is therefore a social challenge that demands an unwavering commitment to principles of social justice. As TB affected communities reminded us last year, there is a deadly divide between TB commitments and TB realities, but today we have a significant opportunity to leverage investments in COVID-19 to end TB.

The UNHLM on AIDS declaration is ambitious, and it sets out a clear path for a coordinated response to HIV/AIDS and TB, within the context of COVID-19. It also represents a strong message from world leaders that people living with HIV/AIDS and TB will not be left behind as the world continues to focus on the COVID-19 response. The past year has shown us what can be achieved with the right political will and resources, and I’m optimistic that we can do the same for TB and HIV.

But a declaration is one thing, action is quite another. That’s why we at the Stop TB Partnership are calling on Member States to follow through on their promises. And we stand ready to work in partnership with them to fulfil their commitments, and to fight to end HIV/AIDS and TB by 2030.

Looking ahead to 2023, I look forward to fully engaging in the preparation and organization of the next UNHLM on TB, when we will review our progress in eliminating this disease. In the meantime, we will continue to fight for people everywhere who are affected by TB, including people living with HIV—by ensuring they get the care and support they need, and by making their voices heard at the highest levels.

Dr Lucica Ditiu, Executive Director of the Stop TB Partnership, a UN-hosted entity based in Geneva that’s committed to ending TB by 2030, is an accomplished professional and leader in the global fight against tuberculosis (TB) and other communicable diseases.

Related
One World, One Health – Tackling the Superbug Challenge
Inside View
As NCDs Increase in Poorer Countries, Innovative Partnerships Have Become Essential
Inside View
Answering the Challenges Posed by Antimicrobial Resistance
Inside View

Related
One World, One Health – Tackling the Superbug Challenge
Inside View
As NCDs Increase in Poorer Countries, Innovative Partnerships Have Become Essential
Inside View
Answering the Challenges Posed by Antimicrobial Resistance
Inside View