A new pilot project conducted in a remote region of Zambia, MAMaZ Against Malaria, has demonstrated that with the right combination of access to medicines, trained community healthcare workers and rapid response rural transportation systems, malaria mortality in rural areas can be prevented, according to the project partnership. 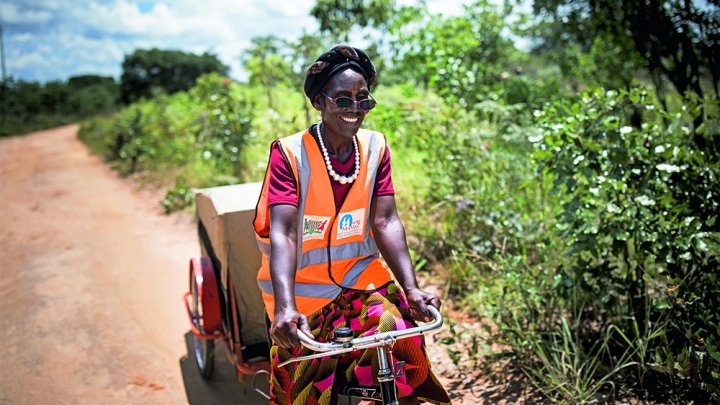 “Malaria can become deadly all too quickly, especially for vulnerable children under 5,” George Jagoe, head of access and product management at MMV, said in the release. “This pilot project with Transaid has confirmed that we can save lives from severe malaria with appropriate interventions even in access-challenged rural settings.”

The pilot project combined a set of strategies to target malaria mortality in children. These strategies included rapid assessment by community healthcare volunteers, immediate treatment with a pre-referral Rectal Artesunate Suppository (RAS), and emergency transportation to the local health centre, relying largely on the project’s emergency transport system (ETS) of bicycle ambulances. At the health centres, children are then diagnosed and treated with a full course of malaria treatment, according to the press release.

“Children under 5 years of age are one of the most vulnerable groups affected by malaria. In Africa, about 285,000 children died [from malaria] before their fifth birthdays in 2016,” according to World Health Organisation data.

Over the 12-month period of the pilot project, only three malaria deaths were recorded, compared to the expected 97 deaths for the period, according to the press release.

“The incredible 96% reduction in case fatality shows the undeniable benefit of using of RAS and ETS in tandem and the importance of scaling up this work to save more lives from this disease,” Jagoe said.

The Bill and Melinda Gates Foundation produced a video detailing how the project works, as well as the potential to scale-up the project to reduce malaria mortality in other areas.

MMV highlights stories of the project’s impact on their website, including “Alexandria’s” story, “A second chance to live,” and “Josephine’s” story, “Saving lives with bicycle ambulances.”

To implement this project, MMV and Transaid collaborated with a consortium of other partners including the Zambian National Malaria Elimination Centre (NMEC), the District Health Management Team (DHMT), DAI Global Health, Development Data, and Disacare, according to the press release.

“Medicines for Malaria Venture is a leading product development partnership (PDP) in the field of antimalarial drug research and development. Its mission is to reduce the burden of malaria in disease-endemic countries by discovering, developing and facilitating delivery of new, effective and affordable antimalarial drugs,” according to the press release.

“Transaid transforms lives through safe, available, and sustainable transport. Founded by Save the Children, the Chartered Institute of Logistics and Transport (CILT), and its Patron, HRH The Princess Royal [Princess Anne], the international development organisation shares 25 years’ worth of expertise in 23 countries with partners and governments – empowering people to build the skills they need to transform their own lives,” according to the press release.

David Branigan is a contributing writer at Intellectual Property Watch and Health Policy Watch. He graduated in May 2018 from the Studley Graduate Program in International Affairs at The New School. His research is focused at the intersection of technology, public policy and human rights.