A sweeping report on the global pandemic response has found that the World Health Organization should have taken a more “precautionary’ approach to the emerging SARS-COV2 virus in the early days of the pandemic, advising countries earlier on that it could be transmitted person-to-person — rather than only warning of such a “possibility”.

The report also says that the WHO Emergencies Committee dallied in declaring a global public health emergency – delaying a decision from its meeting on 22 January until 30 January 2020 – and losing another critical week in the first month of the pandemic battle.

”The Panel’s view is that the outbreak in Wuhan is likely to have met the criteria to be declared a PHEIC by the time of the first meeting of the Emergency Committee on 22 January 2020,” said the final report of the Independent Panel, published Wednesday.

“Given what is known about respiratory infections, there is a case for applying the precautionary principle and assuming that in any outbreak caused by a new pathogen of this type, sustained human-to-human transmission will occur unless the evidence specifically indicates otherwise,” states the panel report.

The Independent Panel report, co-chaired by the former President of Liberia, Ellen Johnson Sirleaf, and Helen Clark, the former Prime Minister of New Zealand, sets out a wide-ranging set of recommendations for ending the current pandemic and preparing for the next one.

“This must be the last pandemic to cause destruction on the scale we are seeing today,” said Sirleaf at the report’s launch. “A new deadly virus could arise tomorrow. The world was not prepared for this one. We must prepare for the next one.”

Said Clark, “almost 100,000 people died from COVID-19 last week around our world. It is a disaster which our panel believes coudl have been averted.”

In terms of ending the current pandemic, the Panel calls for a shake up in the vaccine manufacturing landscape; a World Trade Organization patent waiver; global support for establishment of new vaccine manufacturing hubs; over US$ 10 billion in new G-20 finance for medicines, tests and vaccines, and a commitment by high-income countries to provide the world’s 92 lowest-income countries with more than two billion doses by mid-2022.

But the long-awaited report is likely to be more scrutinized for it’s treatment of the pandemic narrative and its recommendations on preparedness for the next pandemic, when it is reviewed by the World Health Assembly, meeting 24 May- 2 June.

In that narrative, The Independent Panel in fact places most of the blame for a faulty, delayed, and ineffective pandemic response on WHO member states – rather than the organization or its current senior management.

The report lays out a set of recommendations for a “stronger” and “more independent”  WHO – including extension of the Director General’s term from five to seven years  – ostensibly to protect the position from undue political influences.

“The Independent Panel has found weak links at every point in the chain of preparedness and response. Preparation was inconsistent and underfunded. The alert system was too slow—and too meek. The World Health Organization was under-powered. The response has exacerbated inequalities. Global political leadership was absent,” the report concludes.

Chief among the structural weaknesses exposed is infrastructure of the present emergency alert system.

WHO responses were guided largely by the legally-binding international emergency system, the International Health Regulations (IHR), which “are a conservative instrument as currently constructed and serve to constrain rather than facilitate rapid action.’’ As a result, the “precautionary principle was not applied to the early alert evidence when it should have been,” the Panel concluded.

To address that, the Panel calls for an overhaul of the IHR emergency alert rules – as well as a new Pandemic Framework Convention –  to make them more responsive to fast – moving pathogens and the rapid flow of modern information systems.

“The chronology of the early events in raising the alarm about COVID-19 show two worlds operating at very different speeds. One is the world of fast-paced information and data-sharing.

“The other world is that of the slow and deliberate pace with which information is treated under the IHR (2005), with their step-by-step confidentiality and verification requirements and threshold criteria for the declaration of a PHEIC, with greater emphasis on action that should not be taken, rather than on action that should.”

Redesign Surveillance and Alert Systems to Function at Near-Instantaneous Speed

Among a wide-ranging menu of solutions, The Independent Panel says that global, regional and national surveillance and alert systems need to be designed to ensure that “detection functions” and “relay functions – ensuring that signals are verified and acted upon” actions are synchronized.

“Both must be able to function at near instantaneous speed,” The Independent Panel report states.

“The question we must ask ourselves is why the PHEIC declaration did not spur more action, when the impending threat should have been clearly evident? After a stuttering start to the global response in January 2020 by the end of that month it was clear that a full-scale response would be needed. It is glaringly obvious to the Panel that February 2020 was a lost month, when steps could and should have been taken to curtail the epidemic and forestall the pandemic,” the report finds.

However, the report avoids assigning any specific blame for the failures to any single country – including China which has been widely criticized for failing to report early on the depth and breadth of the spreading virus.

“The Panel’s analysis suggests that the failure of most countries to respond during February was a combination of two things. One was that they did not sufficiently appreciate the threat and know how to respond. The second was that, in the absence of certainty about how serious the consequences of this new pathogen would be, “wait and see” seemed a less costly and less consequential choice than concerted public health action.”

At the same time, it applauds China and a handful of other countries, mostly in the Asian Pacific region, such as New Zealand, Korea, Singapore, Thailand and Viet Nam, which recognized the threat early on and undertook an “aggressive containment strategy.”

Beyond a more agile, digitally-based alert and response system, much more also needs to be done, in terms of strengthening other aspects of pandemic preparedness – the Panel concludes, etching out seven key recommendations, including:

Free WHO from national government controls. The report calls on the World Health Assembly to give WHO explicit authority to publish information about outbreaks with pandemic potential immediately – without requiring the prior approval of national governments, and the power to investigate pathogens with pandemic potential with short-notice access to relevant sites, provision of samples, and standing multi-entry visas for international epidemic experts to outbreak locations.

High-level political leadership. Adoption of a Pandemic Framework Convention within the next six months, as well as a United Nations General Assembly political declaration at the September 2021 meeting.

Stronger, more independent WHO. Extend the Director General’s term to seven years, but with no option for re-election – with the same rule to apply to WHO’s six Regional Directors. “Depoliticize recruitment especially at senior levels”, prioritizing merit-based evaluation of performance. Increase WHO member state fees to two-thirds of the WHO base programme budget and abolish the “earmarking’ of donor funds so that they can be used more flexibly. 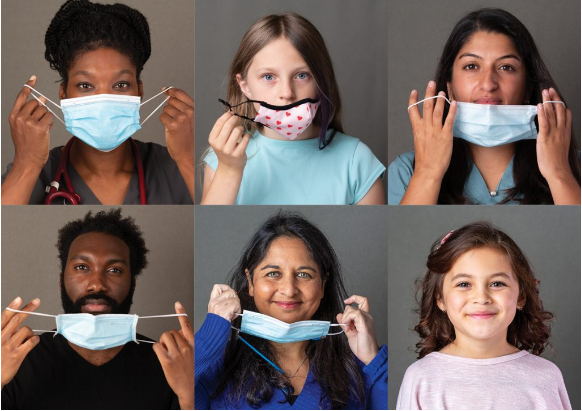 Pre-negotiated Platform for supplies.  Institutionalize and transform the current Act Accelerator and COVAX platforms into a “truly global end-to-end platform to deliver the global public goods of vaccines, therapeutics, diagnostics, and essential supplies.” This would be accompanied by new donor and member state agreements to:

Financing pandemic preparedness and response. Create an International Pandemic Financing Facility to raise additional reliable funding for pandemic preparedness and for rapid surge financing for response in the event of a pandemic with the capacity to mobilize long term (10-15 year) contributions of approximately US$5-10 billion per annum to finance preparedness, with the ability to disburse up to US$50-100 billion at short notice in the event of a crisis

Appoint “National Pandemic” coordinators with direct line to heads of state. Heads of State and Government to appoint national pandemic coordinators who are accountable to them, and who have a mandate to drive whole-of- government coordination for pandemic preparedness and response. 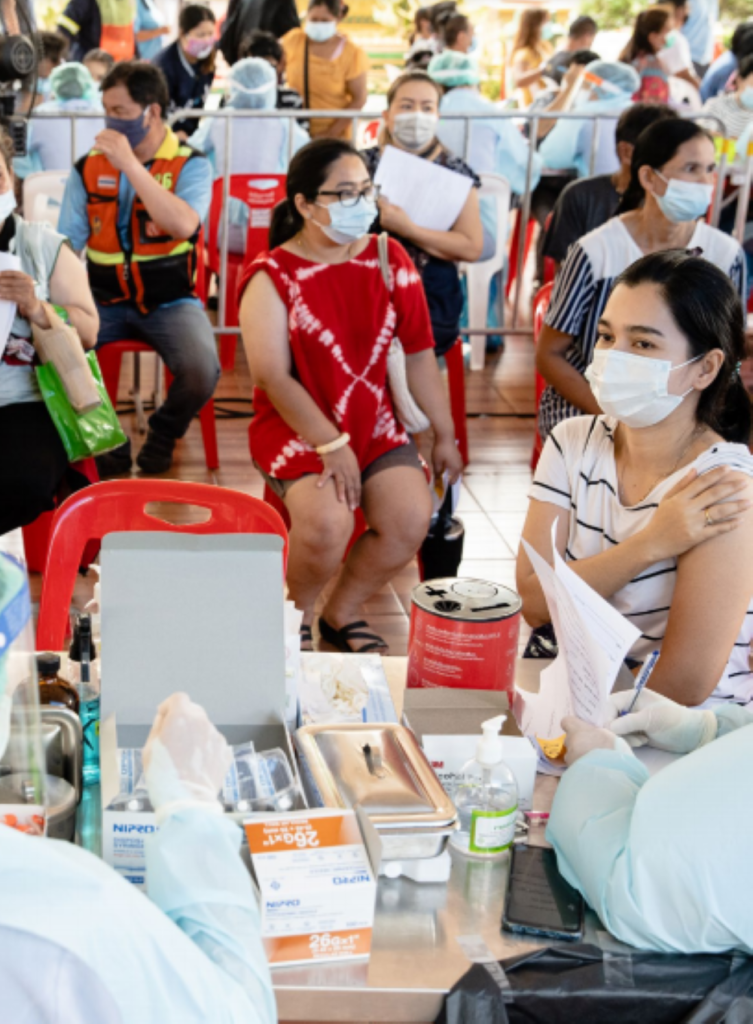 UNAIDS welcomed the report’s recommendations, particularly the “urgent need to establish at Global Health Threats Council at the highest political level in order to coordinate global action against pandemics and secure agreement between governments on aligning efforts to tackle the health, social and economic challenges of major pandemics.

“The IPPR recommendations are a wake-up call for transforming health systems across the world,” said Winnie Byanyima, Executive Director of UNAIDS, in a statement. “Health is a universal public good in this interconnected society—no one is safe until everyone is safe, so we must reimagine health to provide the same quality of care regardless of geography, income or social status.”

Meanwhile, the advocacy group Medicines, Law and Policy, lauded the report’s “bold recommendations” including its support for the proposed waiver of intellectual property rights on Covid-19 vaccines.

It cited Clark’s comments that the US support for the waiver, is “a game changer” and “a vital step in the right direction”noting that she also called for WHO to convene vaccine producing countries and companies to agree to voluntary licences and technology transfer for COVID vaccines immediately.