Pregnancy is most often a cause for celebration of a new life and a new addition to the family. But for the women who walk into Garima Malik’s clinic in New Delhi, it is a very different story. Some cry. Others appear angry, irritable or frustrated. Usually, the cause is domestic violence – pregnancy is a particularly vulnerable time and as an experienced counsellor, Malik is trained to spot the signs.

“They talk about suicide,” she says. “Then they calm down. We talk about risk management and safety planning and counselling. So somehow, they cope.”

Malik says many of those who come to the clinic, run by the medical charity Medecins Sans Frontieres (MSF), have experienced physical and emotional violence during pregnancy. Sometimes this is because they are unwilling to be intimate with a partner in the early part of the pregnancy or immediately after the birth. Other times it is because they have given birth to a girl, seen by some as less desirable.

Malik says they are the lucky ones — most Indian women who experience suicidal thoughts in the period during or after their pregnancy will not seek or receive any help. Yet suicide is one of the leading causes of death among women of child-bearing age in India. According to one recent study published in The Lancet medical journal, the suicide rate among Indian women and girls is twice the global average.

India has made enormous strides since the turn of the century in reducing overall maternal mortality, reducing deaths by more than half. In 2019, 103 mothers were dying per 100,000 live births, down from 254 in 2004. The United Nations has set the goal of reducing maternal mortality globally to 70 deaths per 100,000 by 2030.

But that success has exposed a phenomenon that had previously gone largely unnoticed in India: high rates of suicides in the perinatal period, defined as during and immediately after pregnancy. A 2016 study of 462 low-income women in early pregnancy in south India found 7.6% were at risk of suicide compared to roughly 0.4% in the United States. Health experts say the government has done little to address this problem, and a suicide prevention action plan devised in 2018 has never been implemented.

India is losing young women “in enormous numbers,” says Lakshmi Vijayakumar, a psychiatrist and a member of the World Health Organization (WHO)’s International Network for Suicide Research and Prevention. “And we don’t have any effective mechanism or plan or strategy to address this issue.”

The Indian government did not respond to a request for comment.

Data on this is limited. India compiles national maternal death statistics by extrapolating from a representative sample survey, but does not separate the data into causes of death. Police keep data on reported suicides, but do not record whether the person was pregnant, and anyway, suicides are underreported.

Perinatal suicides are often linked to a history of psychiatric illness, but Lakshmi* says this does not seem to be the case in India. Instead, social factors such as early marriage, intimate partner violence, pressure to give birth to a son and women’s lack of financial autonomy are drivers. 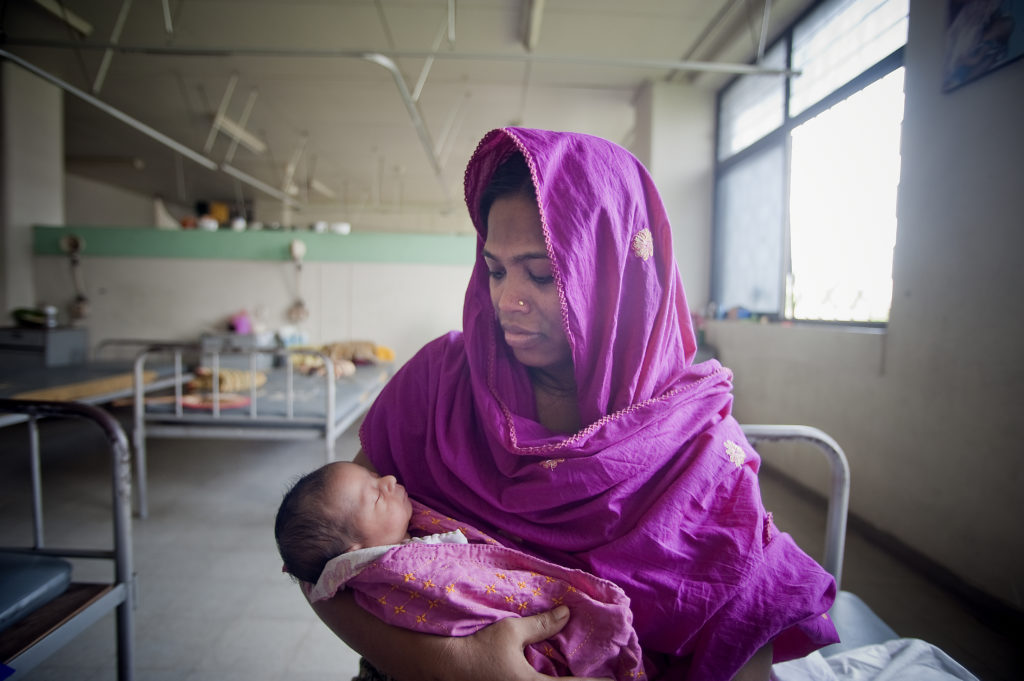 When it comes to the physical causes of maternal deaths, India’s success has been marked and is largely due to an increase in deliveries at free public health facilities rather than at home. In-facility deliveries rose from 31.1% in 2005-06 to 88.6% in 2019-21, according to government figures, driven by awareness campaigns and offering small financial incentives to pregnant women and grassroots health workers.

The southern Indian state of Kerala has been among the most successful in reducing maternal deaths. With 43 per 100,000 live births, it is the safest place in the country to give birth. It is also the only state to have looked into perinatal suicide data, analyzing the 1,076 maternal deaths registered between 2010 and 2020. During that period, mortality dropped from 66 to 43, but the share of suicides increased from about 2.6% in 2010 to 6.6% five years later, and to 18.6% in 2019–20.

But that data should be treated with some caution – Kerala’s relatively low rates of maternal mortality were based on a small sample but, combined with the 2016 study in south India, it indicates a trend, says Soumitra Pathare, psychiatrist and director of the Centre for Mental Health Law and Policy.

“It is important for various reasons –  we now have systematic data to show that suicides are a significant problem in young women, especially young women who are pregnant or have just delivered a child,” he says.

“Maternal mortality has gone down substantially because that’s something that has had an intervention done for it. So what this actually shows is that we’ve not done any intervention for suicide prevention.”

He cautioned that the data capture only some of the problem. For every person who dies by suicide, an estimated four to 20 times more people attempt it.

“So the number of attempted suicides [in India] is anywhere between 0.6 million to 6 million,” said Pathare. “We don’t even collect data on it. ”

There has been little research into the drivers of perinatal suicide in India, though the Kerala review identified psychiatric illness, young age, unmarried status and domestic violence as risk factors.

Nearly one in every three Indian women between the ages of 15-49 who has ever been married has experienced intimate partner violence, according to government figures. Around 3.1% of women in this category said they experienced physical violence during pregnancy. Marital rape is not legally recognized, although this is being challenged in the courts.

Nayreen Daruwalla, head of a program on the prevention of violence against women and children at the Mumbai-based non-profit SNEHA, says suicide during pregnancy often falls into one of two categories.

“One is pregnant women who are married and in whose cases the family insists on having a boy,” she said. “Unwed mothers are a huge category of cases especially given the lack of social support and sometimes the lack of support from the partner who might be reluctant to wed on finding out the woman is pregnant.”

Experts say early intervention is key to preventing perinatal suicides, and that India already has the systems in place to do this.

Shaji KS, dean of research at the Kerala University of Health Sciences and part of the team that reviewed perinatal suicides in Kerala, cites India’s network of grassroots health workers, through whom every pregnant person in the country can be reached. Adding a psychiatric component to support their mental health would help prevent many deaths, he said.

MSF’s Malik sees a need for more vocational training to enable Indian women to become financially independent, making it easier for them to escape abusive situations. Research in Australia has found this to be effective in reducing suicides. In India, women’s labour force participation has steadily declined from around 30.4% in 2000 to 19% in 2021.

“When we talk to such patients, when we talk about leaving husbands and leaving such [a] toxic environment and getting out of this kind of relationship, they want to,” she said. “They cannot because they are not financially independent.”

Studies also show restricting access to pesticides, used in many suicides in India, might prevent some of the deaths.

Lakshmi, the psychiatrist and WHO advisor, was part of a task force set up by the Indian government in 2018 to suggest ways to reduce overall suicides, whose recommendations have not been implemented.

Asked about funding for suicide prevention, the government said in February that funds had been allocated and announced plans for a national telemedicine program for mental health. But it did not commit to adopting the task force’s recommendations.

“We have submitted the plan” said Lakshmi. “It is still lying there. I hope that one day it will see the light of day.”

If you or someone you know is struggling with mental health or suicidal thoughts, help is available at iCALL run by TISS at 9152987821 [India] or the National Suicide Prevention Lifeline at 1-800-273-8255 [US].

This article was first published in The Fuller Project.