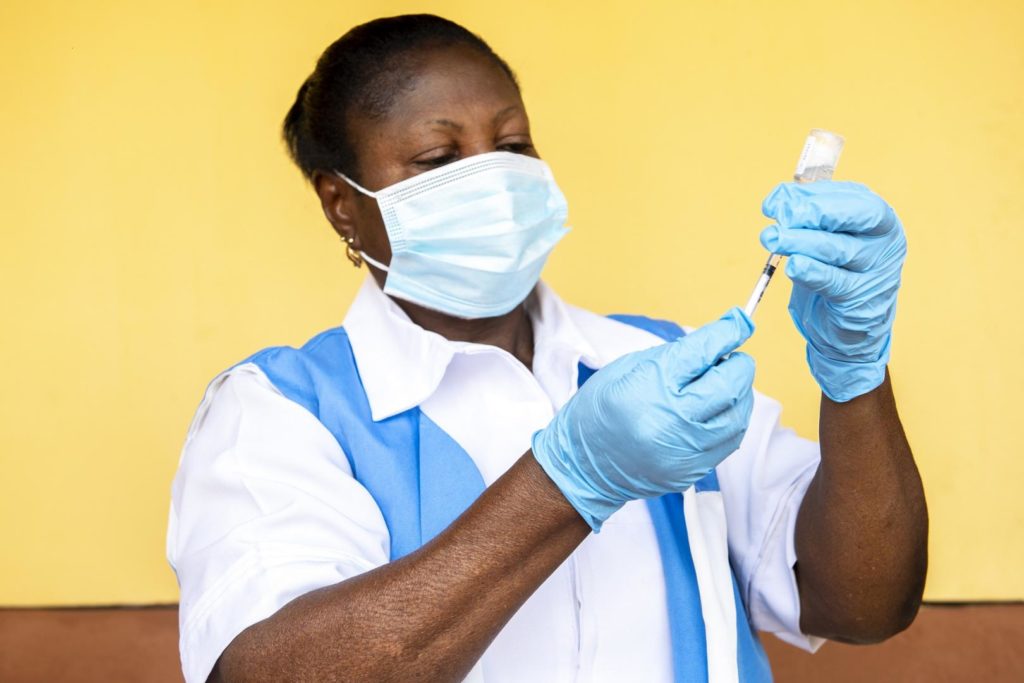 Several African countries struggling with vaccine rollout programs are forced to donate COVID-19 vaccine doses to other countries before the lifesaving drugs expire, the Africa CDC revealed on Thursday.

Details of the “donations” are sketchy, but Africa CDC director John Nkengasong, during a media briefing, disclosed how one African country, the Democratic Republic of Congo (DRC), was forced to return 1.3 million doses of vaccines received via the COVAX Facility for redistribution to other countries, including to Caribbean countries, that can expedite its rollout before expiry dates.

“DR Congo returned 1.3 million doses of vaccines to the COVAX mechanism and they are working with UNICEF to get them redistributed within 5 weeks,” said Nkengasong.

There is high vaccine hesitancy in DRC. Africa CDC revealed that in a study it carried out, only 59% of the people there are willing to get vaccinated. So far, the country has recorded nearly 30,000 confirmed cases and 763 deaths.

Africa CDC could not provide a list of other countries who had to redistribute their vaccines, but together with the World Health Organization on Thursday further admitted African countries are struggling with rolling out the vaccines at scale and at speed.

The developments however casts doubts on the true state of preparedness for COVID-19 vaccine roll out in many African countries that once accused the Global North of hoarding doses.

Inability to quickly administer the vaccine doses were however not the sole reason for the return of the life saving drugs – delays in initial deliveries of the shipments to the continent also contributed to the short period left before the vaccines expired.

Some of the doses redistributed were the AstraZeneca doses initially procured by South Africa, but were not rolled out again after the country decided to pause the vaccination exercise and switch to J&J’s vaccine.

Then, delays in sorting out new indemnification arrangements prevented the Africa CDC from quickly distributing the doses that were made available by telecommunications giants MTN, to interested African countries early enough to give sufficient time for vaccination.

According to the WHO, the short life span of vaccines (six months after production) further shortened by the pause of the vaccine rollout in countries like DRC, also contributed to the redistribution. The Serum Institute of India has said that vaccines can be used for up to nine months from its manufacture date, rather than the prescribed six months. But, some African countries, including Malawi and South Sudan, are refusing to administer the expired vaccine doses even though they are being encouraged to still administer them.

The WHO however said that a number of countries, including Togo and The Gambia, were able to administer the doses before their expiry date.

While admitting the shortcomings in COVID-19 vaccine rollout programs, Nkengasong said the latest developments in no way suggest that Africa has a poor vaccination system. “Africa knows how to vaccinate and has been vaccinating its citizens for a long time. Ethiopia alone, within the COVID-19 pandemic, has vaccinated over 12 million children with the measles vaccine. That suggests that if the vaccines are available, the countries will administer them,” he said.

But with little or no vaccine shipments coming from India, which is dealing with an alarming surge in the number of COVID-19 cases, the WHO has urged African countries to use shipment delays to improve their logistics.

India has decided to use all doses of vaccines produced in the country as the country experiences a devastating second wave. Over 18.8 million cases of COVID-19 have been confirmed with over 208,000 deaths. On April 29, the country recorded its highest number of confirmed cases in a single day (386,555). Nearly 124 million people have received at least one dose of vaccine in the country, representing just 9.1% of the country’s population. And nearly 2% of the population (about 25.5 million people) have been fully vaccinated.

“We are advising African countries to use this pause to tighten their planning so that whatever doses they can get will be rolled out most efficiently,” said Nkengasong.

Despite the flaws or lack of efficient rollout programs, the continent has successfully administered more than half of all COVID-19 vaccine doses it has received, said Dr Phionah Atuhebwe, WHO Vaccines Introduction Medical Officer for Africa.

“Many countries have not been able to prepare adequately before the vaccines arrived in the country and that is one of the reasons we have seen a slow pace overall,” she said.

In addition to the slow pace of rollouts, vaccine hesitancy due to myths and rumours and insufficient operational funding were also contributing factors.

Atuhebwe believes more doses than reported may have been administered in Africa as limited data could mask the true state of vaccine rollouts.

“It is easier to get this information links at the national level because most of these systems are now internet-based. So we are having issues with getting that data. We know for sure more vaccines are given than we receive on a daily update on the live dashboard,” she said.

Health experts are concerned about the surge in India spilling over to Africa as the major drivers of the pandemic in India are still present in several African countries where public health measures are no longer being enforced and large gatherings are being held.

Matshidiso Moeti, WHO’s regional director for Africa, said that while the situation in India is “sad”, it is also a wakeup call for African countries to take the COVID-19 response more seriously. “We should look at the situation in India and see what we can learn about it and how we can better prepare for any upsurge of cases in Africa,” she said.

According to her, religious ceremonies, gatherings and mass gatherings at electoral activities were super spreader events.

“There is also a circulating variant [of the virus] that is causing difficulty in terms of its transmissibility. The lesson there for Africa is to anticipate that such a wave is possible in different countries and to look at the driving factors. So, African countries that will have elections where mass gatherings will occur should be on the lookout,” she urged.

She pleaded with religious leaders in Africa to sustain the COVID-19 measures they adopted at the outset of the pandemic. “We are seeing in African countries the drop of wearing of masks particularly. In some countries, the proportion of people not wearing masks has gone up nearly 80% against 17% in the early days of the pandemic,” Moeti said.

India’s continued suspension of COVID-19 vaccine exports other countries  have resulted in them defaulting in meeting global agreements and putting delivery of second doses for many Africans in doubt. The WHO on Thursday urged African countries to maximise the available doses to cover as many people as possible instead of keeping doses to provide second doses for those that have received the first doses.

“We have advised our countries to cover as many people as possible as far as the first doses are concerned. We will have to see what will happen as far as getting other supplies so that countries can provide the second dose,” Moeti said.

Regarding expired vaccine doses, Atuhebwe said the global health body is working with the manufacturers to develop a guidance on how they should handle them considering the manufacturer’s recommendation that the doses can still be used until July if they are properly stored.

WHO was evaluating all the evidence and data from the Serum Institute of India to ensure the potency and stability of the vaccine.

“An extension of shelf life is about the stability and potency of the vaccine during the stated time frame, and does not affect the safety of the vaccine.. Then we will get to each individual country and see how they have stored their doses. We are working with the countries to help them to see how to destroy this vaccine. We have a waste management protocol for all vaccines. But let’s wait for the guidance that should be out as early as Monday,” Atuhebwe said.

For countries like Malawi that have removed some doses from their cold chain, WHO said those doses cannot be used and will therefore be destroyed.