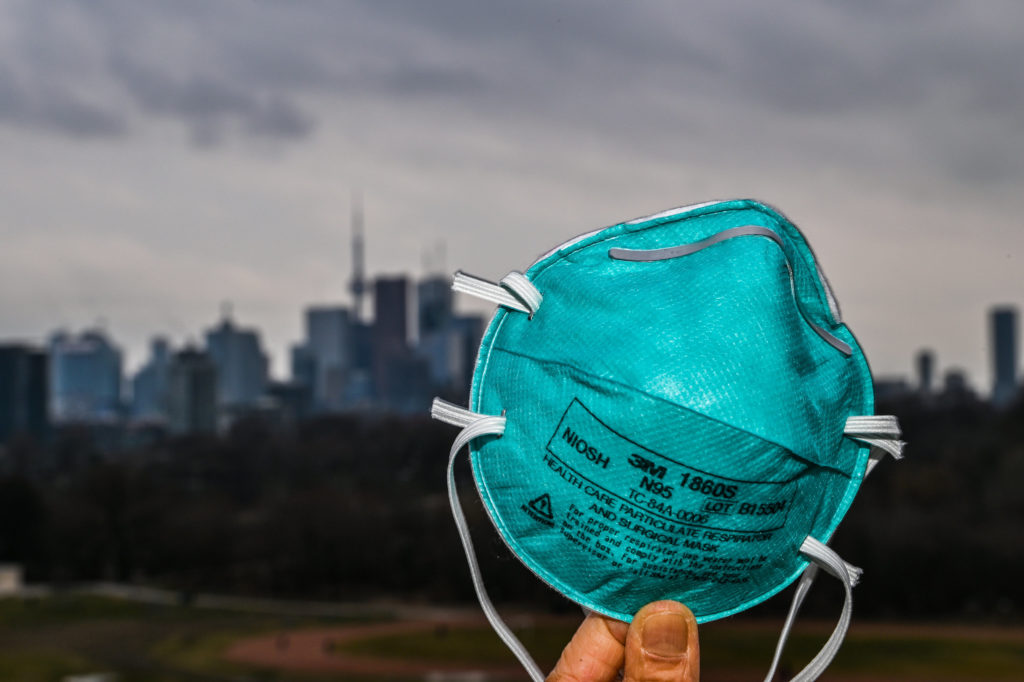 A growing bloc of aerosol scientists, epidemiologists, and infectious disease experts are urging the World Health Organization to acknowledge that particles containing SARS-CoV-2, the virus that causes COVID-19, can remain suspended in the air for hours and be inhaled, potentially representing another route of transmission.

Some 239 scientists from around the world urged the WHO to acknowledge the evidence of “airborne” transmission of the virus at short distances in a commentary published Monday in the Clinical Journal of Infectious Diseases.

“There is significant potential for inhalation exposure to viruses in microscopic respiratory droplets (microdroplets) at short to medium distances (up to several meters, or room scale), and we are advocating for the use of preventive measures to mitigate this route of airborne transmission,” wrote the main authors of the CJID commentary, Lidia Morowska, a scientist at the Queensland University fo Technology, and Donald K. Milton, a professor of Environmental Health at the University of Maryland.

WHO has firmly maintained that the “COVID-19 virus is primarily transmitted between people via respiratory droplets and contact routes,” referring primarily to large, liquid droplets expelled by coughing or sneezing, and which rapidly fall to the ground.

But talking and breathing can produce much tinier particles containing SARS-CoV-2, experts now believe. These particles can “remain suspended in air near the person who generated them” for sometime longer than previously believed, Dr Lisa Brosseau, an industrial hygienist researching aerosols at the Center for Infectious Disease Research and Policy (CIDRAP) told Health Policy Watch.

“The way WHO thinks droplets – or large, liquid particles containing the coronavirus – transmit disease, is that they are propelled into your face into your nose your mouth, your eye. There is no inhalation involved with droplet transmission,” according to Brosseau. However, if tinier virus particles can remain airborne for longer, then chances are greater that someone standing close an infected person could inhale infectious virus – even if that person didn’t cough or sneeze directly into their face.

“In my opinion, infection probably does occur by both droplets and fine particles [suspended in air], but we don’t know how important each is. And since there’s a distribution of particle sizes, the answer may not be quite so simple, either,” Stephen Morse, an infectious disease epidemiologist and influenza expert from Columbia University told Health Policy Watch.

At the heart of the debate around SARS-CoV-2’s viability in air is a false dichotomy between “droplet” and “airborne” transmission, said Brosseau and Morse.

“I think the problem is that [infection prevention and control specialists] didn’t have better words to use when they were developing the guidelines, leading to some of the confusion we have today,” said Morse.

According to the WHO and US Centers for Disease Control definitions, so called “airborne transmission” of diseases occur when infectious pathogens can be dispersed via tiny particles “over long distances” by air. Droplet transmission refers to transmission driven by infectious persons’ short-distance expulsion of particles bigger than 5 micrograms in size, which quickly evaporate and drop to the ground.

In hospitals, “airborne” infection prevention and control protocols are much more stringent than droplet precautions, requiring healthcare workers to don N95 respirators, special masks designed to prevent inhalation of small particles, before attending to patients. “Airborne pathogen” protocols also generally recommend that patients be placed in isolation rooms with special ventilation systems that prevent the pathogen from being carried room to room by air currents.

But Brosseau says this classification system is outdated. It fails to capture the potential for tiny virus-containing particles of 2 to 3 micrograms in size to remain suspended in air near the source of infection, and then infect someone else who happens to be in proximity.

“It’s really important that we use the data and science that we have to inform us about what’s going on, and not hold on to these sacred cows; like droplet versus airborne,” she said.

A recent preprint study mimicking aerosol transmission of SARS-CoV-2 under laboratory settings found that the viable virus could remain suspended in air for up to 16 hours, according to Brosseau. While the study did not test the effects of different temperatures and humidity levels on aerosolization of the virus, it’s been proven that coughing, talking, and even exhaling can release tiny droplets that remain suspended in the air for hours, potentially available to infect nearby people.

“That 16 hour thing really makes me think this is a pathogen that’s pretty good at staying viable in particles in air,” said Brosseau.

Transmission of aerosolized virus-containing particles could explain why COVID-19 cases occur in clusters.

“We’re getting clusters of disease traced back to these small spaces with lots of people. They’re spending time… in enclosed spaces with usually not a lot of ventilation, they’re breathing out infectious particles other people are inhaling them,” explained Brosseau.

Acknowledging the possibility of wider transmission caused by aerosolized virus would lead to some major changes in prevention tactics, Brousseau said. Those could include:  encouraging the use of fit-tested respirator masks in all healthcare settings, limiting the time spent in indoor settings with strangers, and improving ventilation of shared spaces.

“If there is significant ‘airborne’ (fine particle) transmission, our regular precautions (6 ft. social distancing and most masks) wouldn’t be enough…This is especially true for indoor spaces, including, of course, the elevator. Most are not well ventilated and therefore the small particles could stay in the air for a long time and, under normal environmental conditions of temperature and humidity, the virus in these particles could remain infectious for a considerable time,” said Morse.

“You should spend as little time indoors as you can with people whose infection status you do not know,” stressed Brosseau.

“Even if you sit far away from somebody who’s infectious in a small space, eventually the proximity won’t matter… because you will be breathing in the particles that they are breathing out… as particles are distributed throughout the room. And eventually, you may breathe in enough to reach an infectious dose.”

Improving ventilation of indoor spaces is thus an important tactic to quickly disperse aerosolized virus and reduce transmission, especially as people begin reopen offices and workplaces. But such ventilation systems must be designed carefully, said Brosseau.

“You have to be very careful about directionality,” she said. For example, using fans could simply blow particles from one person to the next. Rather, employers managing large office spaces need to adapt lessons learned from factories, which often feature ventilation systems designed to minimize workers’ exposures to dangerous aerosolized chemicals.

“It isn’t an easy solution, necessarily, but there are solutions,” said Brosseau. “The solution is definitely not just face coverings, guaranteed.”

But WHO currently recommends that respirator masks be restricted to use in healthcare workers during medical procedures that are known to generate aerosols, such as intubations. During other times, staff in healthcare settings should wear surgical masks, which provide a physical barrier against droplet transmission.

But if infectious, respirable virus particles can be generated simply by talking, then the use of special respirator masks  should be recommended in all healthcare settings, said Brosseau. Surgical masks do little to prevent transmission driven by small infectious particles that can remain suspended in air.