Uganda is suffering an acute shortage of oxygen and intensive care beds as the country grapples with a deadly second wave of the pandemic that is being fuelled by five different virus variants.

Regional referral hospitals and the country’s biggest hospital, Mulago National Referral Hospital, have run out of oxygen or have reported acute shortages,  forcing medical staff to decide who gets the life-saving treatment.

At least 22 countries on the African continent are in the midst of new infection waves, with Uganda, Namibia, South Africa, Tunisia and Zambia being the worst-hit.

On Wednesday, the country received 75,200 doses of the AstraZeneca vaccine, donated by the French government through the COVAX facility. 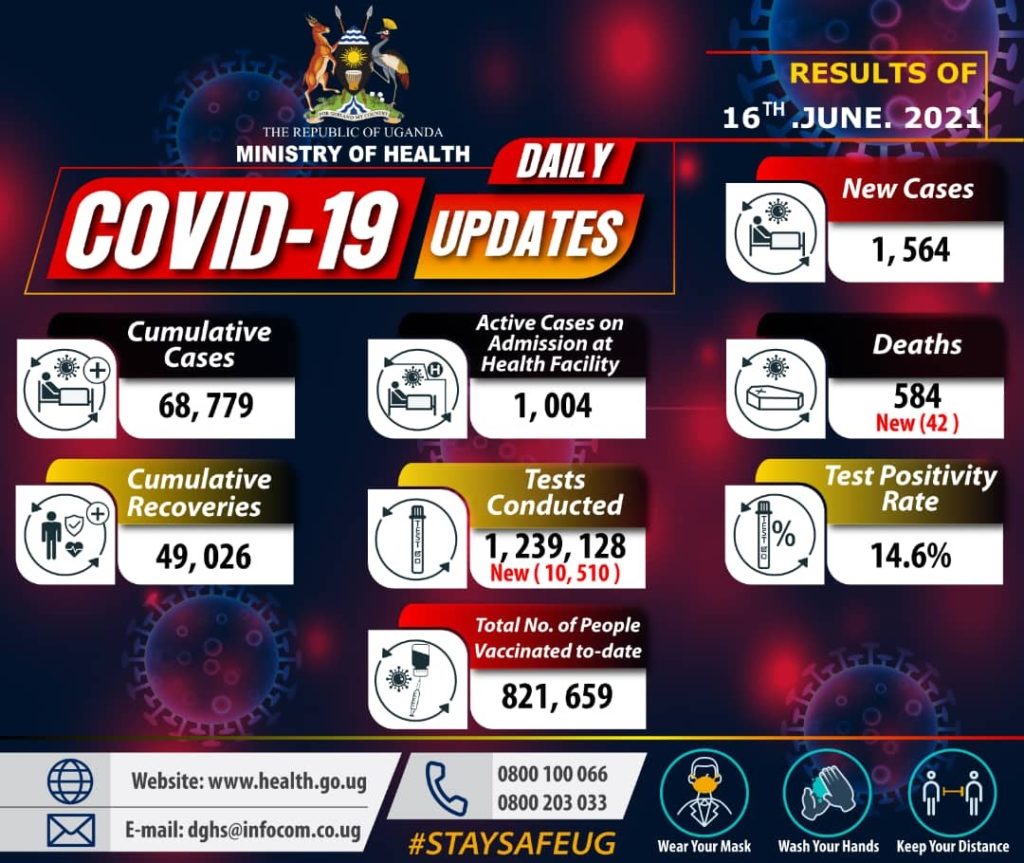 Ugandan Health Minister Dr Jane Ruth Aceng, told a WHO Africa Region press briefing on Thursday, that her country was dealing with five major variants and that COVID-19 transmission was “very aggressive”.

Aceng said the variants registered in Uganda include Delta (B.1.617.2 first identified in India), Eta (B.1.525), Beta (B.1.351 from South Africa), Alpha (B.1.117 identified in the UK) and the local strain, which she identified as B.1.617.  These strains are on the rise and are fuelling the transmission, according to Aceng.

“We have started a robust intervention in the communities. We are handing the pandemic back to the community to take it up themselves and ensure that everybody adheres to [standard operating procedures] and account for all the infected,” said Aceng, adding that more research is being conducted into how the variants are spreading.

Last week, the WHO warned of a third wave of the pandemic across Africa, with 90% of countries likely to miss the global vaccination target of at least 10% of their populations by September.

The new vaccine doses delivered on Wednesday brings the total number of COVID-19 doses received in the country to 1,139,200. Uganda’s first two batches, totalling 964,000 doses, arrived in the country in March and are expected to expire by 10 July.

By 15 June, over 812,000 people including health workers, teachers, security personnel, airport staff, the elderly and people with diabetes, hypertension and other underlying conditions had been vaccinated.

However, Aceng said that health workers, teachers and all those who got a first shot will be prioritized to get their second shots, as the demand for vaccines rises among the public.

Out of the targeted 160,000 registered health workers in the country only 69,000 have been fully vaccinated according to the Ministry of Health.  President Yoweri Museveni recently decreed that all teachers should be vaccinated before being allowed  back in the class.

“Vaccine hesitancy was real at the beginning and we opened up beyond the categories we wanted to target, but now we have more demand than we can meet. Many people are now rushing to get vaccinated,” presidential adviser on epidemics Dr Monica Musenero told reporters at a press briefing on Wednesday.

Last week, 14,460 COVID-19 vaccine doses went to waste as they were opened, but not used. Scientists say vaccines lose their potency and effectiveness if they are exposed to temperatures outside of the required range or when exposed to light.

Once a vial’s seal is punctured, workers have only six hours within which to administer the vaccine. Each vial can vaccinate 10 to 12 people.

Catherine Makumbi Ntabadde, UNICEF’s country communication specialist, said Uganda is expected to receive another batch of 688,000 vaccine doses in August,  which will also be administered as a second jab. The country aims to vaccinate 21 million people in a phased manner. 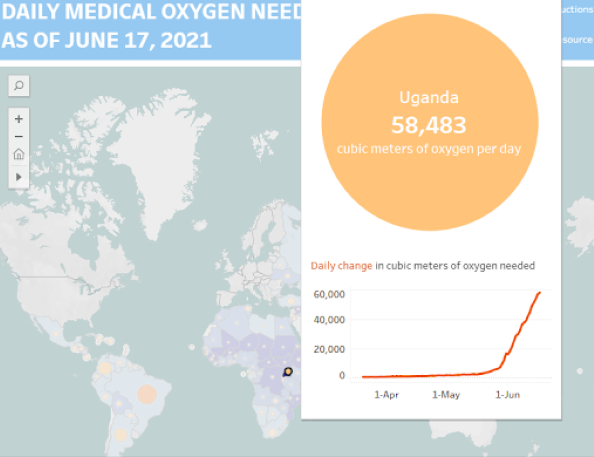 Uganda’s medical oxygen demands outweigh the current supplies due to an increasing number of critically ill patients. Although the oxygen production capacity is available in the private sector and from neighbouring Kenya, Aceng said the country did not have enough cylinders. An additional 8,000 cylinders would help reduce the COVID-19 death rate.

However, according to intensive care staff, more piped oxygen is needed instead of cylinders as patients are not responding to nasal oxygen that is distributed via the cylinders.

The oxygen shortage is further fuelled by the private sector, the biggest provider of health services in the country, charging exorbitant treatment prices,

“The private sector is fleecing desperate Ugandans. Why charge for oxygen? It should be given out free of charge,” said a frustrated Aceng.

Some private providers have been caught out charging for vaccines meant to be distributed for free. Government had allowed the private sector to import and distribute COVID-19 vaccines  as they were already key players in immunisation of children on behalf of the government.

“It is not that they accessed the vaccine through the wrong route. The government gave them the vaccine to distribute on its behalf, but now there is just no truth and transparency in the distribution,” said Aceng.

It is likely that Uganda will follow Kenya in banning private sector participation in the procurement and distribution of vaccines if the vice does not stop.

Last week, President Museveni instituted a ban on inter-district travel and restricted the number of people to attend weddings and burials to 20 in a bid to contain the virus.

Aceng however said the surge in new cases in Uganda was due to citizens becoming complacent after the first wave and when some schools reopened.

“When we opened up after the first strict lockdown last year, people wanted to have their normal lives and regain economic stability so they became complacent and the number of cases started rising,” said Aceng, referring to the two-month lockdown that started last March.

WHO Regional Director for Africa Dr Matshidiso Moeti, speaking at the same briefing,  warned that the continent’s third wave is gaining pace and is nearing the first wave’s peak of more than 120,000 weekly cases recorded in July 2020.

“Africa is in the midst of a full blown third wave. The sobering trajectory of surging cases should rouse everyone into urgent action. We’ve seen in India and elsewhere just how quickly COVID-19 can rebound and overwhelm health systems. So, public health measures must be scaled up fast to find, test, isolate and care for patients and to quickly trace their contacts,” Moeti said.