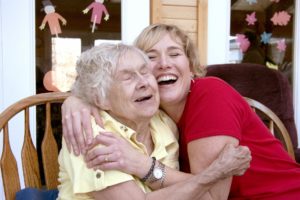 Only a quarter of countries worldwide have a national plan to support people with dementia and their families, according to the World Health Organization’s (WHO)  ‘Global status report on the public health response to dementia’ released on Thursday.

More than 55 million people globally are living with dementia and the number is estimated to increase by almost 40% to 139 million by 2050,  according to WHO.

While most countries have made progress in implementing public awareness campaigns to improve public understanding of dementia, only a quarter of countries have a national policy, strategy or plan for supporting people with dementia and their families, prompting WHO to call for renewed commitment from governments.

Half the countries with national policies, strategies or plans are in WHO’s European Region, yet even in Europe, many plans are expiring or have already expired.

The COVID-19 pandemic has also resulted in “profound” disruption for people living with dementia, including hampering dementia risk reduction programmes.

“The world is failing people with dementia, and that hurts all of us,” said WHO Director-General Dr Tedros Adhanom Ghebreyesus. “ Four years ago, governments agreed on a clear set of targets to improve dementia care. But targets alone are not enough. We need concerted action to ensure that all people with dementia are able to live with the support and dignity they deserve.”

WHO’s Western Pacific Region has the highest number of people with dementia (20.1m), followed by the European Region (14.1m), the Region of the Americas (10.3m), the South-East Asia Region (6.5m), the Eastern Mediterranean Region (2.3 m) and the African Region (1.9m).

Dementia is caused by a variety of diseases and injuries that affect the brain, including Alzheimer’s disease or stroke. It affects memory and other cognitive functions, as well as the ability to perform everyday tasks.

“A challenge of this size cannot be tackled by working in silos. We must combine forces, improve the capacity of health systems to prevent and treat dementia, share quality data, reach beyond our traditional ways of conducting research, and address dementia as a global community,” said Dévora Kestel, WHO Director Department Mental Health and Substance Use.

“Dementia robs millions of people of their memories, independence and dignity, but it also robs the rest of us of the people we know and love,” said Dr Tedros. 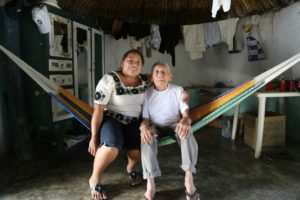 “These increased deaths reported in 2020 may be due to factors such as interruptions in routine care, breaks in medication supply chains and resultant medication stock-outs, decreased access to emergency services, and the psychosocial impacts of public health measures designed to control the pandemic,” states the report.

It highlights numerous barriers that impede the progress of dementia reduction including stigma and the lack of public awareness of its importance, lack of financial resources available for dementia risk reduction programmes, inequitable distribution of services, human resource limitations, and lack of coordination between sectors both nationally and locally.

In terms of COVID-19’s impact on dementia carers, the report found that lockdowns limited the services offered to people living with dementia resulting in delayed access to diagnostic and post-diagnostic care and a significant impact on cognitive health.

A stand-out finding of the report is the urgent need to strengthen support, of care for people with dementia, and in support for the people who provide that care, in both formal and informal settings.

Some 75% of primarily high-income countries reported that they offer some level of support for carers – carers spent on average five hours a day caring for those suffering from dementia, with 70% of care being provided by women. 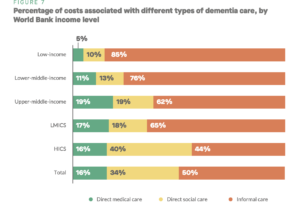 High costs of research and development coupled with several unsuccessful clinical trials have led to a decline in new efforts, the report found.

However, countries like Canada and the US have recently allocated funds towards more dementia research. The US increased its annual investment in Alzheimer’s disease research from US$ 631 million in 2015 to an estimated $ 2.8 billion in 2020.

“To have a better chance of success, dementia research efforts need to have a clear direction and be better coordinated,” said Dr Tarun Dua, Head of the Brain Health Unit at WHO. “This is why WHO is developing the Dementia Research Blueprint, a global coordination mechanism to provide structure to research efforts and stimulate new initiatives.”

Future research efforts, states the report, should focus on the people living with dementia and their carers and family.